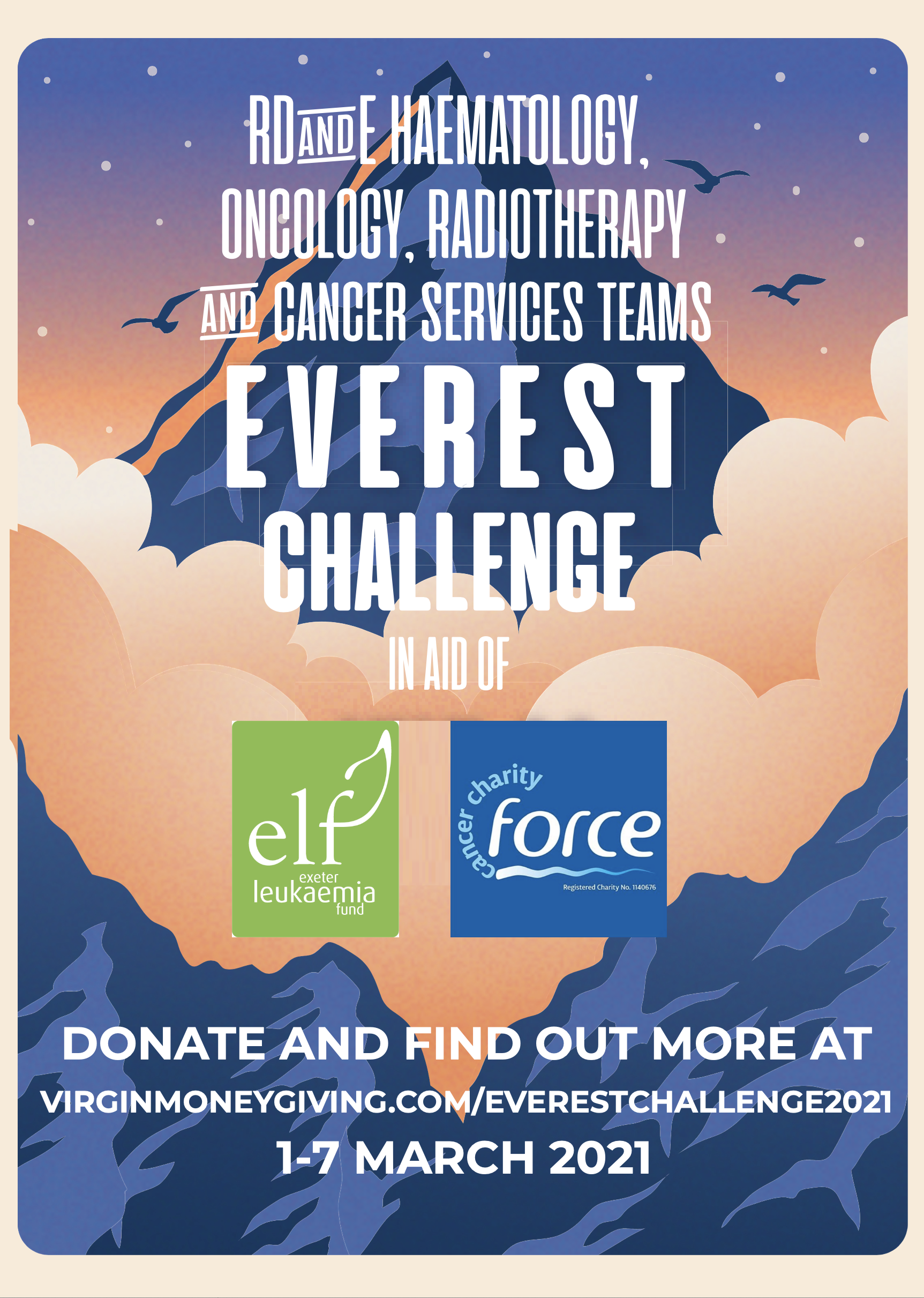 The challenge is on! Four teams from the Royal Devon and Exeter Hospital are competing in a virtual Everest Challenge this week.

The classic Himalayan trek from Lukla in Nepal to Everest Base Camp and back is 130km  65km each way – and the aim of the challenge is for the teams to collectively walk the distance as many times as possible in one week.

The teams began battling it out on Monday March 1 and the challenge ends on Sunday March 7.

They are undertaking the challenge to thank ELF and FORCE for the help and support they provide to their departments, as well as the many patients and families treated at the RD&E.

They have set themselves a target of £5,000 and had nearly reached the £1,000 mark well before the end of Day One.

You can sponsor their efforts at uk.virginmoneygiving.com/EverestChallenge2021

Last year a team of 86 cancer specialists from the hospital raised more than £7,000 for FORCE by doing laps of the Wonford site, inspired by Captain Sir Tom Moore’s fantastic efforts for NHS charities.

They completed a total of 642 laps, covering 1,284 kilometres or nearly 800 miles by running or walking two-kilometre circuits around the perimeter of the RD&E campus last week, before and after work and during their breaks.

It was a fantastic boost for FORCE, which continued supporting local people affected by cancer throughout the Coronavirus pandemic.

ELF supports the 600+ patients with blood cancer and related conditions who are treated at the RD&E’s Haematology Centre each week.

Both charities have suffered significant financial shortfalls in the past year with fundraising restricted by COVID-19.

Sarah Daniels, FORCE Head of Income Generation, said: “It is not normally possible to climb Everest in March due to strong winter storms. Thankfully the teams have taken on this challenge virtually’ and from a much warmer base in Devon! This event is a fabulous idea and we are not only grateful to everyone involved but to everyone who is sponsoring the nurses, doctors and administrators to raise funds for FORCE and ELF! Keep on Climbing  the summit is in sight!”

A spokesperson for ELF echoed those sentiments, saying: “Your donations and support have never been so important.”