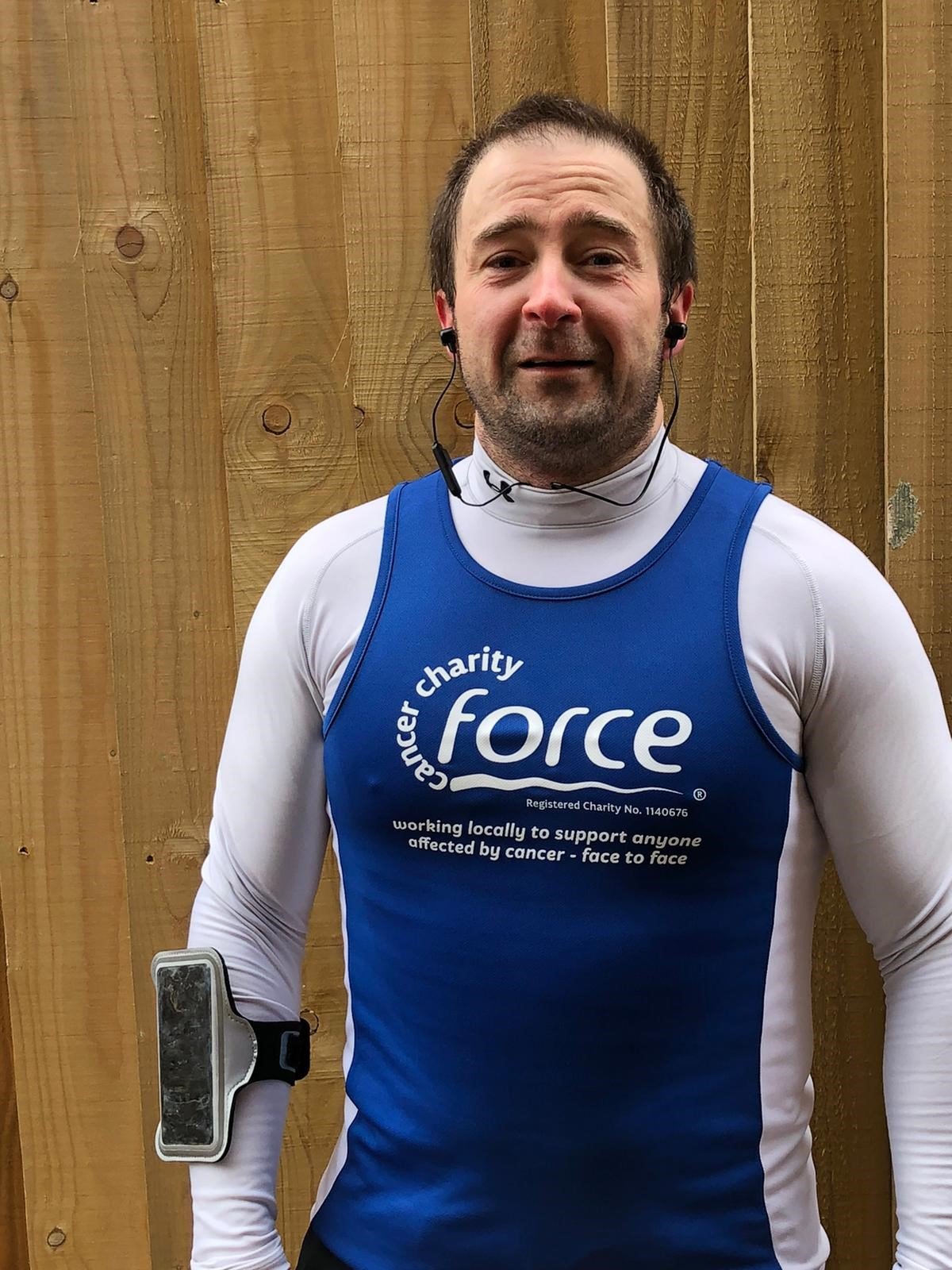 Ben Howels is hoping to raise £1,500 for FORCE by running 500 kilometres in March.

“I usually manage about 16 kilometres a week, so it’s a 7x step up for me – but they’re steps I’m going to climb. Metaphorically, anyway,” said Ben.

The 44-year-old solicitor and author of sci-fi fantasy thrillers has made a terrific start to his mad March hare around the streets and pathways of Exeter.

After just eight days he had gone through the 150 kilometre barrier and is nearly half way to his fundraising target – but he has already experienced his first blister!

Ben, who worked for leading local law firm Michelmores for 14 year after completing a law conversion degree at Exeter University, had been thinking of a personal charity challenge for some time.

He had run the Exeter and Bideford half marathons before and taken part in The Grizzly, one of the toughest off-road endurance runs in the country, but that was 15 years ago.

So having chosen a significant test of stamina and endurance – “Five hundred seemed like a nice round number!”  picking a charity to support wasn’t difficult.

“I suppose my story is like too many others – we all know, have known, and will know people going through the horrors of suffering from cancer,” he said.

“It’s indiscriminate, it’s cruel, and it takes so much from so many. The suffering is constant, and global – but it’s also local.

“That’s why I’m trying to raise as much money as I can for FORCE Cancer Charity. They undertake invaluable cancer research and they also provide superb support and treatment for cancer sufferers in and around Exeter.

“Their work needs to continue, and they deserve support – and in my case, because I’m an idiot, I decided that meant running 500 kilometres in a month.”

Ben is mainly running alone all around the city so if you see him in his FORCE top, pounding the paths and pavements where you are, give him a cheer and a wave.

Or better still, go to his fundraising page – justgiving.com/fundraising/ben-howels – and help him reach his goal.

“FORCE is a great charity, and what they do really is priceless. So is your support.”