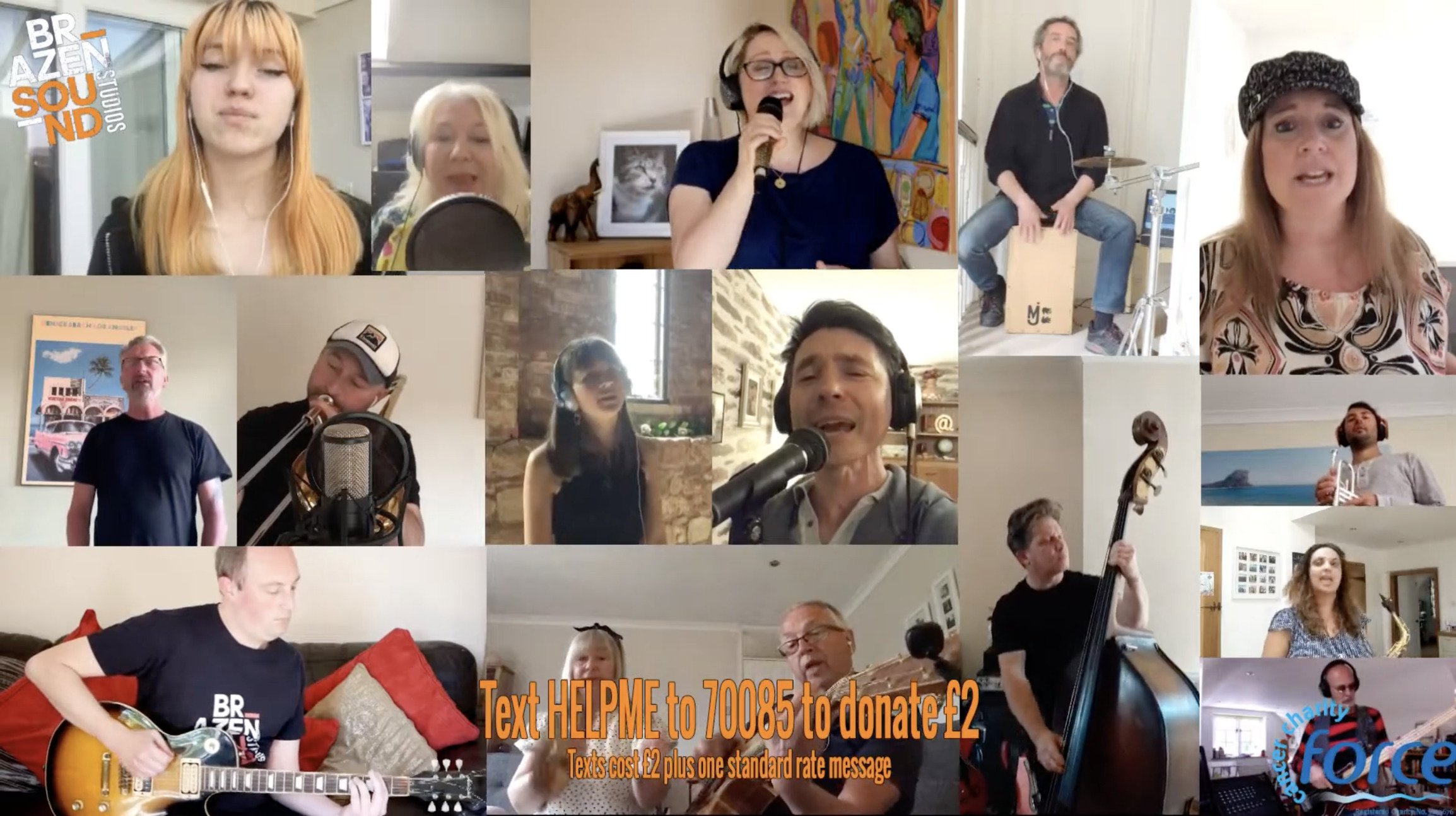 A group of local musicians and medics have joined together to produce a charity video.

The eighteen talented performers have recorded a version of Help! by The Beatles.

And they all played their part from the safety of their own homes.

The video is raising money for FORCE Cancer Charity, which has continued to support local people throughout the Coronavirus pandemic.

The project was co-ordinated by Shelley and Ian Poole from the multi award-winning wedding and function band Quite Brazen.

Ian plays guitar and piano and is a sound engineer and music producer while Shelley is a professional singer and specialist dental nurse at the Royal Devon and Exeter Hospital.

The couple from Exmouth own music rehearsal and recording space Brazen Sound Studios in Exeter.

“As we are deemed a non-essential business at this time, our doors were forced to close to musicians and our own planned gigs were cancelled or rescheduled into 2021,” said Shelley.

“Many musicians are missing this outlet of creativity and we knew a fair few who would be keen to have a go at an isolation project.

“They were more than happy to give their time during lockdown to record some music to help FORCE raise awareness and some much-needed funding.”

Shelley was also aware that there was plenty of willing musical talent among her colleagues in the Oral and Maxillofacial Surgery department at the RD&E.

Oral surgeon Rick Kerr, whose wife Annie is Information Manager at FORCE, first prompted the idea of fundraising for FORCE.

Ian and Shelley took up the challenge.

“We recorded a version of Help! ourselves. Ian played all the parts and I did the vocals,” explained Shelley. “We sent this out to musicians to record their parts on phones or with their home gear.

“We then added their parts into the track and made a video montage incorporating everyone into the video.” 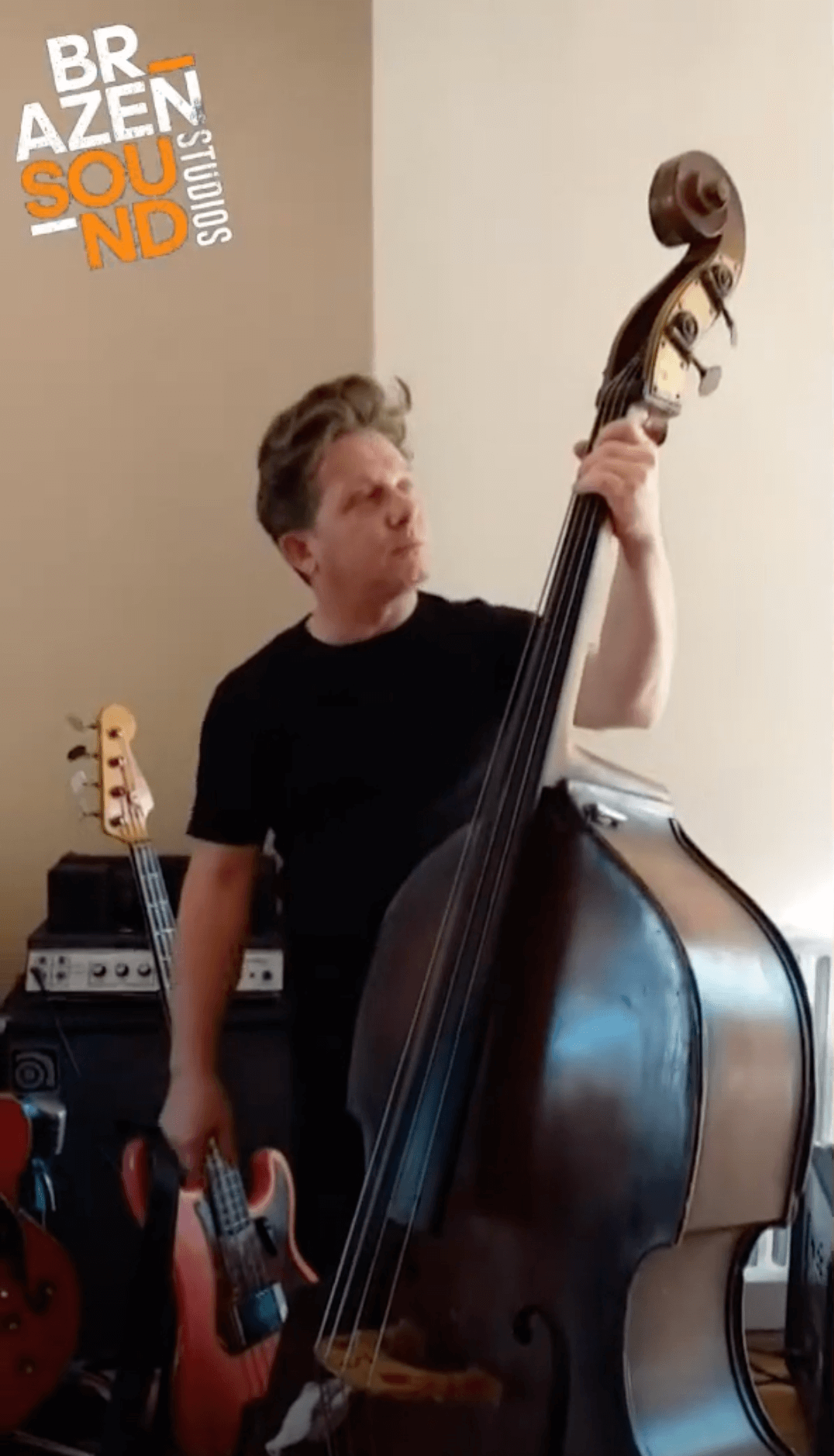 At the other end of the experience scale are Tavia Graham and Izzy Warren, 18-year-old singer-songwriters making a great impression on the local music scene.

Matt Byrne, singer with local band Soul Traders, had a special reason for getting involved. In 2009 he was diagnosed with cancer of the tongue and was unsure whether he would ever speak, let alone sing again.

After surgery, radiotherapy and support from FORCE for him and his family, he was able to resume a professional singing career. 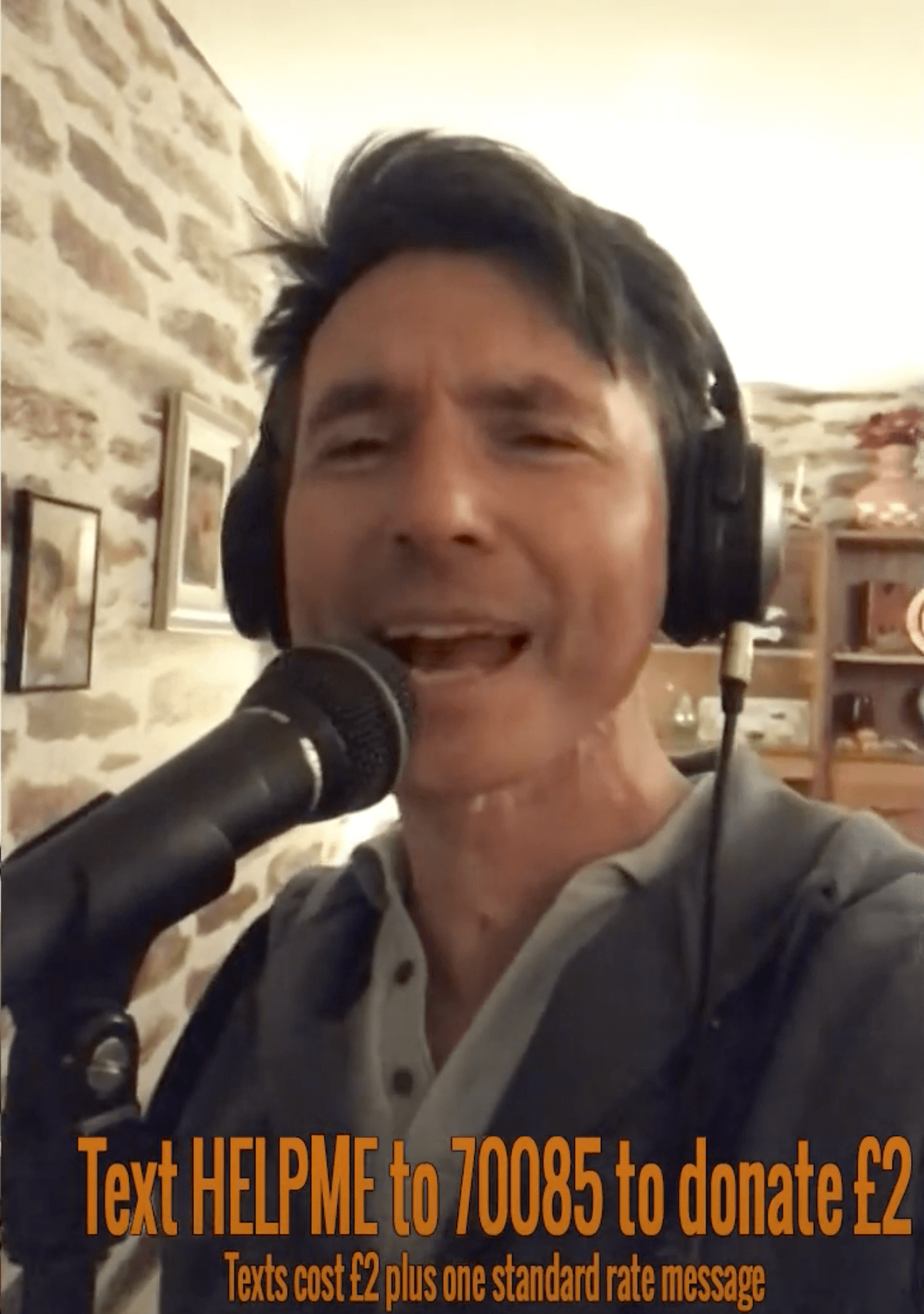 “Ian has spent such a long time on this project,” said Shelley. “It’s been a real labour of love. We really hope you love what we created and it raises lots of funds for FORCE!”

To donate to FORCE, text HELPME to 70085 to give £2 (plus standard message rate). If your network does not support text giving, go to www.forcecancercharity.co.uk/donate to make a contribution.