While England were thrashing Panama 6-1 in the World Cup, a Devon cyclist staged his very own Match of the Day.

Kelvin Curtis from Cullompton dropped down on one knee at the end of FORCE’s 100-mile Nello cycle event and popped the question to long-term partner Louise Pope.

Louise was shocked but delighted as he slipped a hastily purchased engagement ring on her finger to the cheers of fellow cyclists and supporters.

He was taking part in The Nello to raise money in memory of a great friend who died from cancer two years ago.

Just ahead of a lung-bursting climb to the highest point on the course  1,515 feet above sea level on Exmoor  he decided he was going to propose at the finish line. 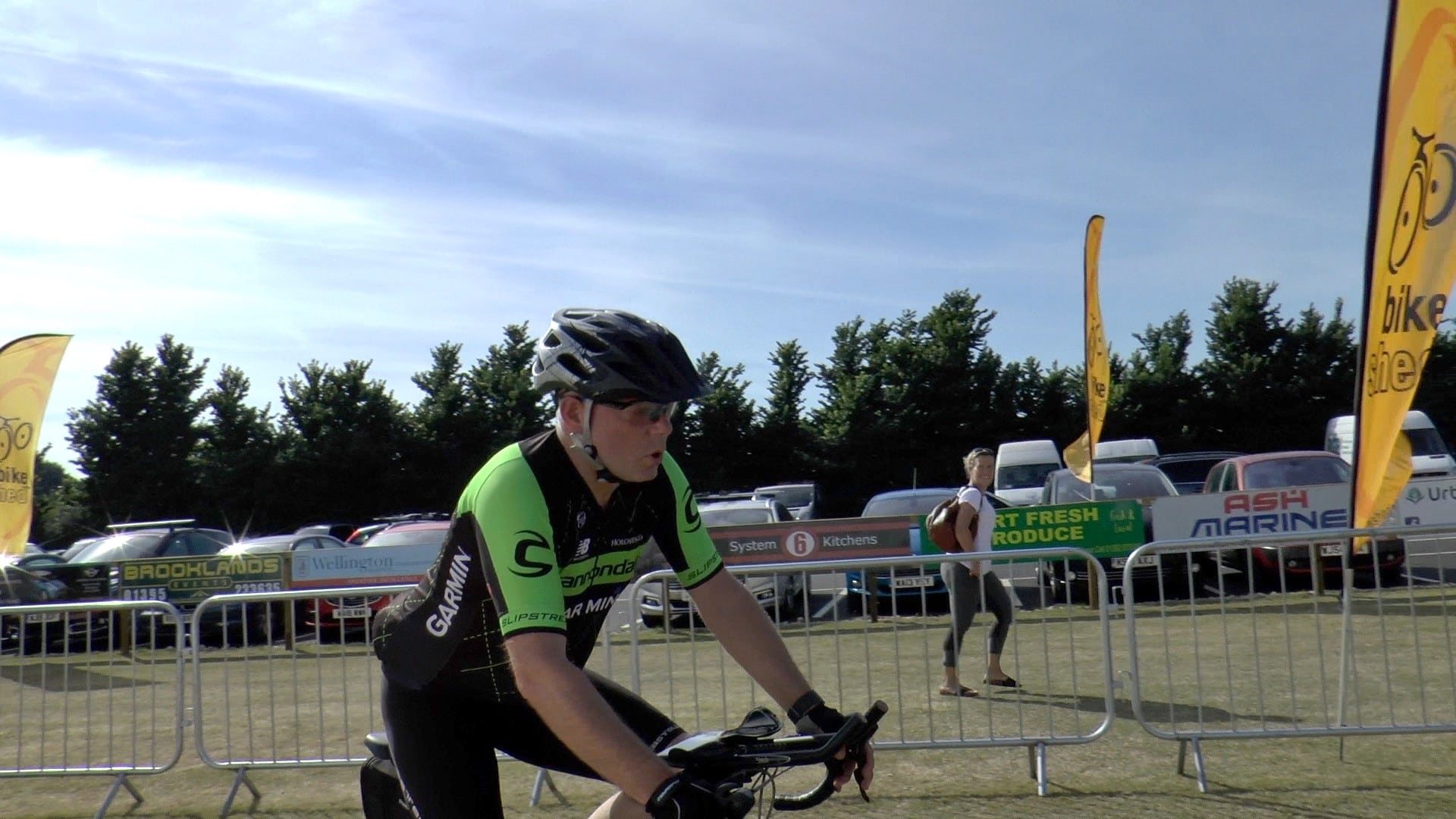 “I was nearly 50 miles in and it hit me that life is too short and too precious and people are too precious to waste time so I was going to ask Louise to marry me,” said Kelvin.

He phoned friend Tom Evans, who rushed into Exeter to buy a ring and give it to him at Cowley Bridge en route back, and also had to persuade Louise to be there at Topsham Rugby Club to see him complete a tough personal challenge.

“I phoned her from the 60-mile food station to ask if she’d be there to see me at the end and she said probably not. I thought, it’ll spoil it a bit if you don’t!” said Kelvin.

Luckily she did make it and after a nervous wait  Kelvin got slightly lost on his way to the finish  the drama unfolded.

He’d even phoned ahead to get Louise’s favourite song, Christina Perri’s A Thousand Years, playing on the PA as he approached the finish.

“I’m shocked, very shocked,” said Louise, a preschool assistant in Cullompton. “I wasn’t even going to come down.” 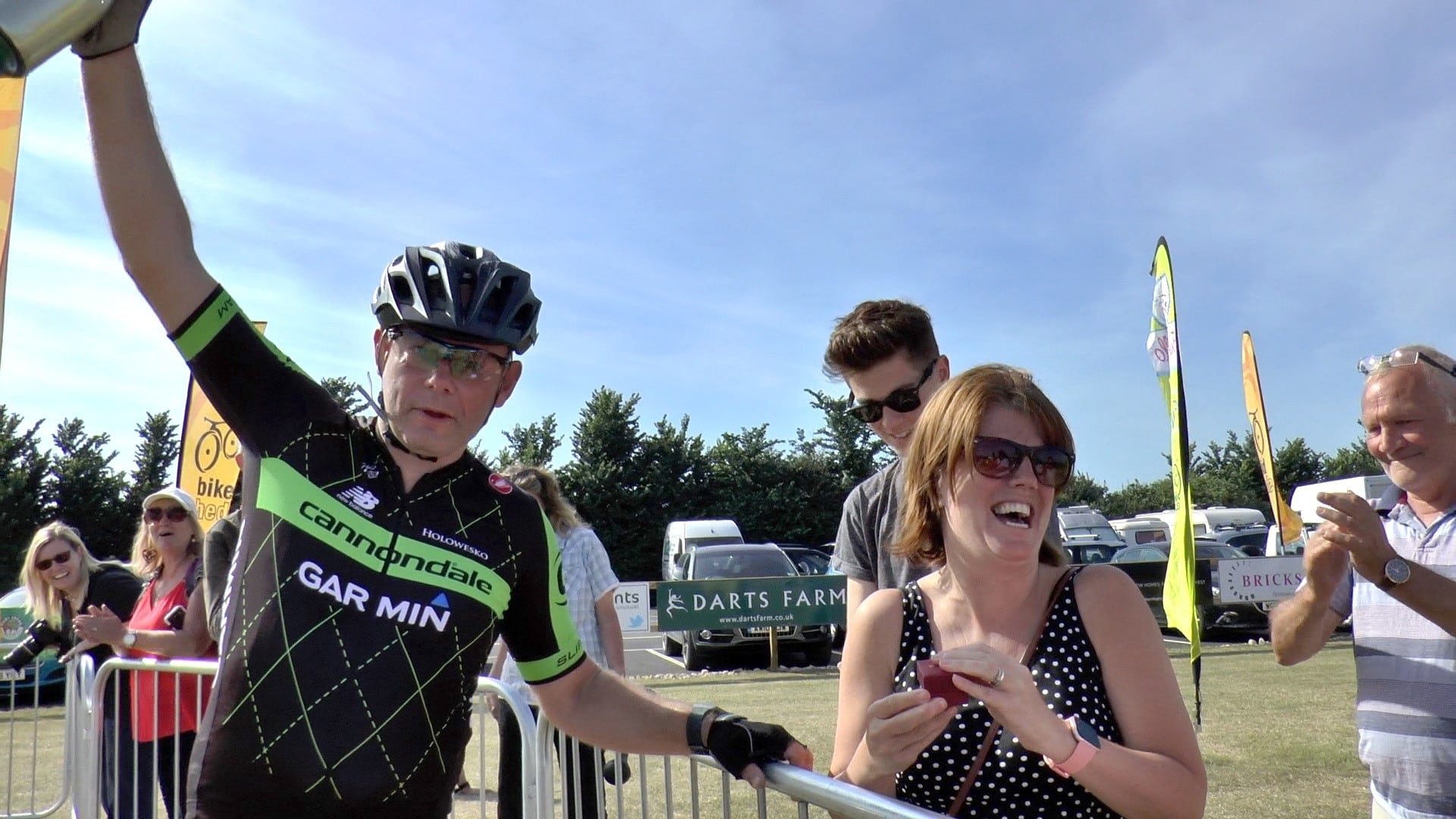 Event organiser Sarah Daniels, FORCE Cancer Charity’s Head of Income Generation, said: “Congratulations to Kelvin and Louise. We are so happy for them. This is a first for The Nello. We know of couples that have got together and married after meeting at The Nello and we’ve even had our first Nello baby but this is the first time we’ve had a marriage proposal on the day of the ride. It’s magical!”

The couple, who have two children, Liam (16) and Chloe (12), met just over 25 years ago at the Verbeer Manor Night Club in Willand where Kelvin worked as a barman

He works as a despatch supervisor at Two Sisters Food Group in Willand. It was the death of a former colleague from cancer that inspired him to join 1,200 other cyclists taking part in the biggest annual fundraising event for Exeter-based FORCE. 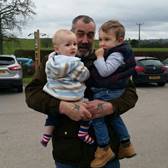 Kelvin choked back the tears as he explained: “My friend was Alan Moon, a devoted father of rugby player Ben Moon from the Exeter Chiefs and Dom, husband to Jayne and at the time he passed, grandfather of two. He missed the birth of his third grandchild by one day.

“We were always playing practical jokes on each other. He had that special gift of becoming one of the nicest most genuine people you could ever wish to meet within minutes of meeting him. We soon developed a very close and cherished relationship.

“He came to work one day and announced he had throat cancer. Over the next few months following intense chemo he was given the all clear for throat cancer but shortly afterwards he quickly deteriorated as the cancer had spread to his brain. He passed away on 12th June 2016 at the age of 52.”

The loss of his friend affected him deeply.

“When I signed up for The Nello my philosophy was, the pain I will feel on my bike ride will only be short term and will be nothing compared to the pain and anguish that the friends and family feel when they lose a loved one to this horrible disease. It takes no prisoners and doesn’t care how loving, caring, warm-hearted and generous its victims are,” he said.

Kelvin trained for the event with 76-year-old David Jack, who was riding for the first time since the death of his wife, Ruth, in February 2012. David rode the 55-mile route this time but had done the 100-mile Nello five times, including his last outing in 2009, and had prepared his young protégé well. 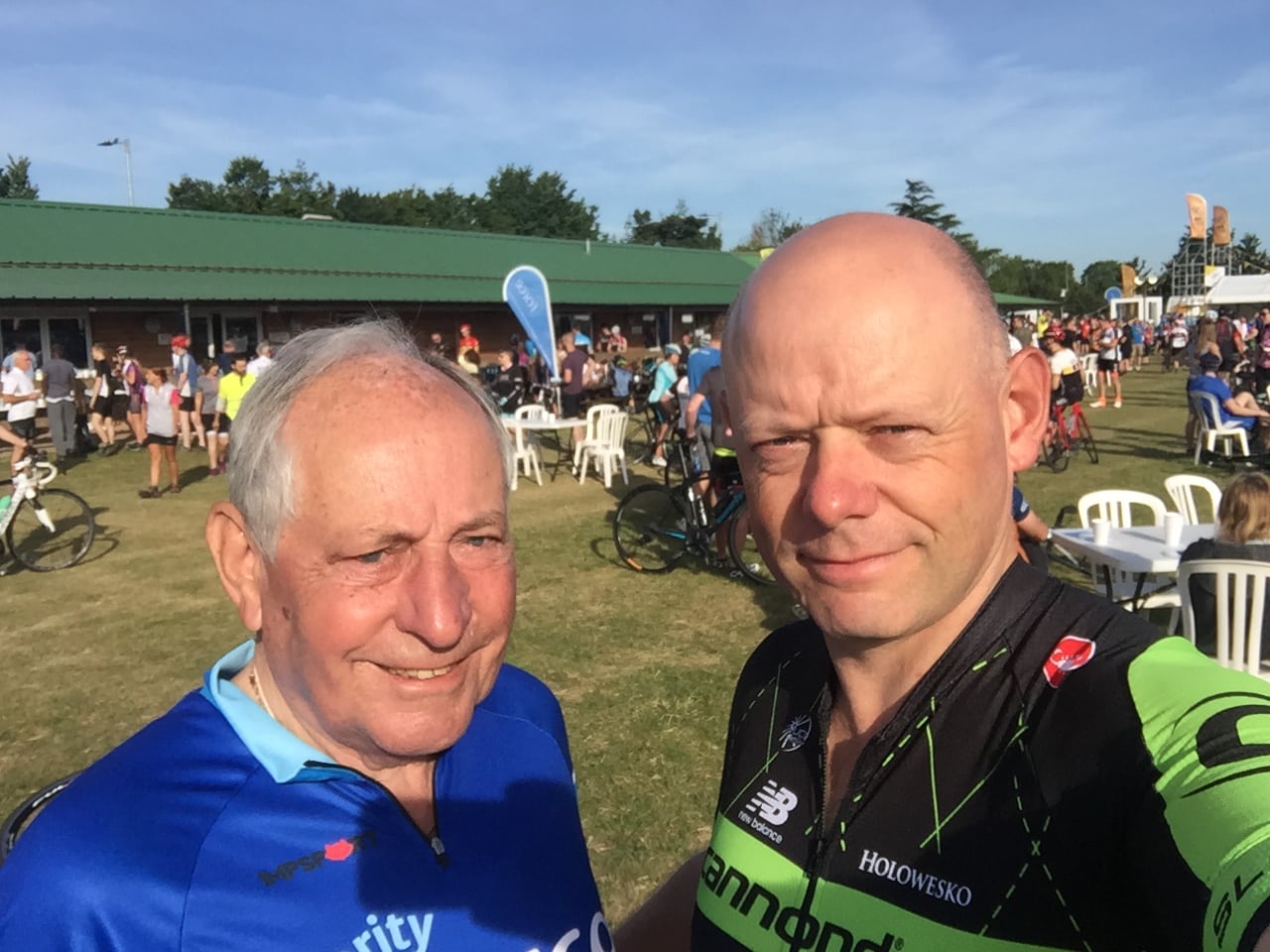 “When I was halfway somebody said to me, if you’re struggling just think of the people you’re doing it for. That got me thinking about Alan and how special he was,” said Kelvin.

“I thought to myself, there is one very, very special person in my life and she deserves to know that. She has been my rock for the last 25 years and especially so last year when she helped me through a really tough time in my life,” he added.

Kelvin boldly suggested they ride next year’s Nello on a tandem in their wedding outfits.

This time she said NO!