A family from East Devon has just completed a six-month mission to raise money for charity by taking part in a series of walking and running challenges.

Jo Robjant from Honiton wanted to give something back to FORCE Cancer Charity for the support she has received after twice being diagnosed with cancer.

She and members of her family and friends have covered more than 200 miles between them.

They did it by completing four half marathons, fun runs and a 10-mile group walk on the banks of the River Otter.

Their efforts have yielded more than £7,600 for FORCE.

“I can’t believe how supportive everyone has been,” said Jo, who was first diagnosed with breast cancer 16 years ago.

“It’s something I’ve been wanting to do for ages to give something back for all the care and support FORCE has given me over the years. I thought about jumping out of a plane but didn’t think I could do that!” 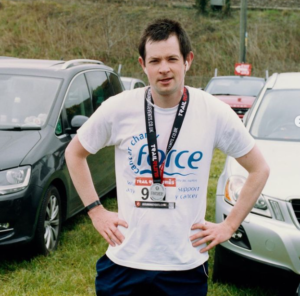 The second part in June involved 14 friends and family joining Jo on their River Otter ramble.

“It took us six hours to complete, with three small stops along the way. We were very lucky with the sunny weather,” said Jo. 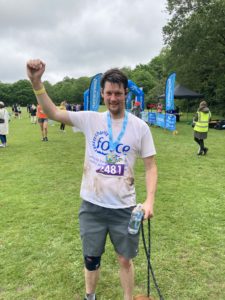 The final chapter involved Jo’s nieces Jo Harvey and Hattie Small running the Bournemouth half marathon, the day after their children – Oli (13), Ru (12), Eva (8) and Harry (6) – had completed the event’s special fun run for youngsters.

Jo, who is now on chemotherapy tablets after a shock second cancer diagnosis last year, has been overwhelmed at the amount of sponsorship each of the challenges has attracted to her online sponsorship page – https://uk.virginmoneygiving.com/JoRobjant

“I’m very surprised. I didn’t think we’d make anything like this. It’s been great,” she said.

She and husband Steve have lived in Honiton for 30 years and used to run a gift shop in the town.

He now runs his own architectural practice. Jo has paid tribute to how supportive he and her family have been and to the generosity of his clients.

She is also hugely grateful for the treatment she has received from the breast care unit at the Royal Devon and Exeter Hospital and FORCE.

“We are so lucky here,” said Jo, whose sister has also just started treatment for lymphoma. “Just being able to pick up the phone and speak to a nurse for advice is great and you are never kept waiting long. Everyone has been fantastic and you still are.”

Naomi Cole, FORCE Community Fundraiser, said: “We are so grateful to the Robjant family and friends for all of their fantastic support of FORCE – not just with the various challenges themselves, but also with the fundraising.

“We are blown away by the incredible total raised and the money will make a real difference to local people affected by cancer at a time when our services have never been needed so much. Thank you to everyone involved.” 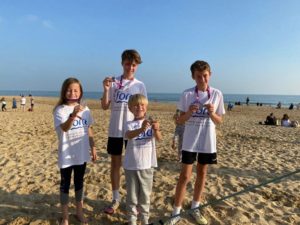 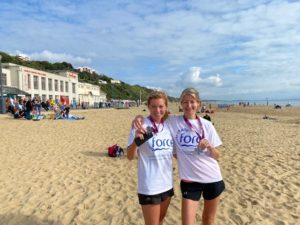