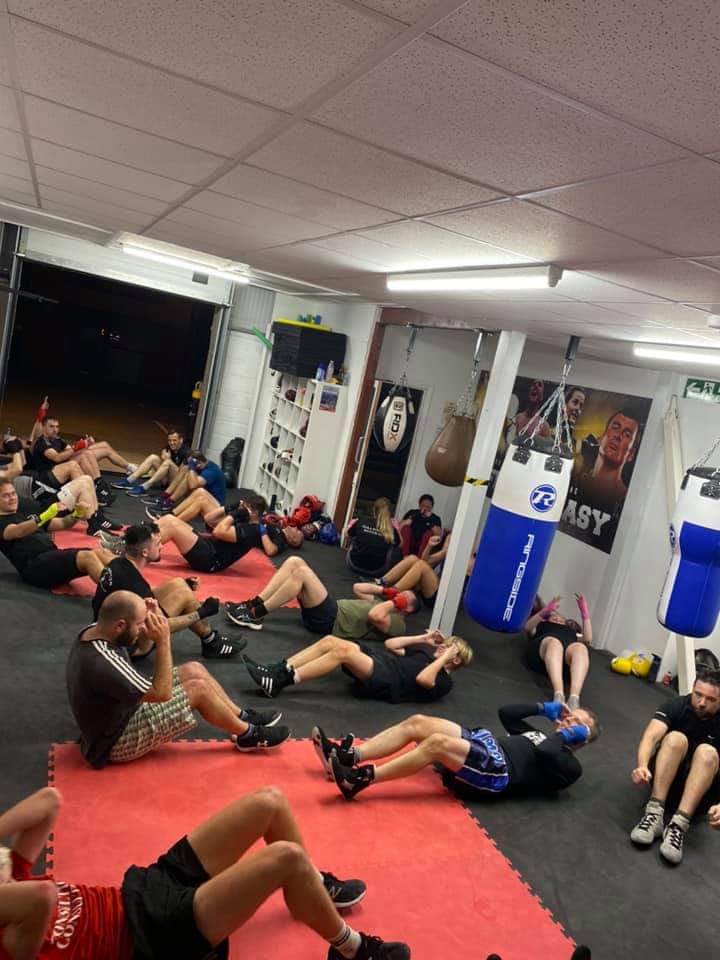 A group of 30 first-time boxers will make their debuts in the ring this month at a special event in Cullompton.

Unfinished Business is a charity show on Saturday November 13 at the Culm Valley Sports Centre.

It’s being staged by Cullompton Boxing Club to raise money for FORCE Cancer Charity, which offers support for local people affected by cancer.

The club offered an opportunity for anyone who wanted a taste of becoming a boxer a free 12-week training course, culminating in a bout at the big event.

Thirty people – 22 men and eight women – have signed up to take part so there will be 15 bouts on the card.

Each contest will feature three two-minute rounds with all the razzamatazz of a big fight night – smoke, walk on music, ring girls and an MC.

The atmosphere will be “fun and very loud” according to organiser and boxing coach Russ Murch. “We try to make it as close as possible to the sort of thing you see on TV. There’ll be no booing, everyone is treated with respect for the courage they’ve shown just to step into the ring. I take my hat off to all of them,” he said.

The people who signed up are aged between 18 and 56 from a range of occupations, including a solicitor, archaeologist, bricklayer, postman and police officer.

They have trained regularly at Cullompton Boxing Club’s headquarters in Willand, overseen by Russ and fellow coaches Kevin Hills and Shane Fyles and their team.

“We make it very clear that training is serious,” said Russ. “You can’t just breeze through and turn up on the night for a fight. The training regime is strict and you must be committed. 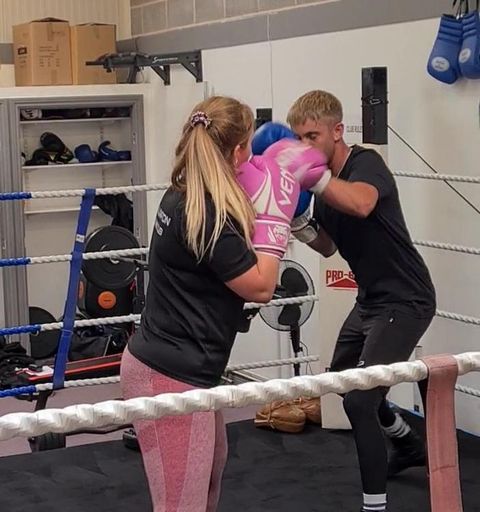 “It’s all about discipline and respect. That’s what makes people realise it can be fun but only if they’ve prepared properly. I’ve been overwhelmed by their commitment.”

Each boxer has been matched with an opponent of similar size, age and skillset.

Some have trained at the club before but others responded to a social media appeal and have had their first experience of a boxing gym.

“For the vast majority it’s a life-changing experience. Hopefully they’ll enjoy their moment in the spotlight,” said Russ.

“The main objective is to keep everybody safe and we aim to have 30 people leaving the ring without getting hurt and with big smiles on their faces.

“We don’t want to rush them. This is their big moment, their day and we want them to enjoy every minute of it. They’ve worked incredibly hard to get to this point and they should reap the rewards.”

This is the third time Cullompton Boxing Club, founded in 2018 and affiliated to the England Boxing governing body, has put on a charity night and it was important to Russ and his colleagues to support a local organisation.

“Cancer touches everyone in some way, shape or form,” said Russ.

“FORCE Cancer Charity is right up there with the work they do to help and support those who are/have suffered in the community and if we can help and give the guys and girls jumping in the ring the experience of a lifetime than that has to be a good thing.”

VIP seats for the event sold out within a week of going on sale but there are still £25 standing tickets available with information on the club website – https://www.cullomptonabc.co.uk/unfinished-business-charity-boxing-events/

The club is hoping to raise £4,000 from ticket sales and fundraising on the night and is appealing to local businesses for raffle prizes.

One of those making her boxing debut on November 13 is 32-year-old Laura Woodward, who runs Parkway Taxis out of Willand with husband Richard.

“I’ve done boxercise fitness drills and I’ve always enjoyed exercising as a stress reliever from work but I haven’t done anything like this before,” said Laura.

“It’s shaping up to be a really good night. They’ve really put us through our paces – beasted us, I think they call it – and we’ve had a few wobbles along the way but we pick each other up again and the training has gone well.”

Laura was especially keen to get involved when she found out the event was in support of FORCE.

She and her colleagues at Parkway Taxis often drive patients from Mid and North Devon to appointments at the Royal Devon and Exeter Hospital in Exeter.

“We really get to know them at a very vulnerable time in their life. We see some people daily for several weeks if they are having radiotherapy and it can be a three-hour round trip,” explained Laura.

“We’ve come to hear from them about all the things that FORCE do so when I heard that FORCE was the charity partner for this event it was a no brainer. If we can give something back from the work we do it somehow completes the circle.”

Laura has also been supporting FORCE since August by donating tips and selling eggs from the eight chickens she keeps at home in Oakford. She’s raised £125 so far.

Parkway Taxis are among the sponsors of Unfinished Business and Laura is looking forward to being cheered on by family, friends and colleagues when she steps into the ring.

“It’s good to get people together and enjoy the atmosphere. It’s going to be a big deal,” she said. “I’m excited about it but I’m only doing it once!” 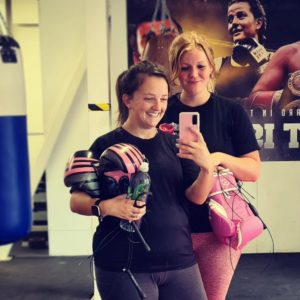