A group of men from Devon will cycle from Exeter to Ipswich later this month to raise money for the charity that supported their friend through cancer.

And they’ve already smashed their original fundraising target by 2,000 per cent!

They are riding in memory of dad of two Mark Davis from Exeter, who was diagnosed with pancreatic cancer in March 2018 and died 18 months later at the age of 52.

Mark was a huge Ipswich Town fan. The cycle crew have timed their challenge to coincide with his favourite team’s final League One match of the season against Charlton Athletic at Portman Road on Saturday April 30.

“We’re a group of 50 somethings who got to know Mark through football, golf and socially. He was such an amazing chap, who dealt with his terminal diagnosis so well,” said Paul.

“He was an exceptional person who made it easy to be around him and he’s still very much in everybody’s thoughts.”

The group set themselves an initial target of raising £2,000 for FORCE Cancer Charity but the total now stands at more than £42,000 before they’ve even set out. 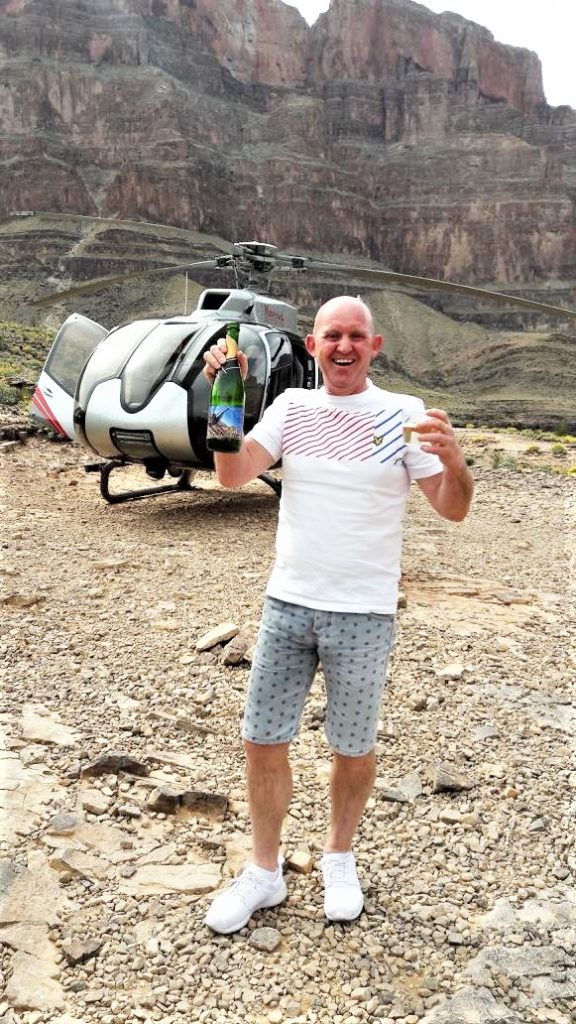 Sponsorship, a race night, a bingo session and a static bike ride by Mark’s partner, Louise Carpenter, took the fund to £10,000.

Then an anonymous donor who wanted to support a charity and heard about the bike ride added £31,000 to the pot.

“It’s phenomenal and beyond our wildest dreams,” said Paul. “It will give us some extra impetus.”

The fab five have been training for 18 months after their original plans were pushed back a year by COVID.

The delay meant that Terry, a director at Heavitree Brewery who wasn’t fit enough to join the original schedule, could be a part of the challenge.

“That’s been one of the real positives, how this has impacted all our lives. None of us were really cyclists and it’s been a journey for all of us,” said Paul. “At our age, we should all know better. Most men having a mid-life crisis get a motorbike!”

They will set out from the Heart of Oak in Pinhoe on April 26 on an 80-mile first leg to Trowbridge. Next day it’s 90 miles to Aylesbury, 84 miles to Sudbury on day three, finishing with a 22-mile roll into Ipswich on the Friday.

“We’re just happy Mark wasn’t a Carlisle fan,” joked Paul, who will be part of a group of more than 20 of Mark’s friends and family at the Ipswich match on April 30.

During Mark’s 18-month battle with cancer, FORCE were a constant support. He and partner Louise used the free services available from the charity to anyone locally affected by cancer, including complementary therapies and financial advice and help with filling in forms from Mike Watson, the Citizens Advice benefits consultant based at FORCE.

“FORCE were amazing, just so brilliant,” said Louise. “The FORCE Centre provides a relaxing and stress free environment that really does make the world of difference when facing such stressful and uncertain times.

“It is an absolute honour to be able to fundraise for such a worthy charity and to be able to give something back that will benefit other patients and their families in the future.”

The Exeter-Ipswich ride has attracted sponsorship for three of the four main legs.

The team are also grateful to their businesses – Paul (Isca Windows), Terry (Heavitree Brewery), Steve (Davie Brothers Scaffolding), Pete (PJ Engineering), Lee (Apex Scaffolding) – for support along with CAP Ceilings and Partitions, who are paying for accommodation, and Dartline, who are picking up the costs of the support vehicle.

You can support the fundraising campaign at https://www.justgiving.com/fundraising/Simon-Courtney1