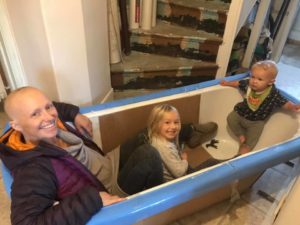 Ceri Rees runs an outdoor adventure company in Devon. On Saturday November 13 he is organising a half marathon around Exeter and in December he’ll be running a full marathon barefoot, all to raise money for FORCE Cancer Charity.

FORCE has supported Ceri and his family after partner Emily was diagnosed with cancer just after the birth of their second child last year. She had a double mastectomy in January 2021.

Ceri is hoping to raise awareness of the work FORCE does to support local people affected by cancer and raise money from Saturday’s Green Lantern run – there’s still time to enter the event, which has Olympic star Jo Pavey as its patron.

Ceri takes up the family’s story…

We had noticed a lump the size of a small egg in Emily’s right breast a couple of weeks into lockdown, but we weren’t overly concerned because it was the same breast where Emily had experienced a blocked milk duct after our first pregnancy, four years previously.

However, on May 19 2020, our world turned upside down. Emily was diagnosed with a Grade 3, invasive ductal carcinoma with abnormal looking lymph nodes. We didn’t yet know if she had any secondaries. Emily had only just recovered from the complicated birth of our second child. 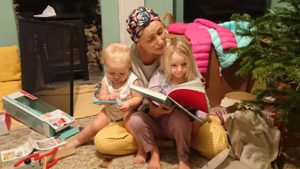 Just when we thought the news couldn’t get much worse, boom! Emily’s genetic tests came back as BRCA-1 positive. This is a genetic mutation, probably inherited from Emily’s paternal grandfather, which may have explained her getting cancer at such a young age.

BRCA-1 is a gene that we all have and is part of our normal genetic make-up, which forms part of our body’s repair system. It looks after the genetic information in our cells and tries to fix any errors or little bits of damage that may occur. If someone has a faulty copy of one of these genes, they are more likely to develop certain cancers. BRCA-1 is especially linked to an increased risk of breast and ovarian cancers. 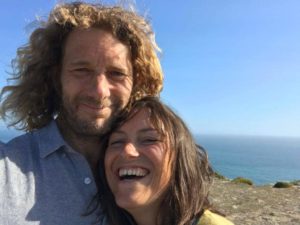 The genetic counsellor’s letter summarised the situation well: “I appreciate you have had an extremely challenging time recently, with a lot to deal with- a new home, new baby and now a diagnosis and possibly a hereditary cause.”

It’s true we had moved into a new house, which needed doing up from the ground upwards, and we had a very wakeful baby, who brought us both delight and sleepless nights. Our friends and family, not to mention many people we did not even know, were utterly amazing, organising food deliveries, helping us to paint our house, as well as offering to guide for free for my outdoors business.

Had we not been in the middle of a worldwide pandemic, my business would almost certainly have folded. More importantly, we had made a conscious decision to explain to our four-year old daughter what was going on. She was disturbed by Emily’s loss of hair, but we were afraid that she was bottling things up, as she seemed to be dealing with it almost too well.

It was really helpful, therefore, to know that all three of us, and any of our relatives potentially affected by Emily’s situation, qualified for counselling, at FORCE should we need it. However, had it not been for the pandemic, FORCE would have been able to offer many other drop-in services such as acupuncture, massage and a place to be.

Emily remembers: “I started seeking support from FORCE through counselling about halfway through chemo, when I received my first dose of EC. The side effects were so horrendous, I thought I was having panic attacks at the thought of going back into hospital.”

She began Zoom counselling with Paul (Grace), one of the resident counsellors, who was able to put her at ease and equip her with tools so that she was able to cope with the remainder of the chemotherapy.

Paul continued to support Emily while she finished her treatment. Then she had to prepare for the double mastectomy operation in January 2021. 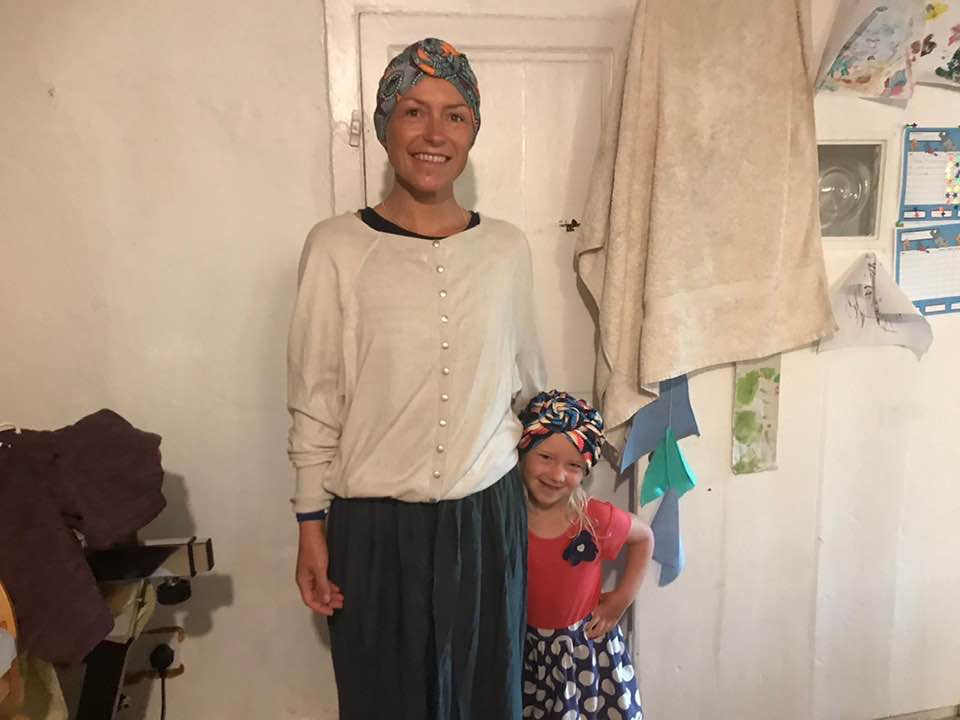 After all the treatment was finished, Seren started attending play therapy, arranged through FORCE, which she responded to really well. All of her bottled up feelings were able to see the daylight and she was able to process things really well.

Today we stand as a family of four, bruised and not beaten. Emily remembers: “FORCE played a vital part in helping each of us to see the next step, when it wasn’t always obvious.”

I run an outdoors and events business called Wild Running, which has so far managed to survive.

We are all so grateful as a family to FORCE, not just for the help they gave Emily and Seren, but just the comfort of knowing that they were there as help and support, if we needed them. While I was able to provide emotional and logistical support to Emily, it also takes the input of a trained professional to understand what it must be like for a four-year-old. 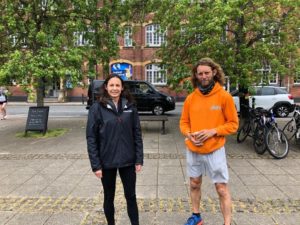 During my research, I Iearnt that FORCE are reliant on charitable donations and so we would like to repay them in some way. While I was waiting for Emily to come out of chemo, I would run around the Green Circle, an urban trail around Exeter.

This became another form of therapy for me, as well as a place of refuge. It seemed like the natural thing to do, to establish a fundraising event to raise money for FORCE.

It’s been an unimaginably hard time for so many people these past 18 months but we are very grateful to be getting back to some kind of normal family life after all the disruption to our lives.

In June 2021, the first Green Lantern attracted 200 entrants and we raised almost £1,000 for FORCE. We have another one on November 13, 2021, which is part of the Wild Night Run Series. This year, the whole seven-race series will raise funds for FORCE.

If you want to find out more or enter the Green Lantern, go to https://www.wildrunning.co.uk/events/category/trail-run-events/

I also plan to run a barefoot marathon before Christmas –https://www.justgiving.com/fundraising/ceri-rees5 – in aid of FORCE in Exeter.