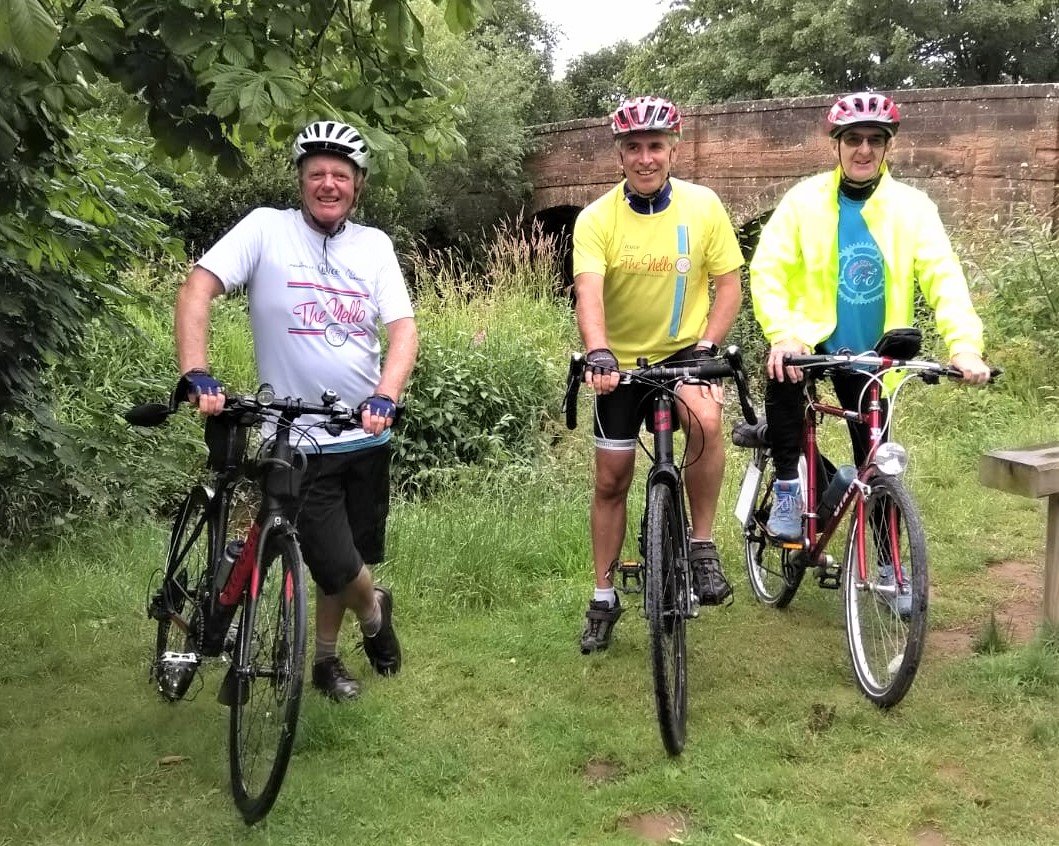 Cyclists have just over a week left to take part in one of the region’s top charity rides.

Ongoing restrictions around the Coronavirus pandemic and mass gatherings meant it was impossible to assemble 1,500 cyclists and their supporters at the usual start/finish area at Topsham Rugby Club and on the roads around the county.

Instead, cyclists have the chance to take part independently with three different challenges on offer.

They can do it on a road bike, mountain bike, electric bike, exercise bike or turbo trainer and ride any time until August 16.

That’s when FORCE had hoped to hold the event for the usual number of cyclists after its original end of June date proved unworkable.

The reinvented Nello  –  sponsored by Bike Shed and Pinarello – has drawn support from all over the world. Cyclists from around the UK, including Scotland and Jersey, Poland and even Australia have taken part along with those who have ridden the roads of Devon.

Richard Tuckett from East Budleigh was locked down’ in Australia so took on a 100km ride over unusual terrain and challenging temperatures.

The Woodbury trio of Peter Payne, Phillip Prince and Mike Elstub, friends and golfing partners at Woodbury Park with a combined age of 200 years, signed up for the 25-mile ride.

They cycled together around the East Devon countryside and clocked up 90 miles between them, raising just over £1,300 for FORCE.

“We thoroughly enjoyed it,” said Peter. “We had hoped to make £250 in sponsorship but people have really embraced the idea and we are delighted to have raised so much for such a good cause.”

“Huge thanks to Peter, Mike and Philip and everyone else who has signed up to make the Virtual Nello 2020 such a success,” said FORCE Head of Income Generation Sarah Daniels.

“And thanks too to everyone who has so generously sponsored our cyclists. We don’t know how much this year’s event will raise but every penny is vital to ensuring that we can still support local people affected by cancer at a time when so many of our fundraising events have had to be cancelled due to the Coronavirus pandemic.

“To date we believe around 500 of the near 800 entrants signed up have cycled in support of FORCE. Families, couples, individuals and friends have followed social distancing guidelines and cycled at the right time for them with a major focus on raising funds for their local charity.

“Friends and families have become support crews around the course, home-made medals have been made, cakes baked, trophies created and even the odd film produced. Communities have shown support and sponsored and donated to family, friends and neighbours taking part. We have really been overwhelmed at the eagerness, determination and stamina of our cyclists. We cannot thank people enough,” she added.

There’s still time to sign up at forcecancercharity.co.uk/events-calendar/the-nello/ or make a donation at uk.virginmoneygiving.com/Team/TeamNello