A Mid Devon man raised more than £8,500 for local cancer patients and their families by walking 710 miles along the entire South West Coast Path.

Jim Bray completed the 56-day, anti-clockwise trek from Minehead in Somerset to Poole Harbour in Dorset last year, with fundraising continuing into 2017.

The walk, entitled Jim’s Journey, raised £8,511.35, which was split 50-50 between FORCE and Over and Above, the charity of the Northern Devon Healthcare NHS Trust.

Jim, 37, who lives in Sampford Peverell, presented cheques to both charities at Tiverton Golf Club.

He said: “The walk was an incredible experience and one I’ll never forget. 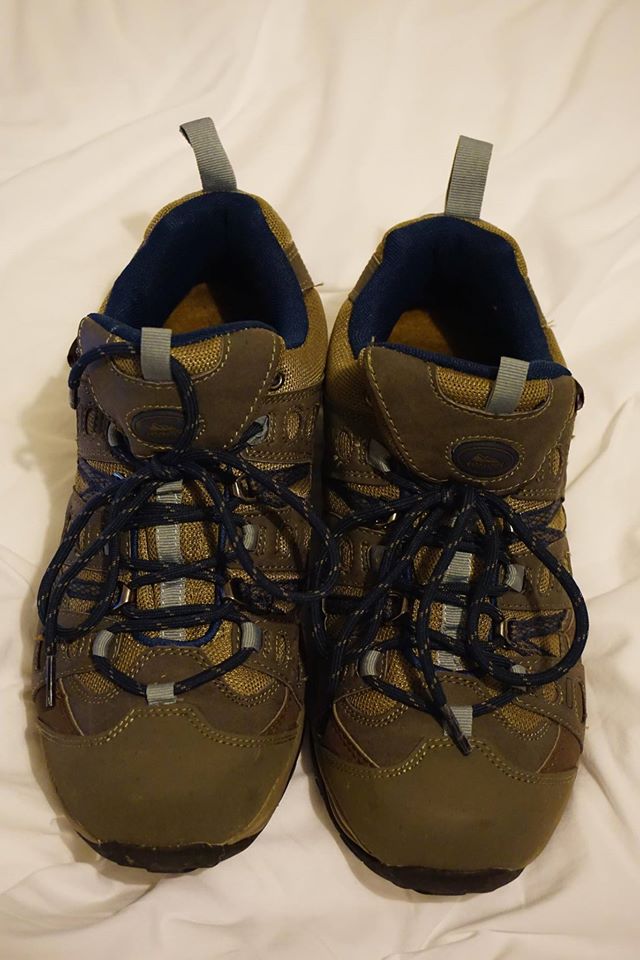 “I can’t help but look back through the photos I took to remind me of the spectacular scenery on the way, including all the dramatic cliffs and rock formations, secret coves, sandy beaches, picturesque harbours, tranquil estuaries and colourful flora and fauna. 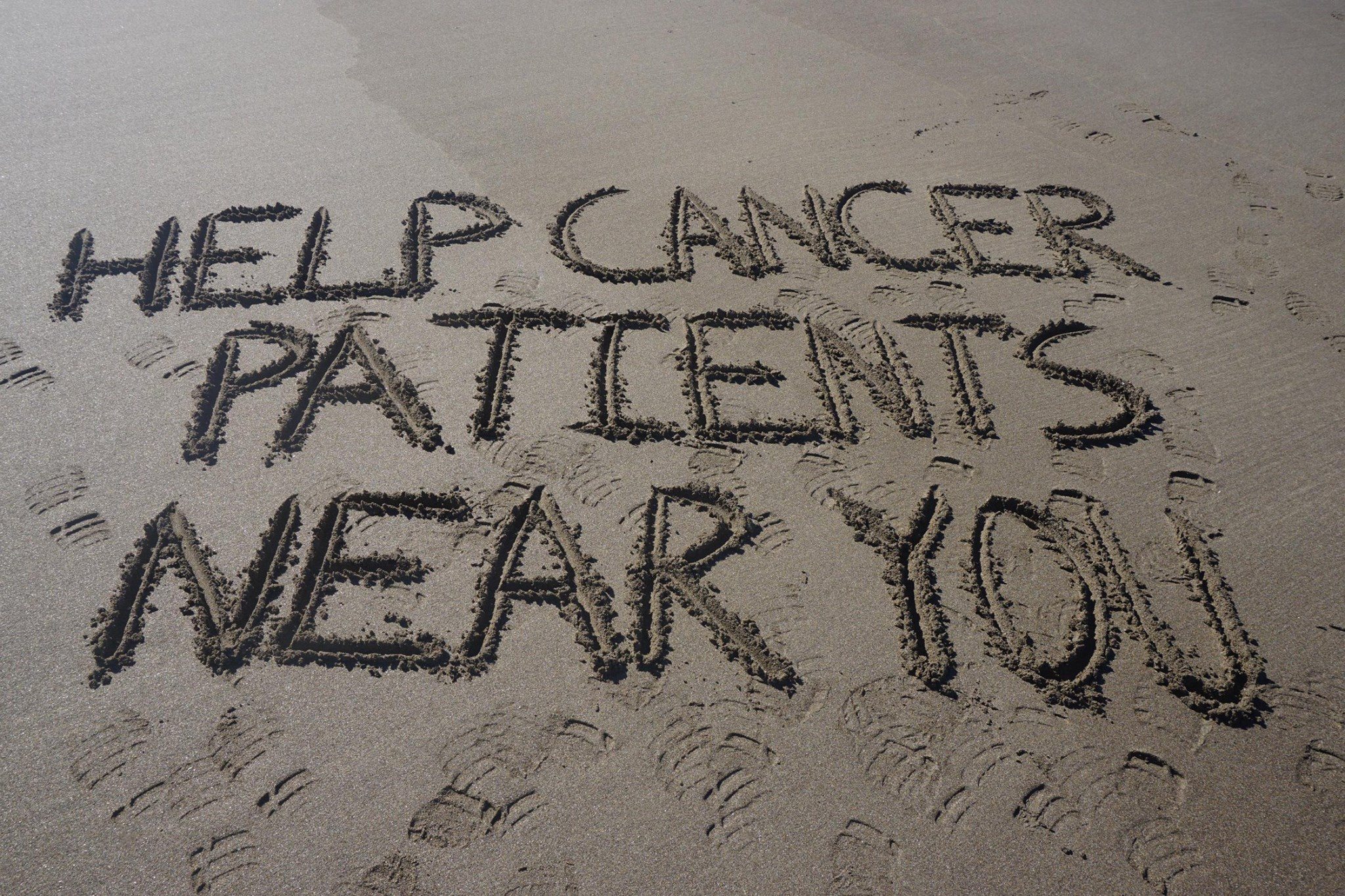 “Any tiredness or pain I may have felt on my travels was soon washed away knowing that every step I took was helping to raise money for two excellent local charities and support patients and families affected by cancer.

“I would like to say a massive thank you to everyone who supported me, particularly my main sponsor Huntsham Court, my six Business Buddies and everyone else who gave so generously, as well as the 40-plus B&Bs, hotels and pubs who made it all possible by offering me free or discounted accommodation.

“Your support will make a real and lasting difference to thousands of patients and families.”

The donation to FORCE will go towards the charity’s outreach service in Tiverton, helping to sustain and enhance the support it offers to local people affected by cancer.

FORCE staff and volunteers provide information, advice, counselling, complementary therapy and other services from the outreach base at Tiverton and District Hospital.

FORCE was the 2016 Captain’s Charity at Tiverton Golf Club, where Jim has been a member since the age of nine.

Naomi Cole, community fundraiser for FORCE, said: “We are so grateful to Jim for his incredible efforts both with the walking and also the fundraising. 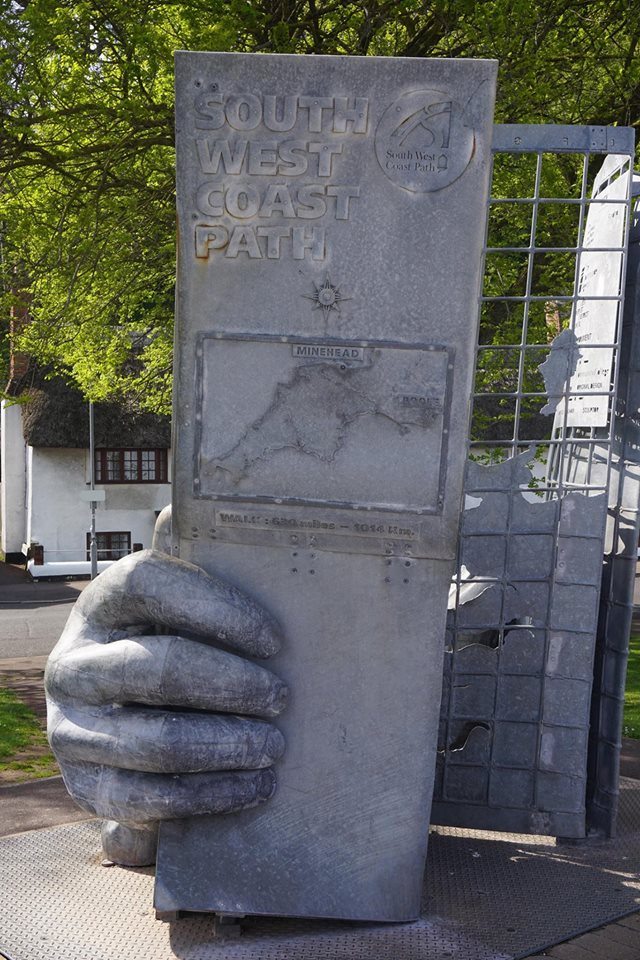 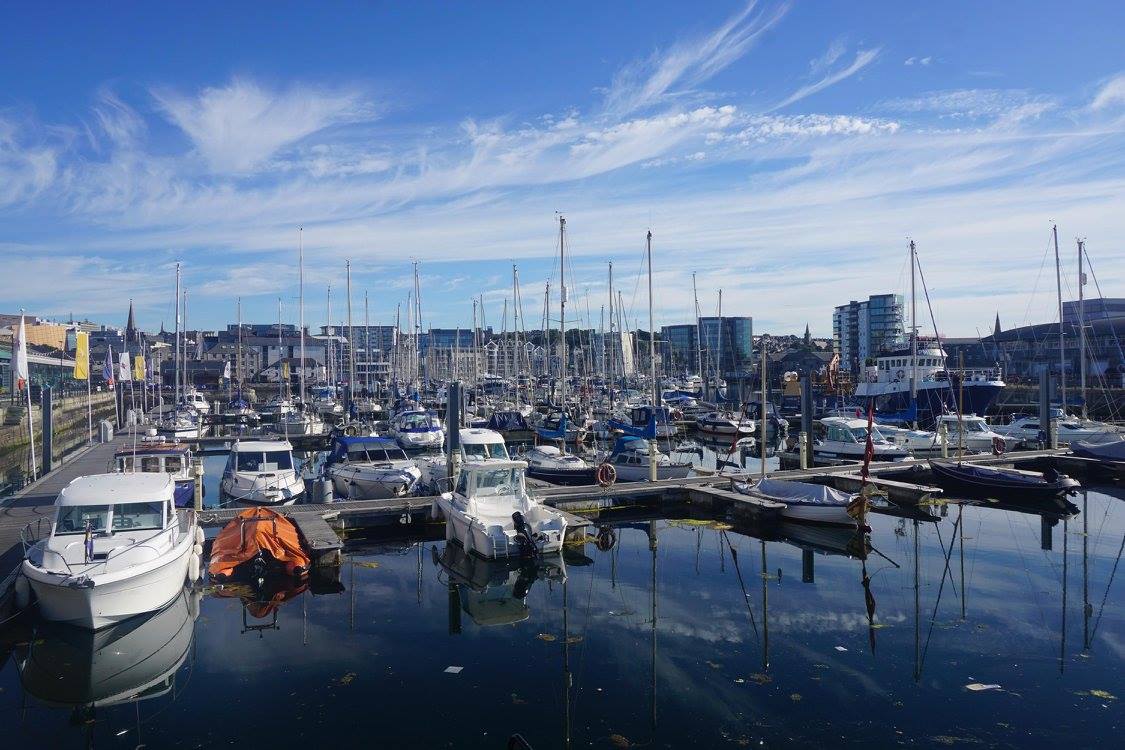 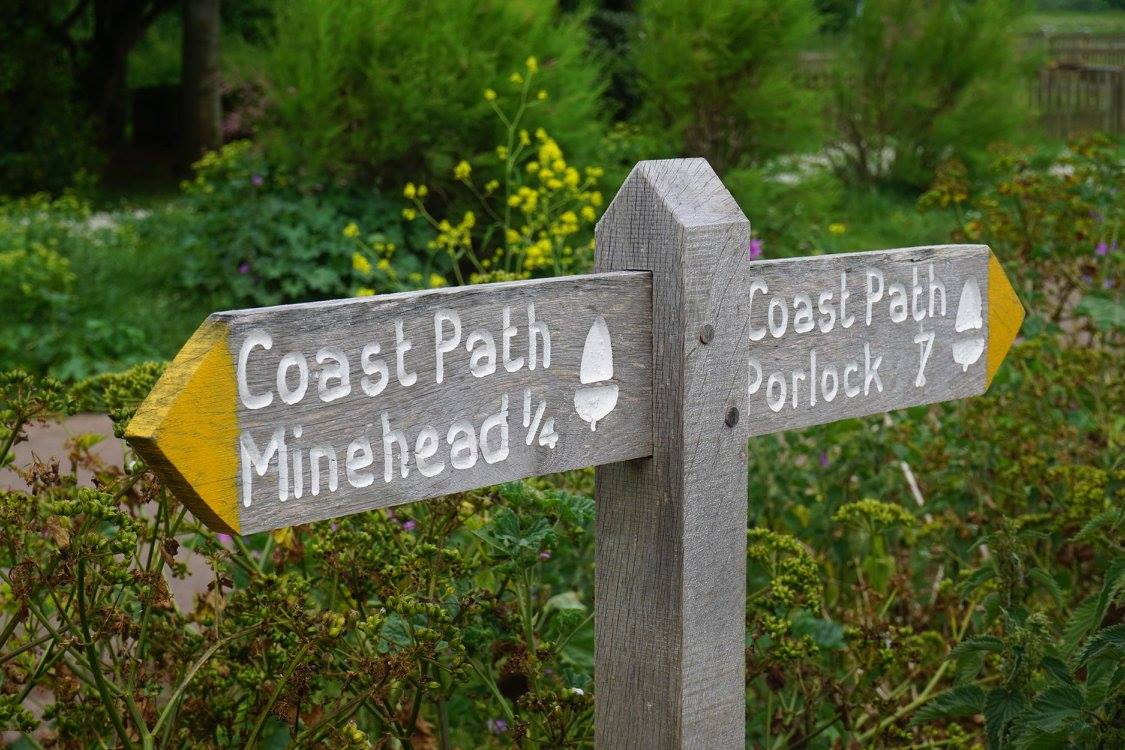 “It was a pleasure to follow his journey around our beautiful coastline, and we would like to pass on our sincere thanks to everyone who supported Jim along the way too.

“The money raised truly will make a huge difference to local cancer patients, and it is much appreciated.”

The donation to Over and Above will go towards a new cancer support unit at North Devon District Hospital in Barnstaple, for which a fundraising appeal will be launched later this month.

The facility will complement the Seamoor Unit, the £2.5million chemotherapy and day treatment centre which opened in 2015.

Jim helped to promote the appeal for the Seamoor Unit in his former job as communications manager for the Northern Devon Healthcare NHS Trust. 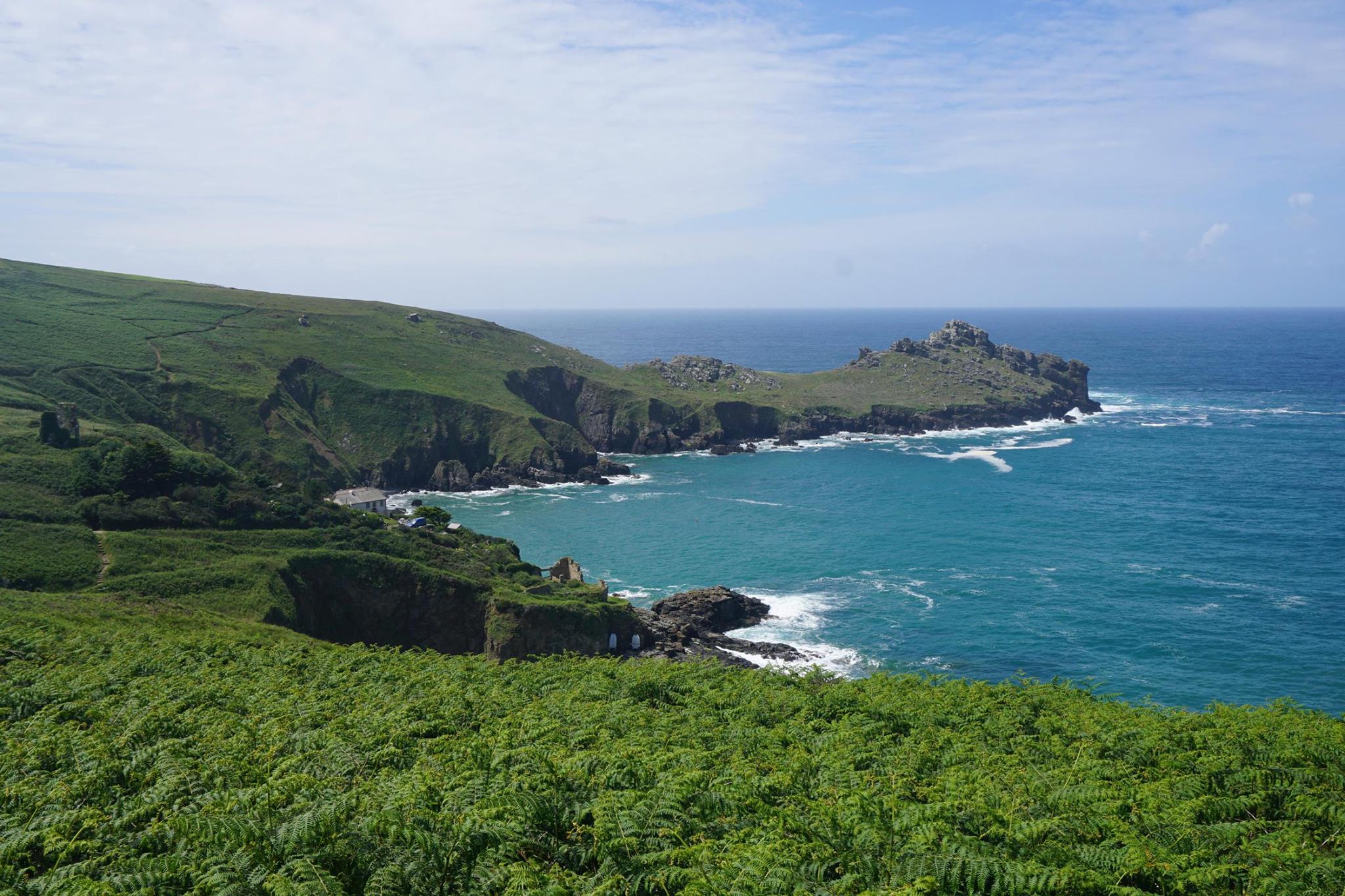 Julie Whitton, fundraising officer for Over and Above, joined Jim on his walk from Woolacombe to Braunton.

She said: “Walking with Jim for 15 miles from Woolacombe to Braunton was an amazing experience.
“It is such a beautiful coast path and we were offered a well-earned drink from Brend Saunton Sands Hotel and received lots of encouragement from other walkers along the way.

Jim’s Journey included 52 days of walking, at an average of 13.66 miles a day, and four rest days.
Although the South West Coast Path measures 630 miles, Jim clocked up 710 miles on his GPS tracker by walking around headlands and other features to seek the best views.
He climbed more than 100,000 feet  around four times the height of Mount Everest.
Jim maintained two 100% records  having a full English breakfast every day, managing 55 on the trot, and having a pint or bottle of cider after, or during, each day’s walk at a pub, cafe or hotel overlooking the sea.
The former Blundell’s School student, who works as a political press adviser for the Conservative Party, funded the walk himself.
His daily photo albums can be seen on the Jim’s Journey page on Facebook.