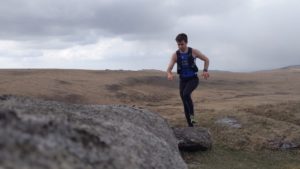 A young doctor from Devon will tackle one of the toughest long distance running challenges in the country next month in memory of his dad.

Jack Edwards from Okehampton is taking on the Dartmoor 500 ultra marathon on June 5 to raise money for charity.

His target is to run to every tor on the moor over 500 metres above sea level in a single day.

Jack is hoping to break the existing record of 15 hours 56 minutes.

He has already raised more than £7,500 in sponsorship for local charity FORCE, who supported his dad Mike when he was diagnosed with terminal bowel cancer in February 2020.

Mike died in April this year and the memory of a “perfect father” has inspired 28-year-old Jack to undertake such a remarkable test of strength and stamina.

“Dad was incredibly positive from day one of his diagnosis. He was a gentle, humorous, lovely man,” said Jack, a doctor in the Accident and Emergency Department at Musgrove Park Hospital in Taunton.

Mike was a land agent who managed nature reserves on Dartmoor so Jack’s choice of challenge is particularly poignant.

He’ll start and finish at the Warren House Inn, setting off at 5am and aiming to complete the distance before 8:56pm.

“I’ll just take it one kilometre at a time. It should be an amazing day.”

The furthest he’s ever run before is 93 kilometres but he’s confident of going the extra distance and will have support along the way with friends running sections with him. 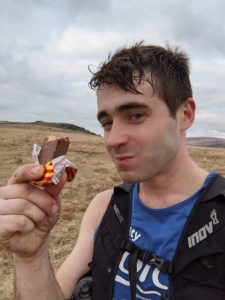 Family and friends will also meet him around the course to offer encouragement and keep him fed and watered.

It’s been a team effort since Mike and Jack began planning for the event in February, a logistical as well as a physical challenge.

One of those logistical elements forced him to switch the start to a day later than originally planned due to scheduled live firing on the Merrivale military range.

“I thought it was a big enough test without having to dodge bullets as well,” joked the former Okehampton College student, who trained at medical school in Exeter, Plymouth and Truro before working in hospitals in Glasgow and Bristol.

Jack appreciates the support Mike received from FORCE during his illness.

An extract reads: “Throughout this time it has been incredibly important to have people to talk to and FORCE have been instrumental in providing this support, keeping their services accessible through the current restrictions. They offer a huge range of services to people and families suffering with cancer in Exeter and the surrounding area. Me and my son Jack have set up this fundraising page to acknowledge this support and aid them in their ongoing work. Many thanks in advance.”

“There is a lot of money behind the challenge now, which is fantastic but also brings pressure,” said Jack.

“That will keep me going. When I want to cave, it will definitely push me on. Dad was so keen to give something back to FORCE and I want to help him do it.

“I’m going to be running past some of his favourite places, which will make it even more meaningful and I get to give him a wave as I go past.”

You can find more information about the route, the tors and previous times at fastestknowntime.com/route/dartmoor-500-united-kingdom