One of Devon’s most well-known dining pubs and fantastic supporters of FORCE is marking its first quarter century in business.

Bucking the national trend of pub closures while competing with an explosion of city centre restaurant franchises, family-run The Jack in the Green at Rockbeare will be celebrating 25 years as an independent business with a calendar of special events.

After a career running hotels across Europe landlord Paul Parnell bought the pub near Exeter in 1992. Head chef Matthew Mason and manageress wife Joanne joined in 1994 with both having recently completed 22 years of service.

In that time the pub has been transformed from an ailing, dilapidated, roadside inn into a multi award winning dining pub that has spent £8.9 million to date on locally sourced food and drink while also employing 29 staff. 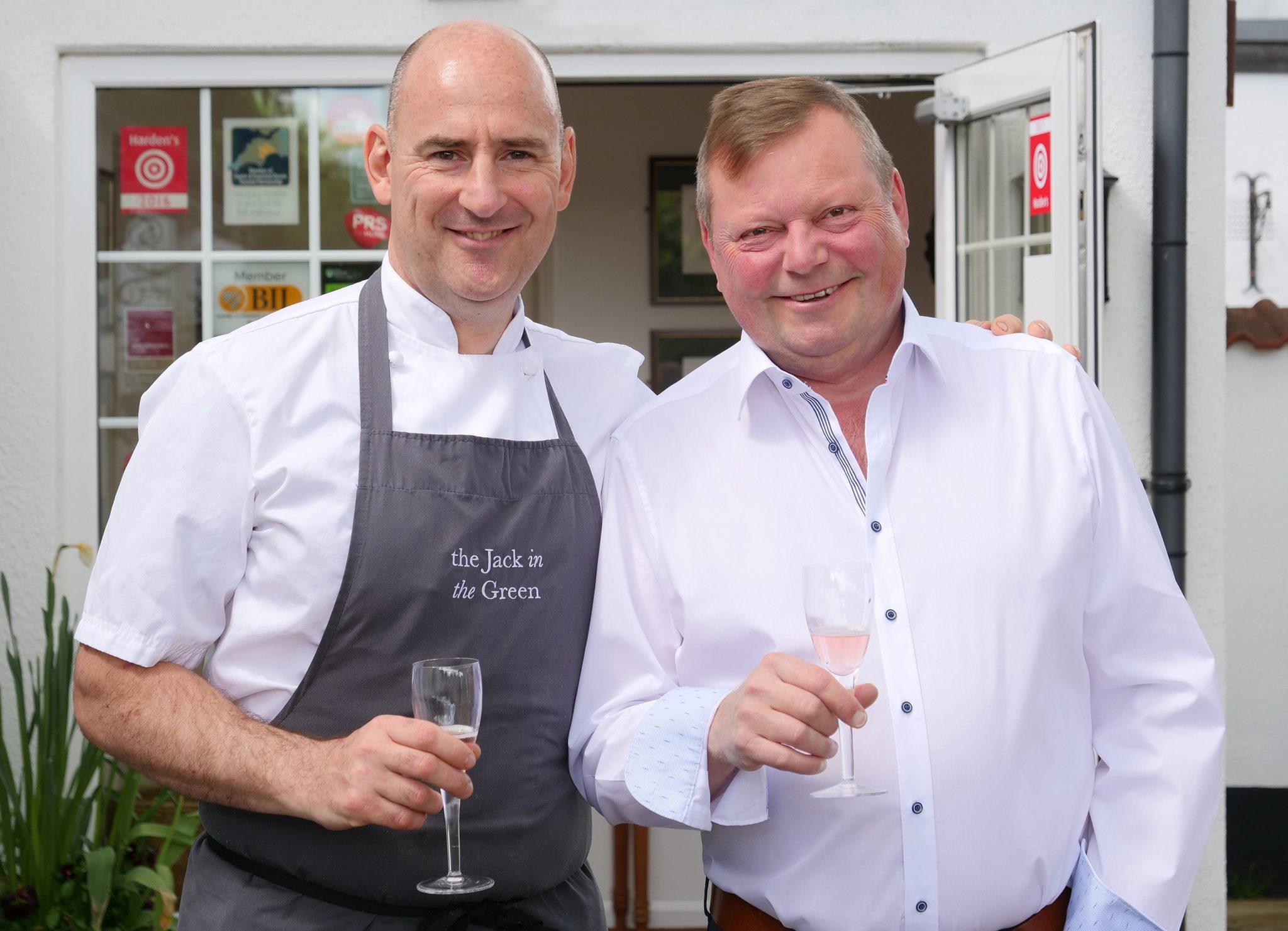 Over these 25 years the pub has retained its two AA Rosettes, been awarded a Michelin Bib Gourmand and was frequently named one of the UK’s Top 50 Gastropubs and Top 100 Restaurants. The Jack is also consistently recommended in the Good Food Guide and last month was named Best Gastropub at the annual Exeter Living Awards.

The kitchen has trained four winners of the South West Chef of the Year competition (as well as three finalists) in addition to the International Pastry Chef of the Year.

Paul Parnell said: “In May 1992 Judy and I opened the Jack. We put pretty good food in but more importantly great hospitality from a great team. Two years later a young chef called Matthew Mason knocked on the door looking for a job.

“Along the way we have laughed together, got drunk together, supported the Exeter Chiefs together and shared the highs and lows of award ceremonies together. We were also one of the very first pubs in Devon to champion buying locally way before it became fashionable to do so.

“A massive thank you then to everyone who has eaten with us, drunk with us, worked here or supplied here  long may it continue!”

Matt Mason added: “Wow! To think it’s been 25 years already. We’ve come such a long way but I know there’s still so much we can do.

“We have an energetic young team in the kitchen at the moment who are as hungry for success as I am. They, combined with the core of excellent suppliers we work with, means there’s no shortage of ideas in the kitchen so expect more innovation and just as importantly, consistency throughout this our 25th year and beyond.”

An all day party is planned for Saturday  June 10th featuring live music, entertainment and a BBQ with beer and cider tents.

In September a month long Menu Exceptionnel will see prices rolled back to £25 for three courses, followed in November by a charity dinner that will build on the £2,000 already raised for FORCE.