Teams from across the area took part in a day of fun and games at FORCE Cancer Charity’s third annual It’s A Knockout event.

It’s one of the most colourful events on the local fundraising calendar with all the teams in fancy dress.

The winners were The Wild Neon Knights from Exeter, captained by Becky Turner.

“Our team had more fun than we ever expected during the It’s a Knockout challenge,” said Becky. “The event was so well organised and everyone involved made it a fantastic day.

“What made it even more rewarding was that we were raising money for such a worthy cause. Seeing the work that FORCE does with those affected by cancer, after seeing the support they gave my mum when she was having treatment, spurred me and the rest of the team to take part in the challenge.

“My team would like to say a huge thank you to FORCE for organising such a memorable day.”

Like the Knights, for most, just taking part was its own reward.

“Amazing event, so much fun. Great to see so many groups coming together for such a truly brilliant cause. Thank you everyone involved we can’t wait for next year!” said Old Mill 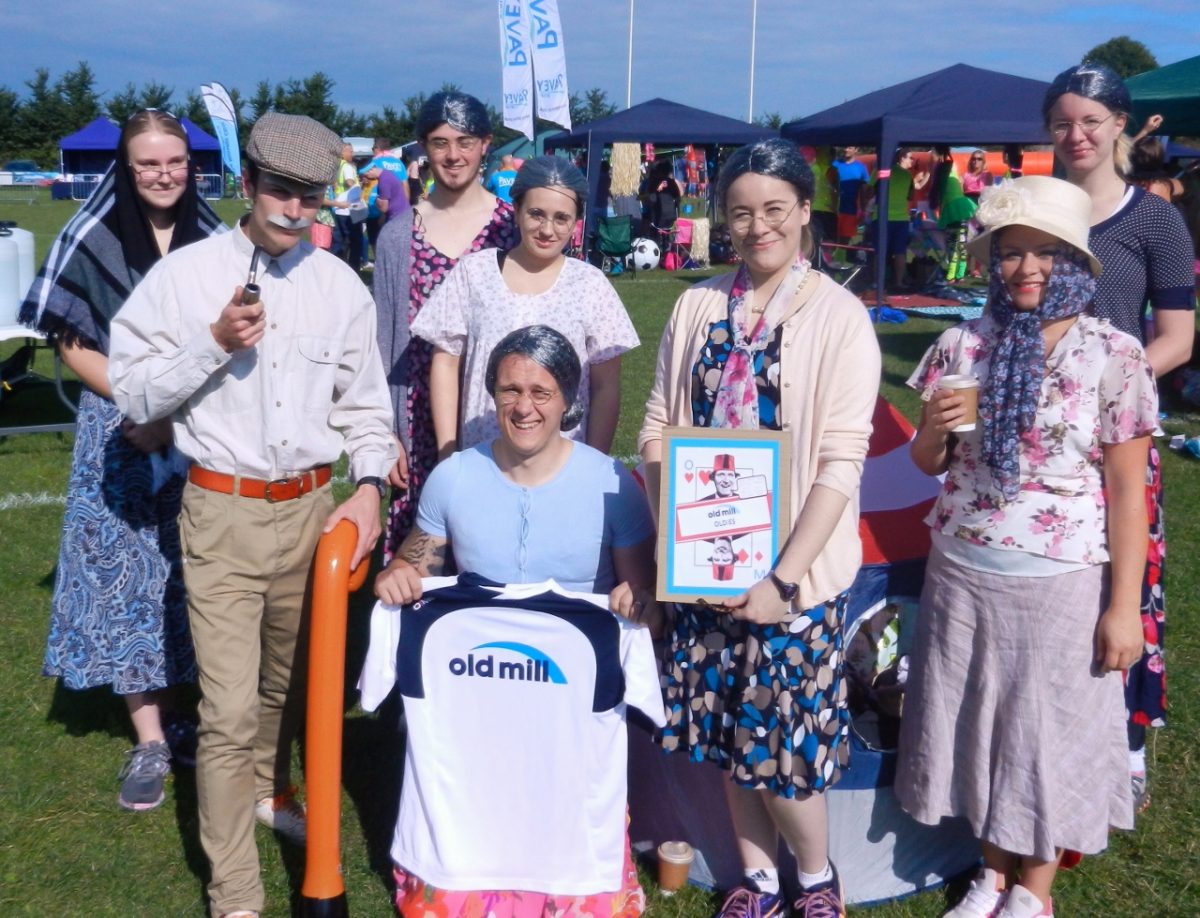 Oldies (pictured) team member Shaun Drew, a client services associate for the Old Mill accountants and financial planners in Exeter who have chosen FORCE as their charity of the year.

Since FORCE launched It’s A Knockout in 2015, the event has raised around £45,000 for FORCE, which supports anyone locally affected by cancer.

That’s enough to run the charity’s Support and Information Centre for nearly a month, its weekly outreach services in Tiverton and Okehampton for half the year or FORCE’s children’s and family service for a whole year.

Oly Watts from the FORCE fundraising team said: “We are lucky to have so many amazing supporters of all ages taking part in this fun-filled event and raising vital funds for FORCE.

“It’s A Knockout attracts local companies, friends and family members who get-together and dress up to be part of an event that you don’t need to be amazingly fit to take part in.

“We are looking to grow this event and would like to hear from any businesses who may wish to lay on something similar in aid of FORCE in 2018. Please do get in touch with us.”