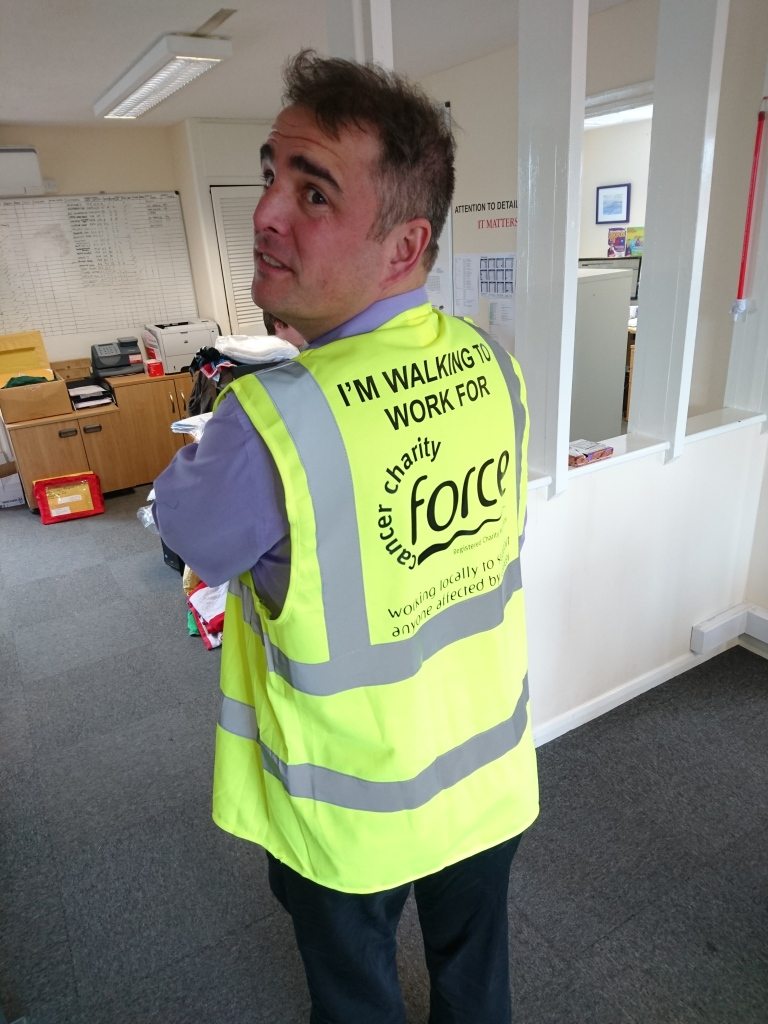 All kitted up and ready to go  Ian McCord is taking part in FORCE Cancer Charity’s Walk to Work Week (April 25-May 1).

Ian will walk the near 10 miles from his home in Silverton to his office on Marsh Barton in Exeter tomorrow (Tuesday April 26).

His colleagues at The Purple Company have made him a hi-vis top to wear as he strides out.

Ian is an account manager with Purple, which supplies promotional merchandise and corporate clothing from its Christow Road headquarters.

He works closely with the fundraising department at FORCE and said: “I get on very well with the wonderful people there, it’s a great organisation to work with and I’m glad to be able to support them.”

Ian, 46, set himself a target of raising £100 and his generous colleagues at Purple quickly helped him reach it  that’s before approaching family, friends, team-mates at Silverton Football Club and regulars at his local pubs, the Lamb Inn and the Silverton Inn.

He’ll be setting off tomorrow at around 5:30am and will be walking through Rewe, Stoke Canon, along the Exe Valley to Cowley and into the city before dropping on to the river and canal paths to his destination. 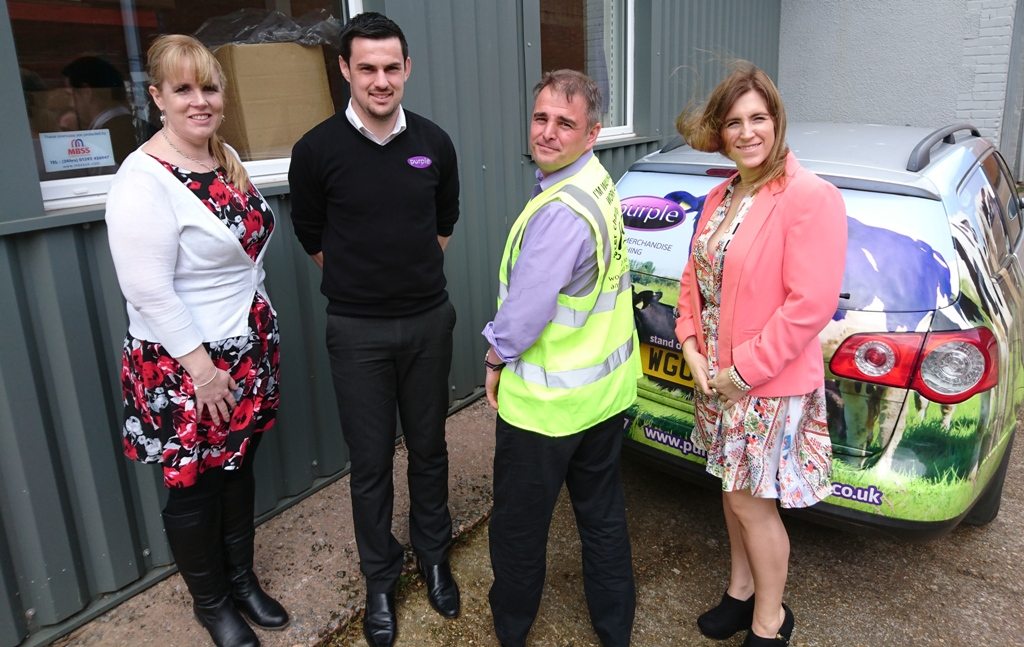 FORCE Head of Fundraising Sarah Daniels launched Walk to Work Week by hiking from her home in Exmouth to the charity’s Support and Information Centre in the grounds of the Royal Devon & Exeter Hospital today (Monday).

She said today: “Wow  well done Ian. It is great that you are also going to be walking to work. We can see who’s got the most scenic walk by posting our photos on Facebook! Thanks so much for taking part.” 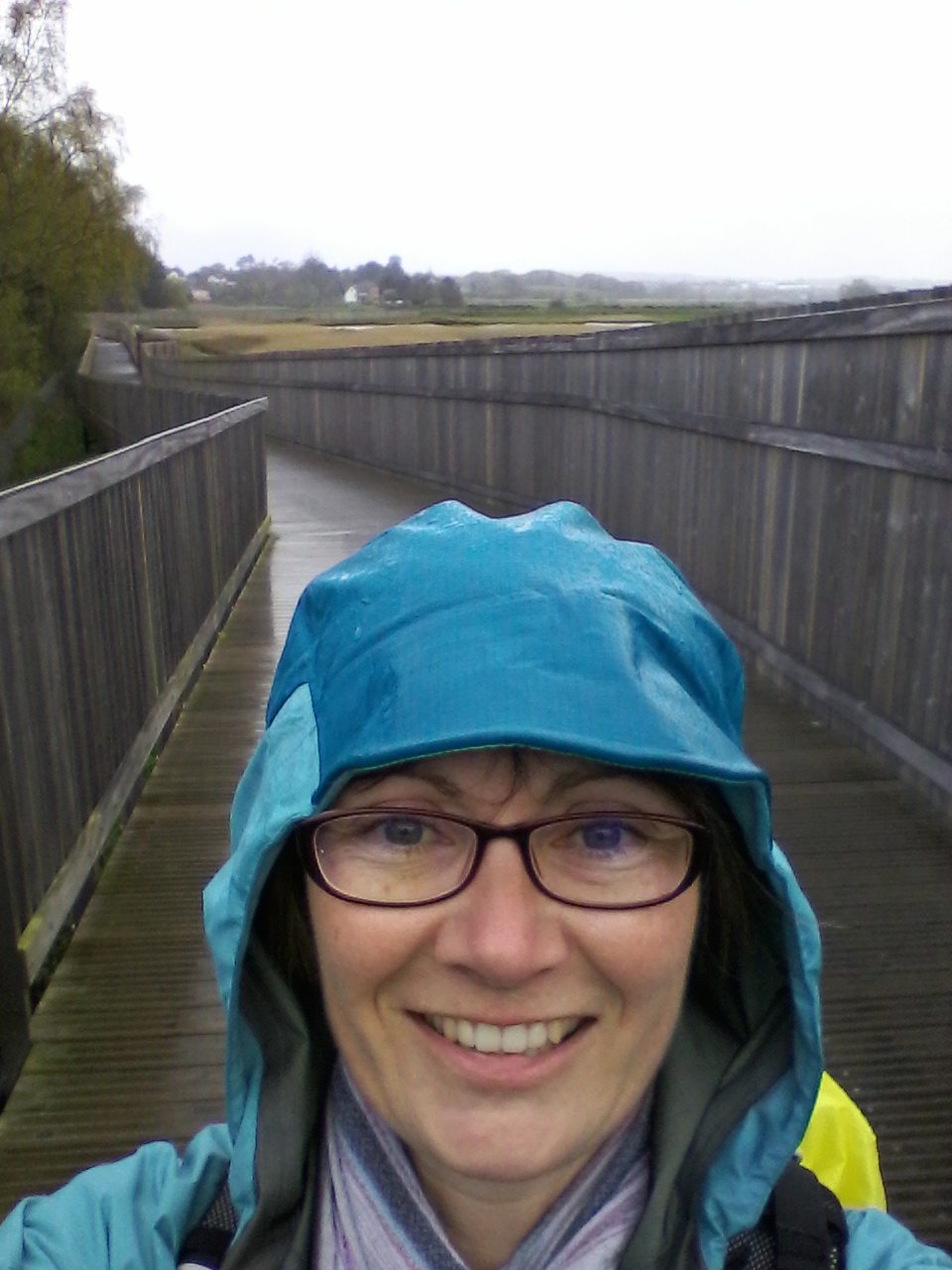 Anybody can join in, even if you’re walking for pleasure. There’s no need to sign up – simply ask friends, family and colleagues to sponsor your walk for a day or the week or donate your petrol money, parking charge, bus or train fare to FORCE.

FORCE offers face to face support for anyone locally affected by cancer and this campaign will help the charity raise the £1.2million it needs to find every year to maintain all the services it provides.

You can send sponsorship and donations to FORCE Cancer Charity, Corner House, Barrack Road, Exeter EX2 5DW, donate online at http://uk.virginmoneygiving.com/charity-web/charity/displayEventDetails.action?eventId=25194&charityId=1004833&invocation=evt0050 or by texting FORC16 followed by the amount to 70070.