Two new initiatives by the Fez campaign that’s dedicated to raising money for FORCE have already raised around £2,000 in less than a fortnight.

Campaign founder Martin Lynn and his teenage son, Harrison, came up with an enterprise each.

Harrison is a student at St James School in Exeter where a non-uniform day in aid of our charity raised nearly £1,000. Students paid £1 not to wear their uniforms, bought green fez wristbands for £2, red fezzes for £2.50 and a selection of cakes.

Harrison put together a presentation in which he explained: “FORCE is an incredible charity that turned my dad’s life around, which benefited me.

“In 2009 my dad was diagnosed with a rare non- Hodgkin lymphoma, which is a rare extreme cancer in the blood. My dad needed urgent help as he was down and very depressed so we turned to FORCE to help us. FORCE helps in counselling and massages for people who need it most and so much more to help.

“But because they have helped us so much we have our own charity (sic) called Keep Calm and Wear a Fez’ and we are very proud to say we have raised almost £80,000 in just 23 months and I would love our school to be a part of our campaign.

“I myself and my dad and the Fez Army have lost so many friends and some who are soldiering on today from this awful disease. This is the real stuff and this is why we are trying to do our best. This is the type of stuff you don’t see but this is the real thing. Thanks you for your support.”

Martin was extremely proud of his son’s efforts

“Unbelievable generosity shown by the staff and students of St James School. Amazing! Great skills H and of course everyone else. You have done the Fez Army proud,” he said.

Last year he persuaded people to get a fez tattoo for FORCE. This year it’s a head shave. 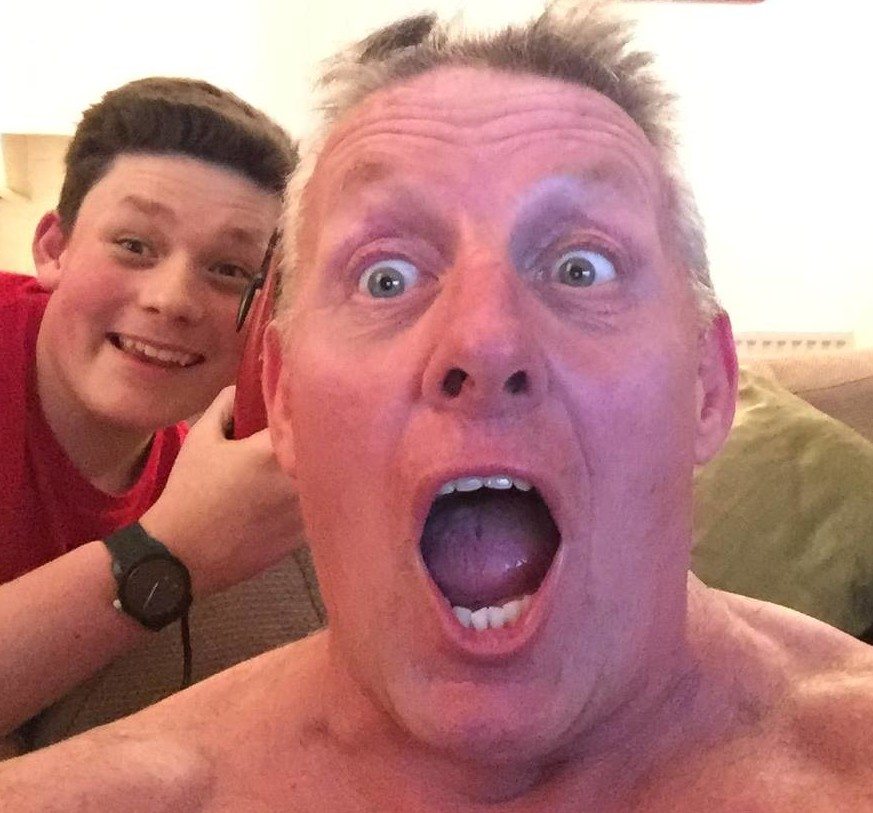 Martin came up with it when he started to lose his own hair after the latest round of treatment in preparation for a stem cell transplant. Harrison got out the hair clippers to help him.

“Let it be said, get your head shaved just like Ted,” said Martin. “If you already have a nice, shiny, bald head you can take up the dare of wearing a wig in public for a week – from the moment you leave your house or cave until you get home – only for a week. 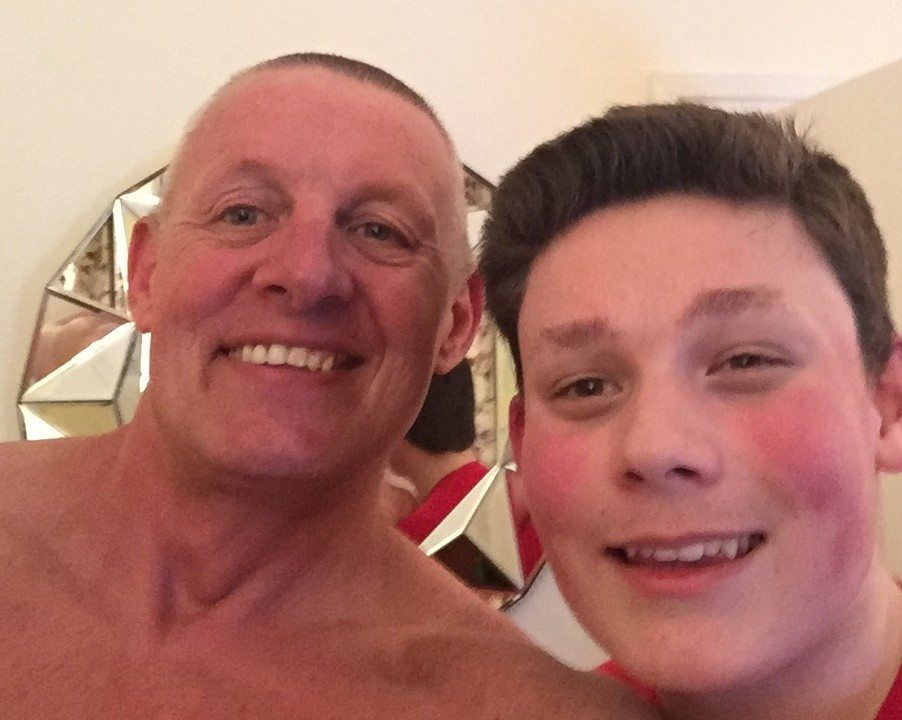 “I’ve taken up the dare with the help of some big, horrible radiotherapy machines. Yours will be easier. My aim is to get 50 people to take up either challenge and try to get £20 sponsorship from family and friends, which will make £1,000 for our incredible FORCE Cancer Charity.

“EVERYONE IS NOMINATED.  Of course I don’t expect 1,700 people to get their heads shaved but maybe pay a £2 forfeit for declining Ted’s kind dare would be nice. We aren’t expecting people to pay silly amounts of money that they can’t afford.”

It wasn’t long before members of the Fez Army accepted the dare and by Easter Sunday 12 men had had their heads shaved and the £1,000 target had been reached.

“Thank you so much for your incredible support as always,” said Martin, who returned to London today for the next stage of his treatment. He was joined by his sister, Katherine, who is set to donate stem cells for his transplant.

Good luck Martin and well done to the Fez Army!