Cyclist Timmy Jones is recovering in hospital more than 3,000 miles from home after being hit by a lorry on his ride from Topsham to Turkey with two friends to raise money for FORCE Cancer Charity.

The trio had just crossed the border from Bulgaria into Turkey when 23-year-old Timmy was knocked off his bike. He suffered multiple injuries including fractures to his pelvis and bones in his lower spine and lacerations to both his liver and kidneys.

Timmy, who is from Machynlleth in Mid Wales, was rushed to hospital in the Turkish town of Edirne where he is still recovering.

His cycle buddies Joe Moran and Howard Parker, both from Topsham, had to wait several hours before finding out the extent of Timmy’s injuries.

“The ambulance and police service arrived at the scene within 10 minutes of the crash. They were very fast and efficient,” said Joe. “Myself, Howard and the driver were taken to Lalapasa to write statements and fill out paperwork whilst Timmy was taken to a hospital 30km away.

“After approximately six hours, me and Howard were taken to Timmy in Edirne. We were relieved to find out he was stable and his injuries were recoverable. 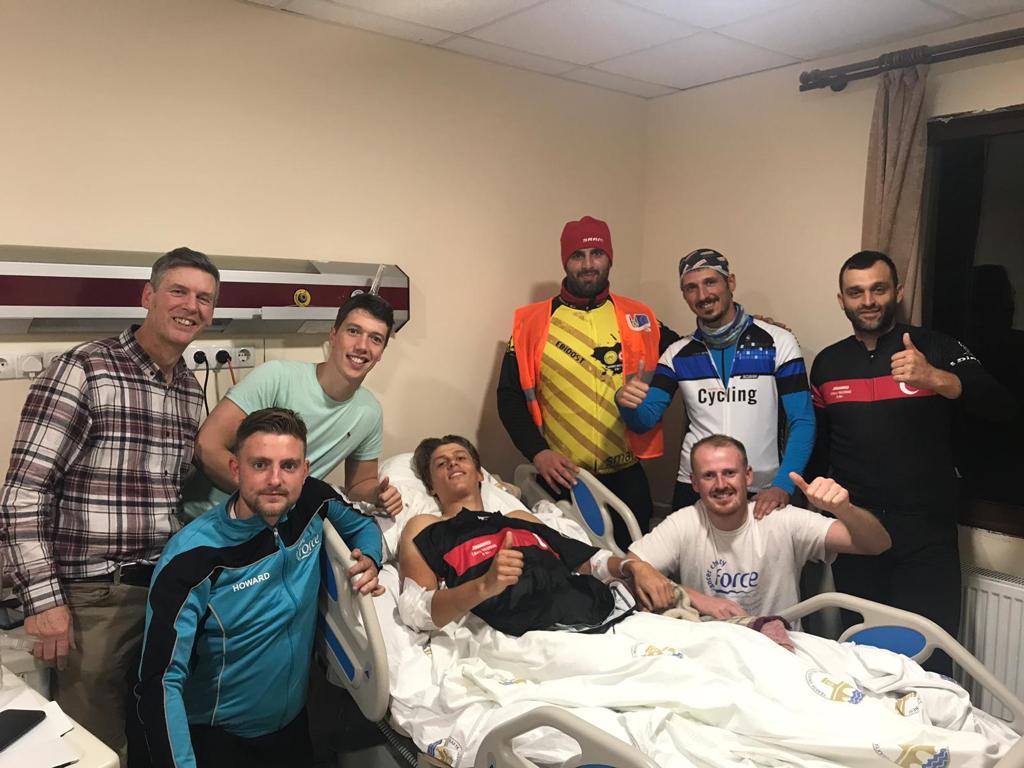 “The Turkish doctors have been really comforting. They even contacted the local bike club to pay us a visit. They presented Timmy with a jersey and loads of snacks.”

Timmy has been seen on a daily basis by experts in urology, general surgery, neurosurgery and orthopaedics, who have recommended six weeks of “strict immobilisation.”

“Due to the brilliance of the Turkish emergency services he is making very good progress and is getting stronger, and more positive by the day. We are still waiting on the news of his discharge date,” said Howard. “We are very lucky to have Timmy still with us, and with the support from friends and family I’m sure he will be home soon, making a full recovery.”

Timmy’s family have travelled to Turkey to be at his bedside. He remains upbeat and reluctant to become the focal point in an adventure of a lifetime for the three friends, who met at university in Bristol.

Their epic cycle began on September 22 when they set out from Topsham to cover 3,000 miles across 12 countries – England, France, Belgium, Holland, Germany, Austria, Slovakia, Hungary, Serbia, Romania, Bulgaria and Turkey.

The challenges began before they had even left Devon. 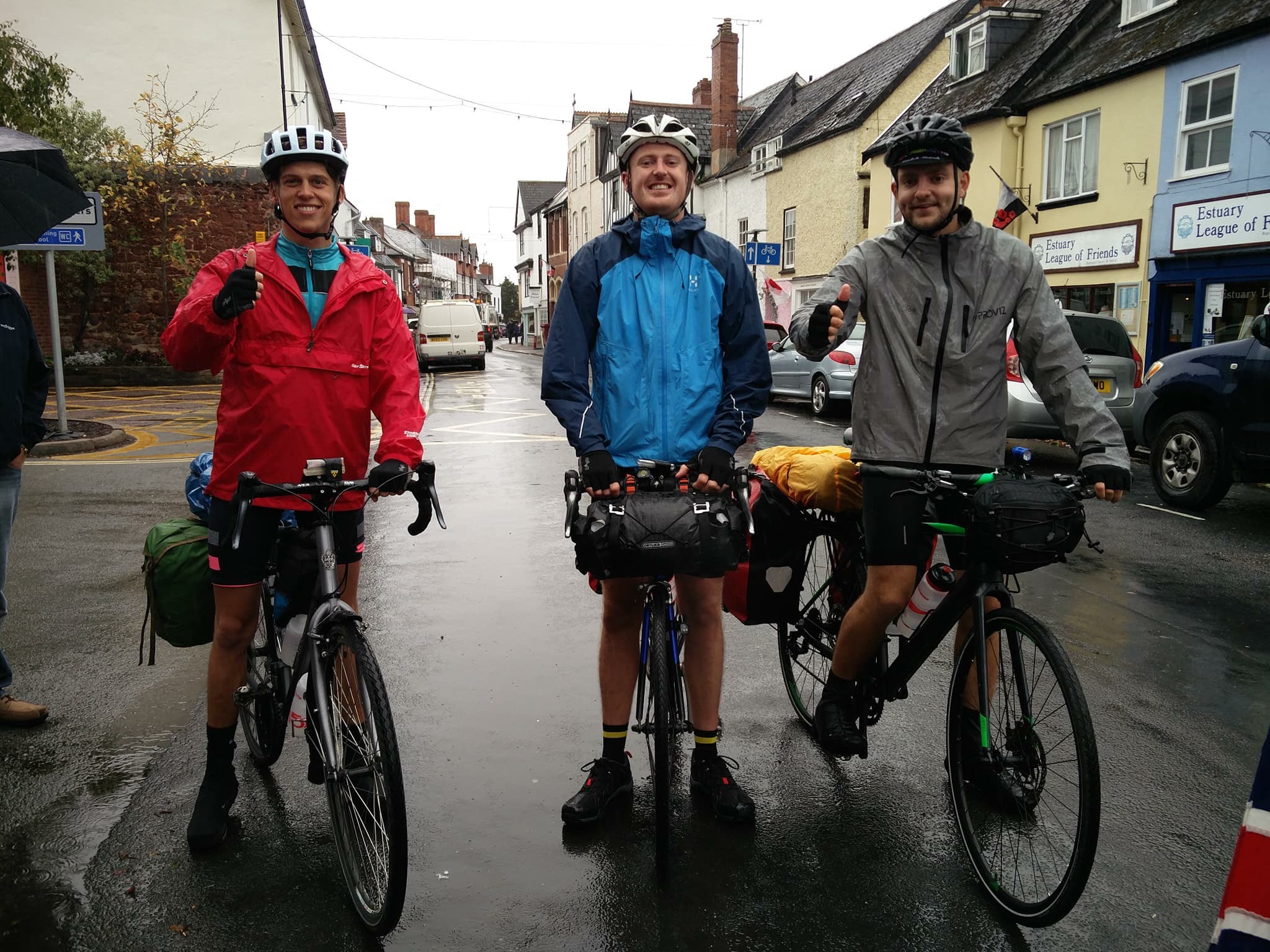 “The first day of the ride was one of the hilliest, wettest and most action packed days,” said Joe. “Howard fell of his bike within 30 miles of home. Timmy lost his wallet and we finished the day by sleeping in the middle of a roundabout in Dorchester, right next to a McDonald’s. All of our kit got drenched but our morale was still high as we’d only just left!”

The boys were overwhelmed by the generosity they experienced along the way from random strangers they met on the street, in supermarkets or through friends.

“We’ve received warm showers, we have been taken into people’s homes in Southampton, Brighton, Brugge, Antwerp, Stuttgart and Bulgaria. We’ve been wined and dined by people, we were cooked a Sunday roast in Bulgaria, taken to a Michelin starred star food festival in Brugge and treated to steins during Oktoberfest in Stuttgart,” said Joe.

Their efforts have raised more than £3,000 for FORCE, which offers support to anyone locally affected by cancer. 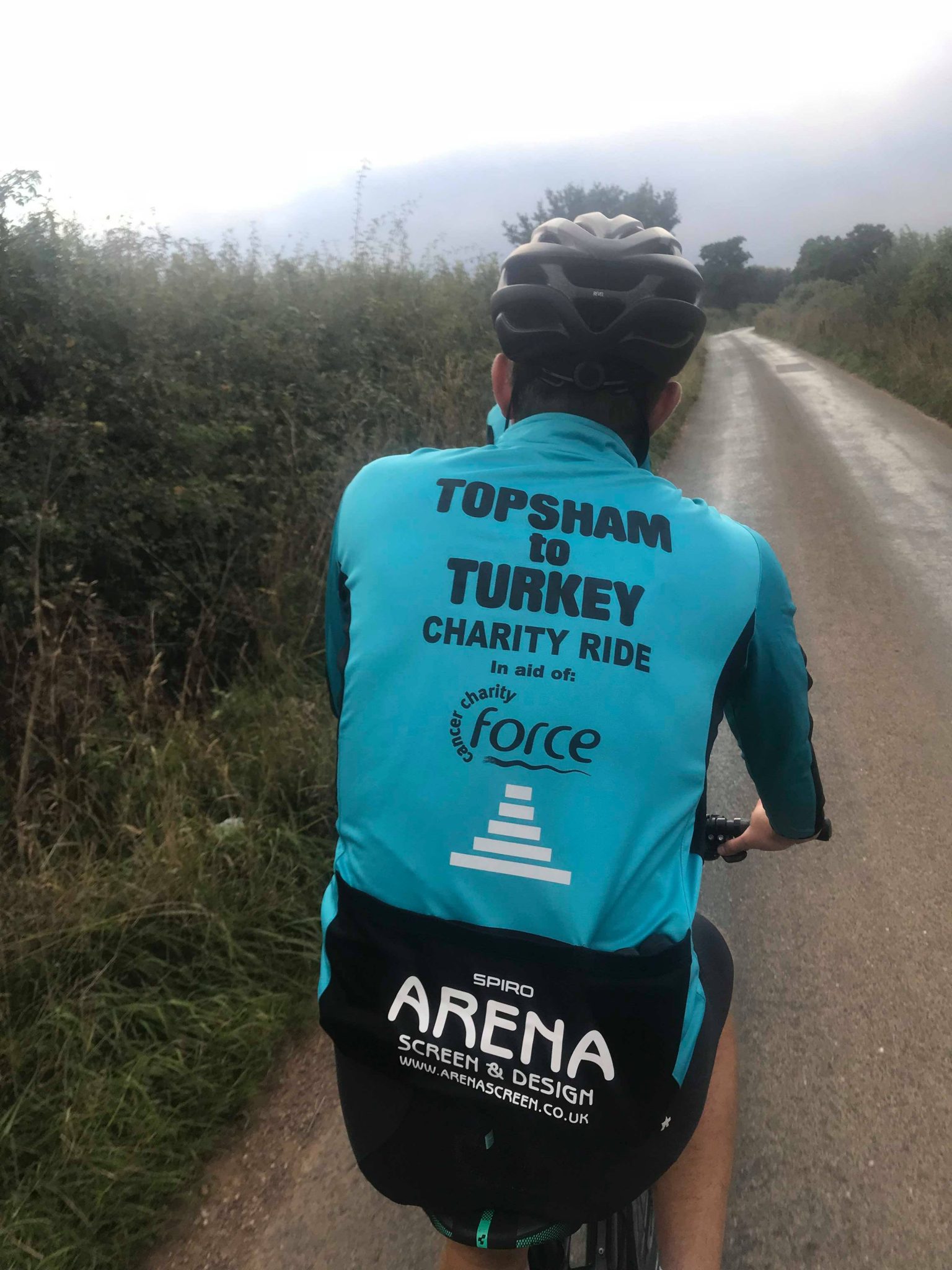 “We have loved raising money for FORCE and this whole experience has been one of the highlights of our lives,” said Howard. “Travelling on the bike allowed us to visit places that many tourists have not laid eyes on. The trip for me has highlighted the huge diversity in Europe, from the wealth in Austria to the poverty in Romania. During this adventure I was overwhelmed by the generosity of so many amazing people from all cultures.” 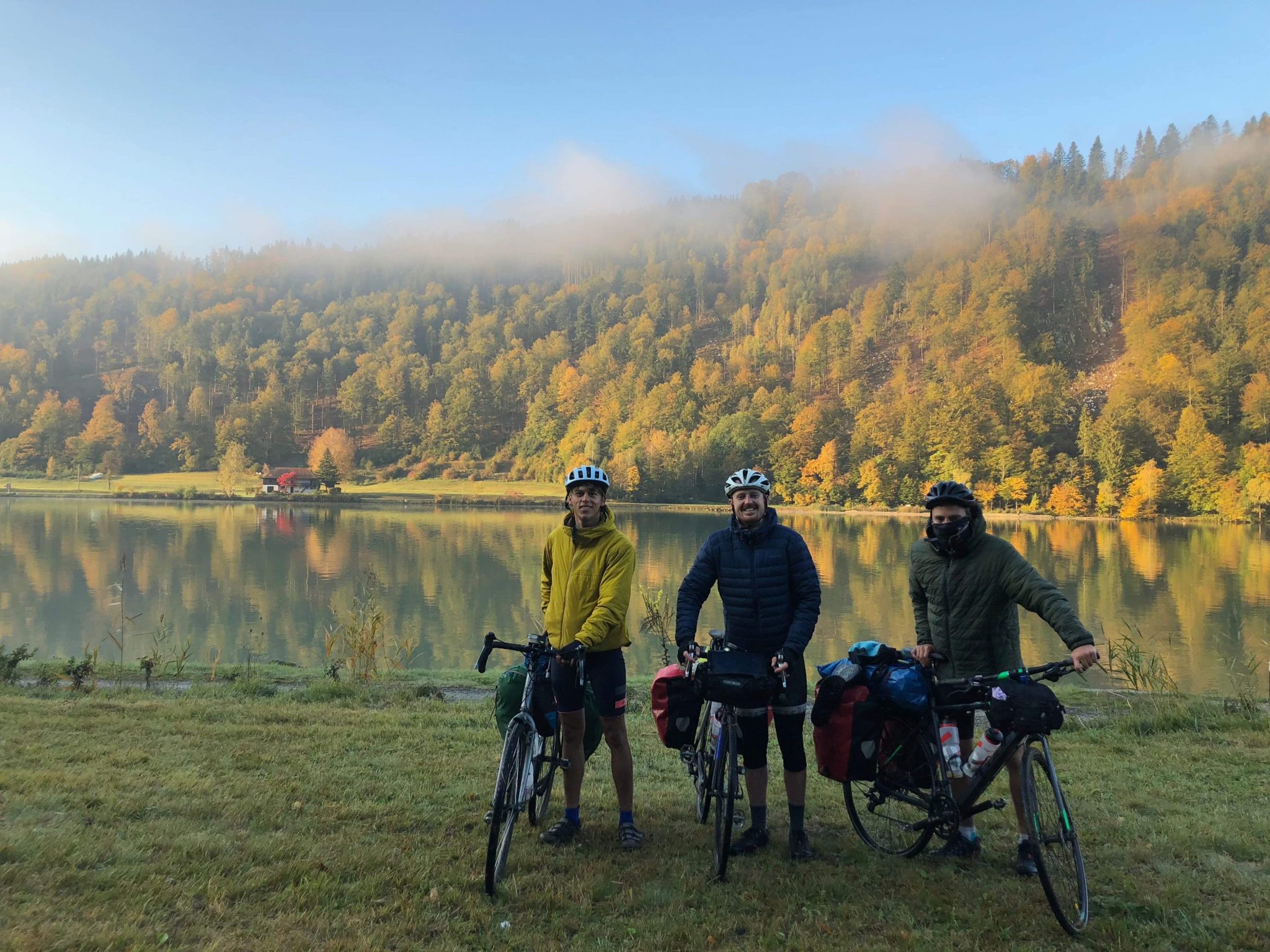 Joe added: “The thought of riding across Europe has finally become reality. This idea has been in the pipeline for quite a while now and we are all really happy we completed it. It was mentally and physically demanding. Some of the hilly days in Bulgaria really tested us. I’m just happy that Timmy is all okay, we made it to Turkey and we’ve raised some good money for a great cause.”

Oly Watts, Fundraising Development Officer said “The guys are A-M-A-Z-I-N-G! We are so lucky to have such dedicated fundraisers that literally go the distance for FORCE. We are so pleased to hear that Timmy is doing amazingly and well on track to recovery – our thoughts are with Timmy and his family.”

Their donation page is still open. If you would like to support them go to https://uk.virginmoneygiving.com/Team/TopshamtoTurkey