The biggest fundraising event on FORCE Cancer Charity’s calendar will reach a significant milestone next year  The Nello cycle ride will be 20.

In honour of its Italian connections, the 2019 ride on Sunday June 30 has been dubbed Il Ventesimo (The Twentieth).

Since the first Nello Century Cycle Challenge in 2000, the ride has raised more than £900,000 for FORCE, which works locally to support anyone affected by cancer, face-to-face and close to home.

Organisers have set themselves a target of raising a record £100,000 from next year’s ride, taking the overall total past the magic £1million mark.

“We want to make sure it is an extra special occasion for all who take part. The Nello is our most important single fundraising event, of course. But more than this, we want to make it a real celebration of all that The Nello stands for.”

Entries have just opened and the early bird rate of £32 for the 100 and 55 mile routes will be fixed at £35 until December 31, available via www.forcecancercharity.co.uk/events/nello

Starting and finishing at Topsham Rugby Club, The Nello is one of the most rides popular in the region.

It is always held on the final Sunday in June, in memory of Topsham restaurateur Nello Ghezzo. In 1997 he and his good friend Marc Millon cycled from Topsham to St Mark’s Square in Venice to raise money for FORCE.

When Nello died of cancer in 1999 at the age of 50, Marc and his wife, Kim, decided to organise a cycle ride to raise money in his memory.

They chose one of their training routes around the Devon countryside. It was one of Nello’s favourites and offers challenging hills, fantastic downhill sections and stunning scenery.

Marc and Kim have ridden it every year and will be tackling the 100-miler on their tandem again in 2019.

“I am aware that these days the vast majority of cyclists taking part in The Nello may never have known Nello – in fact, this year there will certainly be cyclists taking who were not even born when he made Topsham his home,” said Marc.

He added: “Yet I feel more strongly than ever that Nello’s spirit, his love of community, his zest for life and living still continues to inspire this incredible event. This is in no small measure because these same values underpin FORCE in everything that this dynamic charity aims to achieve.

“We hope that this special year, Il Ventesimo, will inspire more people than ever to take on The  Nello challenge. If you’ve never ridden The Nello before, we urge you to get your entry in early and to begin training in the coming months.

“If you rode The Nello in the early years but haven’t ridden it again for a while, then rediscover the beauty of the route and the satisfaction that comes from taking part in an event where so many people come together to ride, eat, support, laugh, cry, suffer, celebrate, remember, and, above all, raise lots and lots of money for FORCE.”

The Nello is not a sportive. It is a charity bike ride, not chip timed and not a race.

The food stops are legendary and it’s often said that this is the only cycle event that sees riders put on weight!

There is great camaraderie along the route and festival feel at the start and finish.

The classic 100 mile pedal over the roof of Exmoor takes in Tiverton, Dulverton, Simonsbath and South Molton.

The 55 mile route splits from the 100 at Tiverton Rugby Club, heads across the county with a flapjack stop at Nomansland before the routes converge again at the Morchard Road refreshment stop and return to Topsham via the back lanes around Crediton and the centre of Exeter.

The Bike Shed, which has stores in Exeter, Crediton and Barnstaple, has supported The Nello for many years and provides essential technical help en route.

A team from Exeter Physio are also at Topsham Rugby Club to check over riders at the finish and offer advice and a massage. 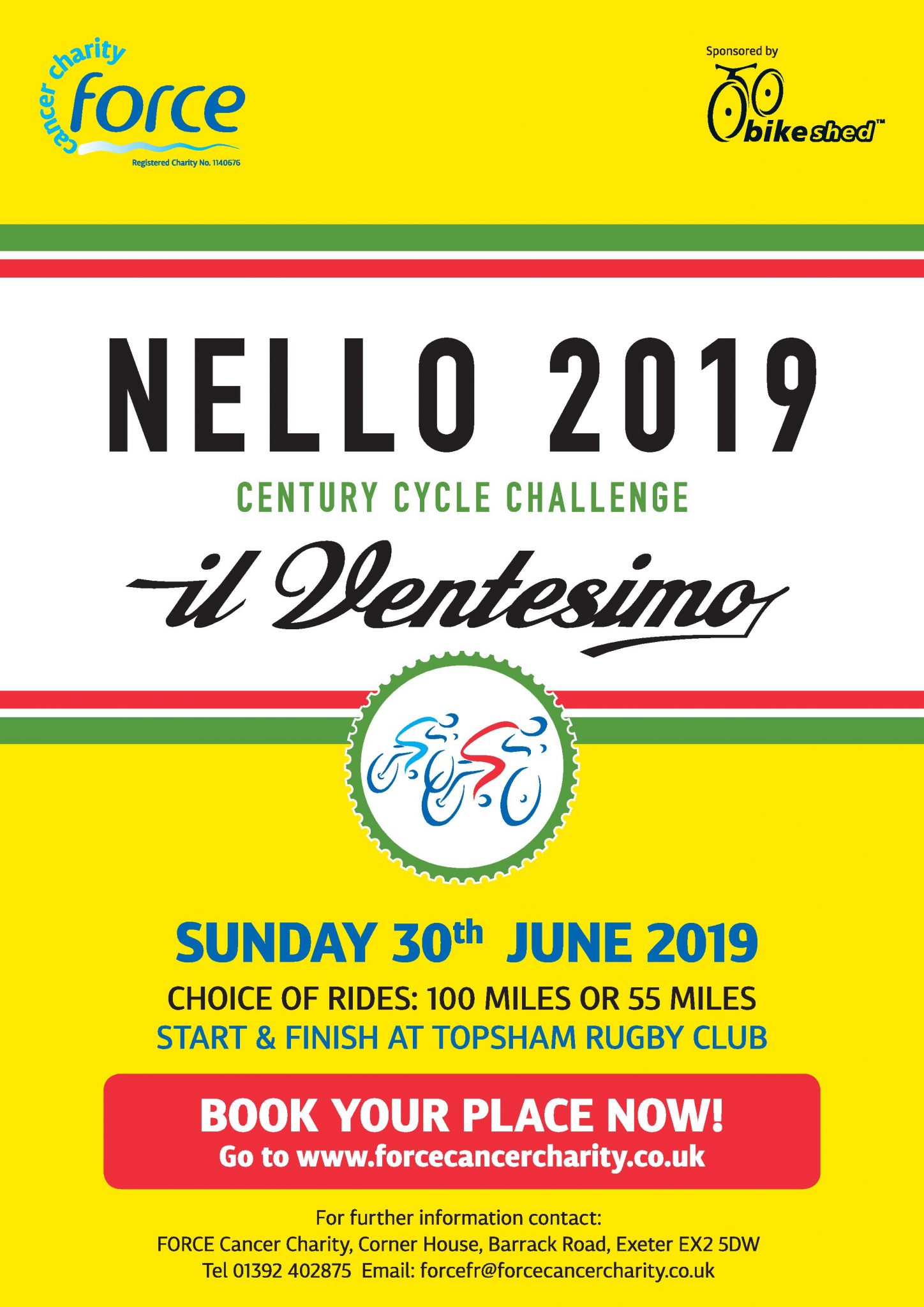 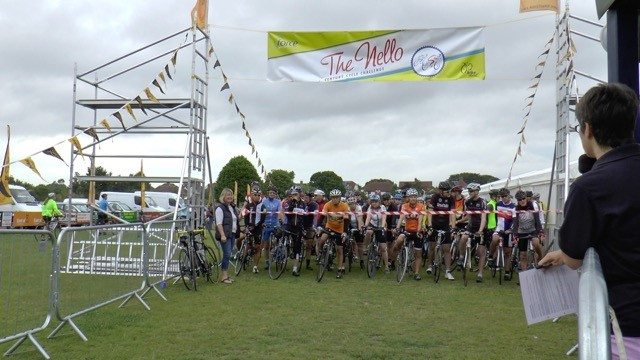 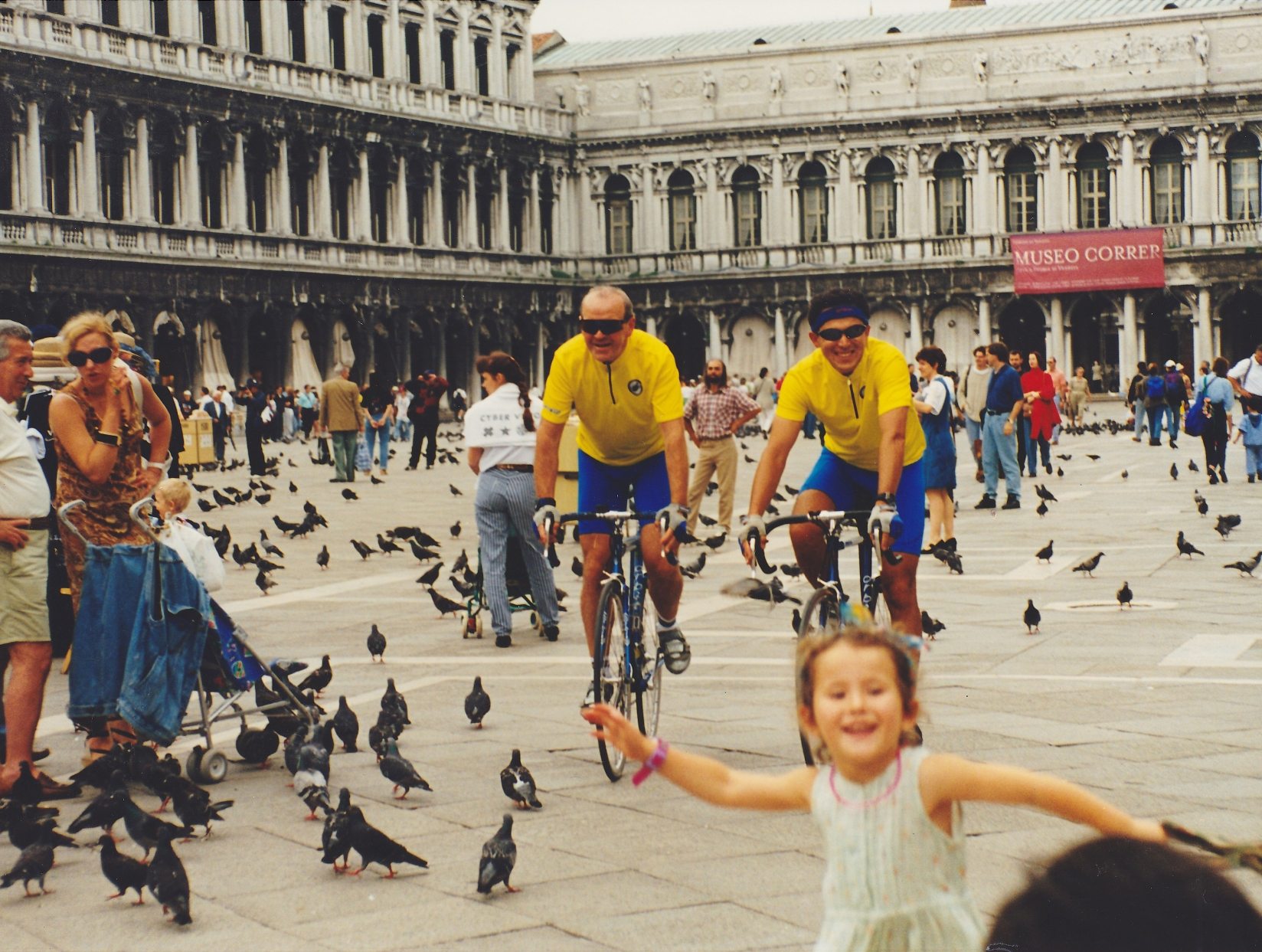 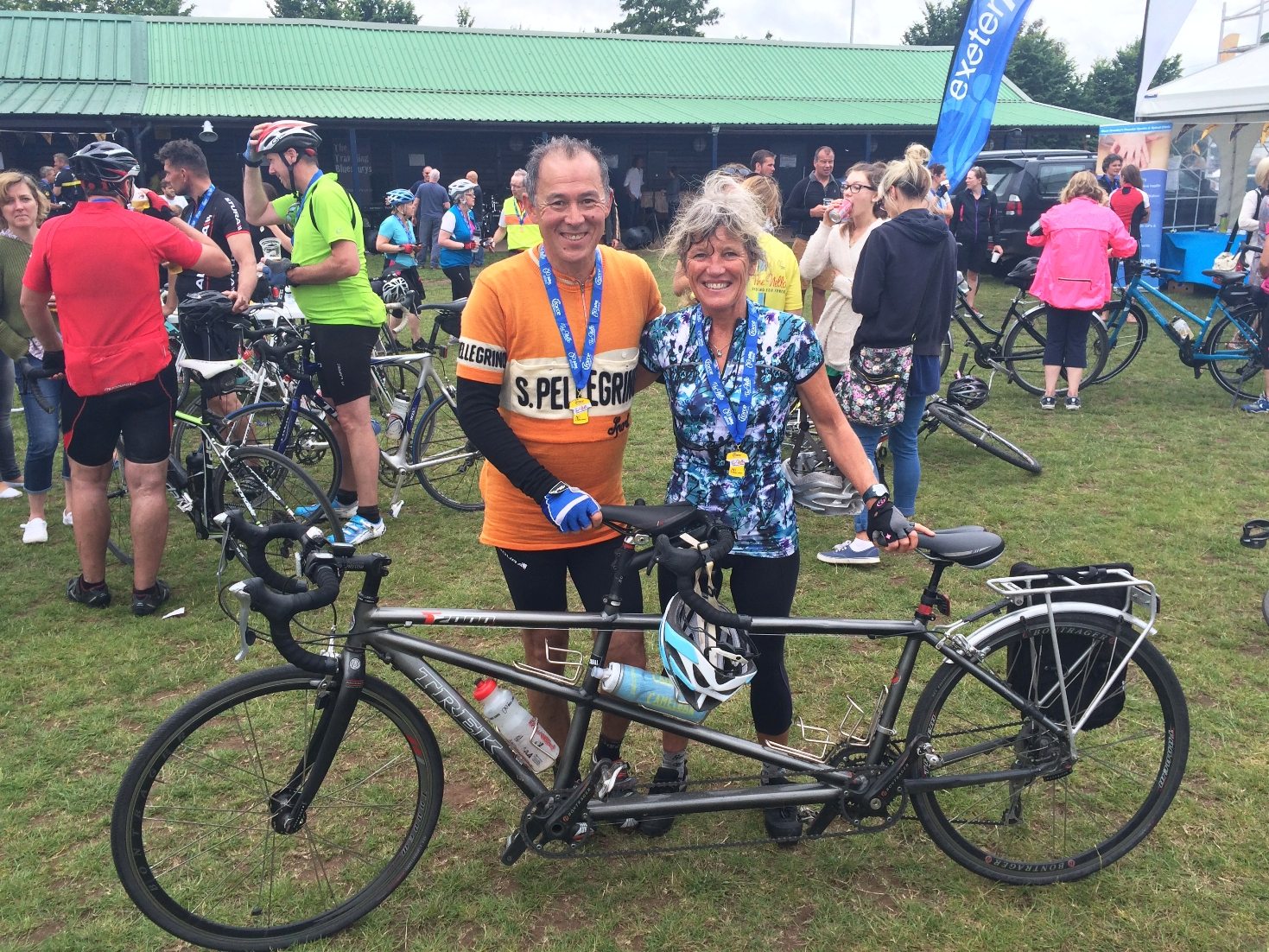 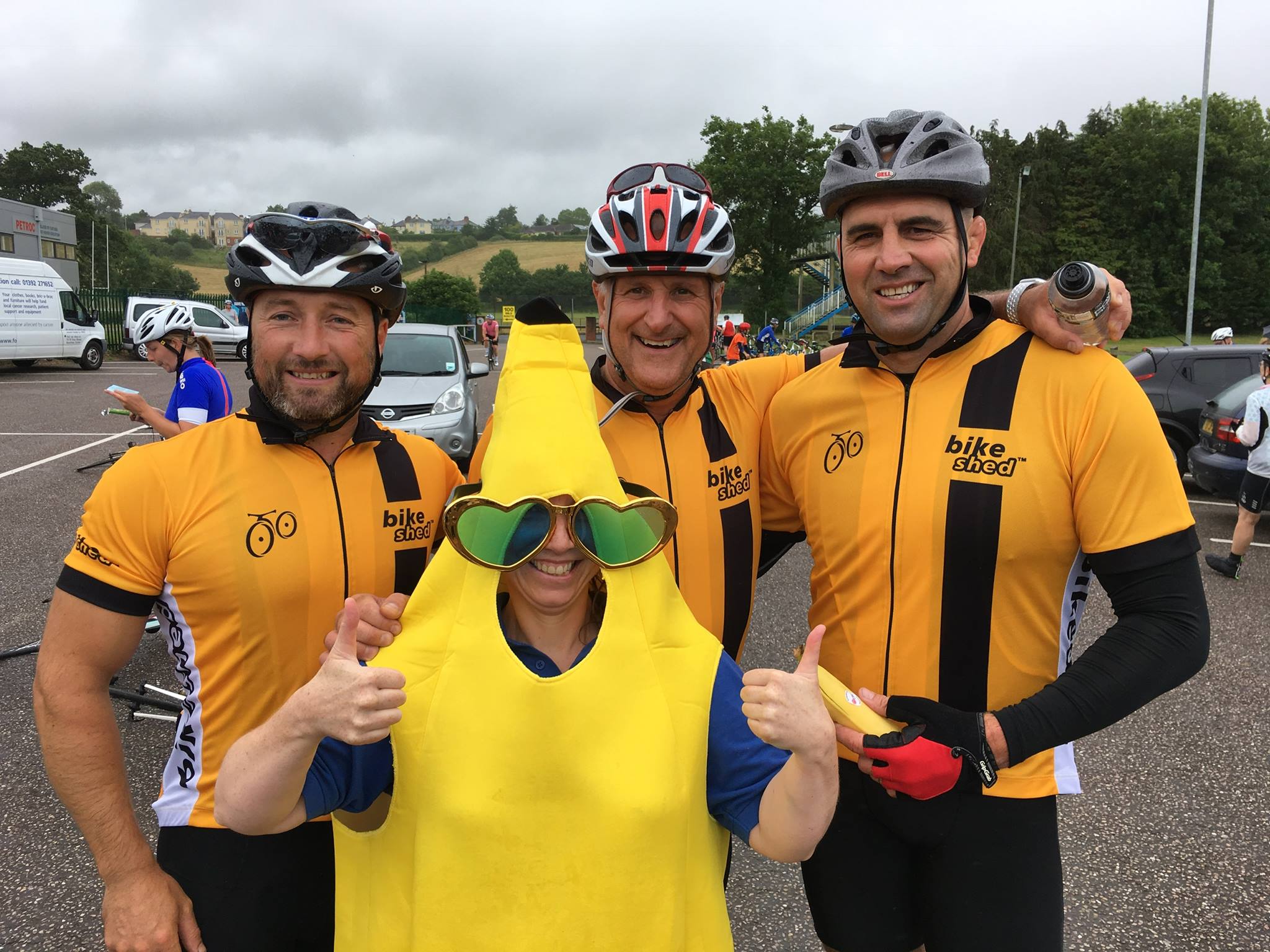 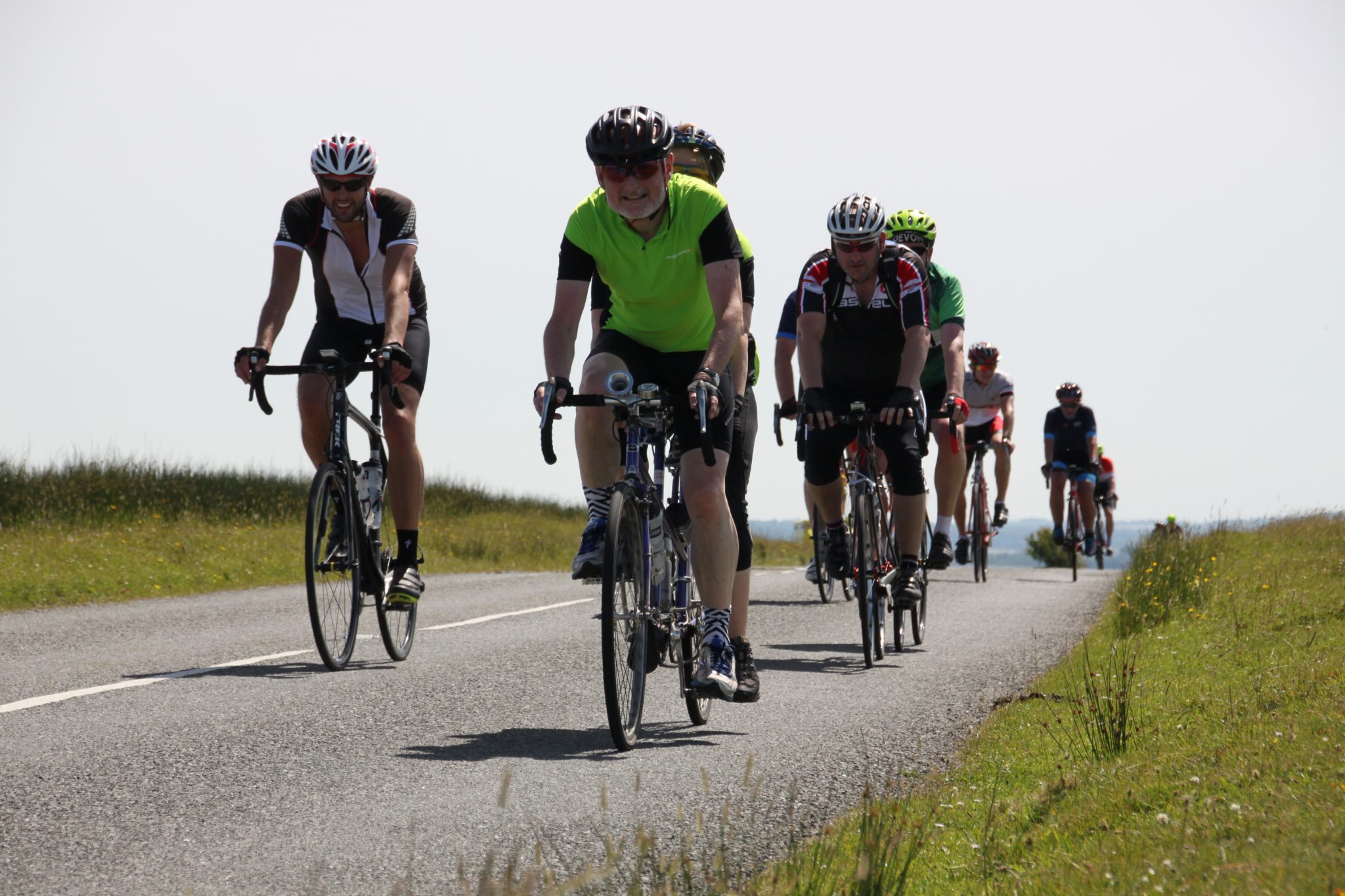 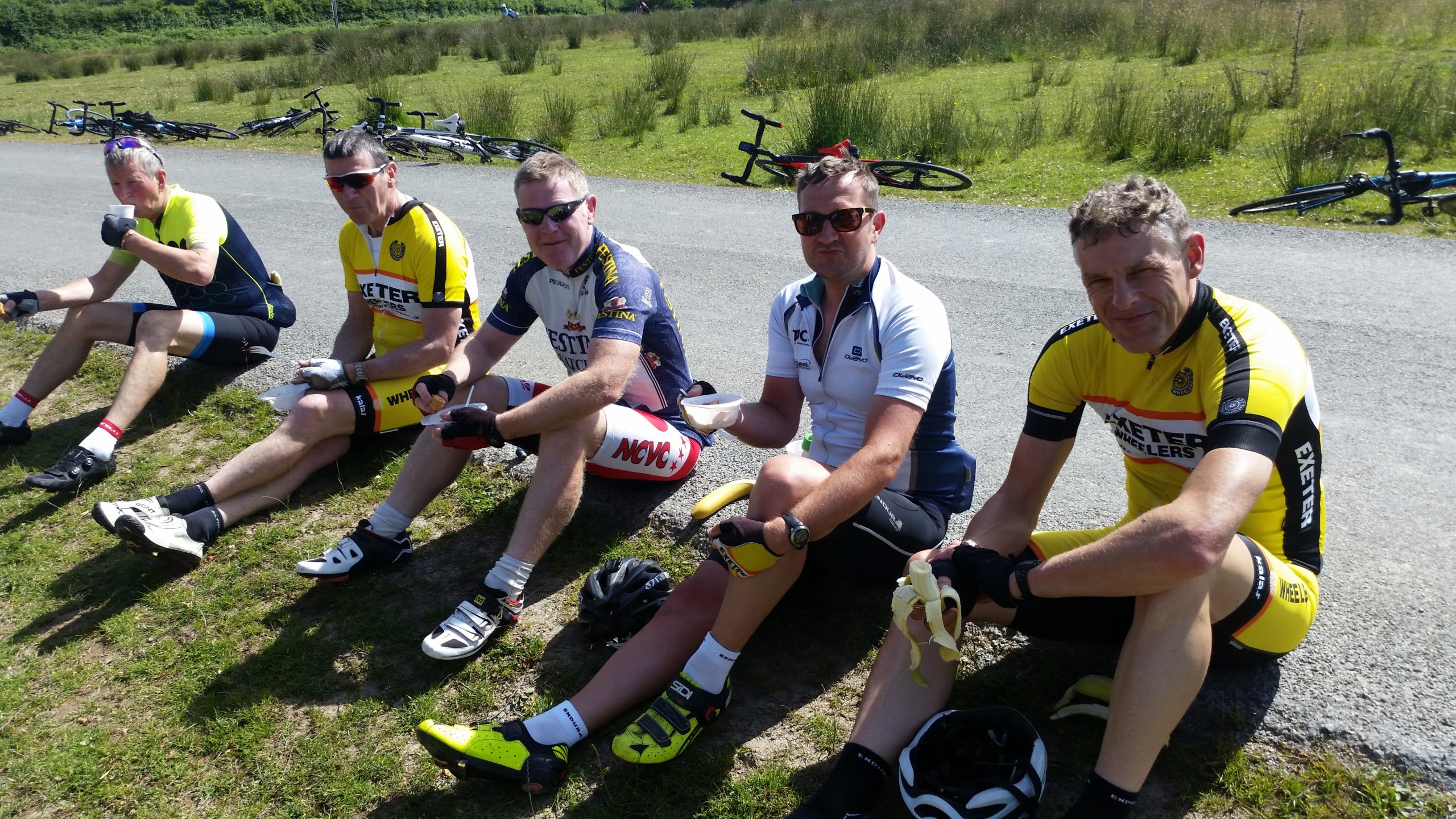 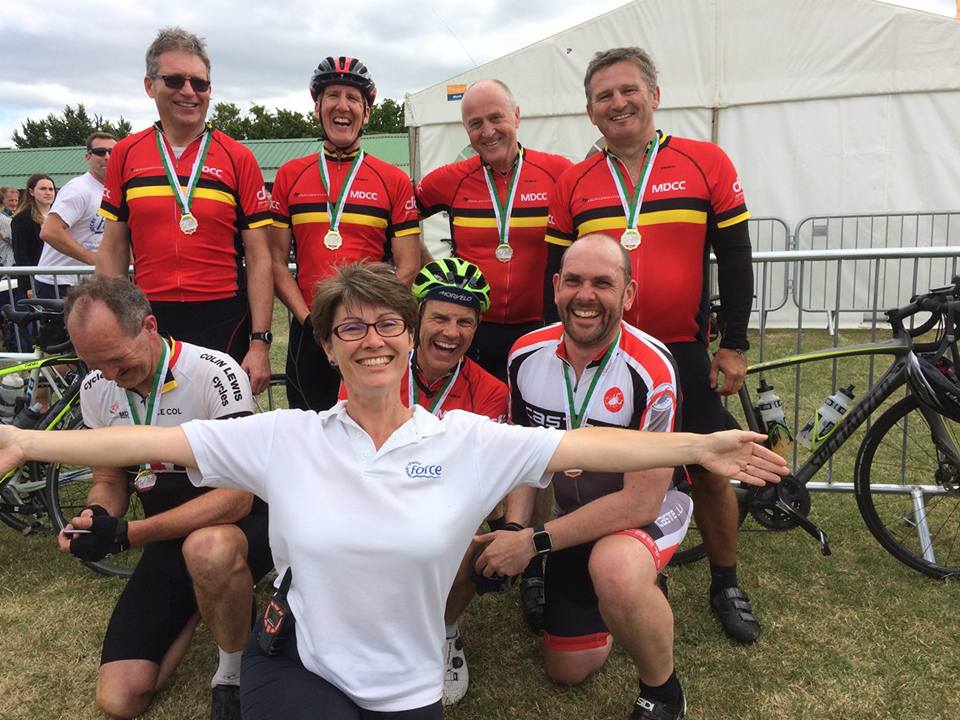