Fifteen hundred cyclists will be heading out of Topsham on Sunday June 28 in an event that has raised more than £300,000 for FORCE in the past four years.
They will leave the rugby club from 8am onwards to tackle 100 or 55 mile routes around the Devon countryside on the annual Nello ride.
This is the biggest fundraising event in our charity’s calendar and its popularity attracts riders back year after year.
Adele Needham from Exeter, an emergency planner for Devon and Cornwall with the Environment Agency, has ridden the shorter course for the past two years and has signed up for the 100 mile challenge this time. 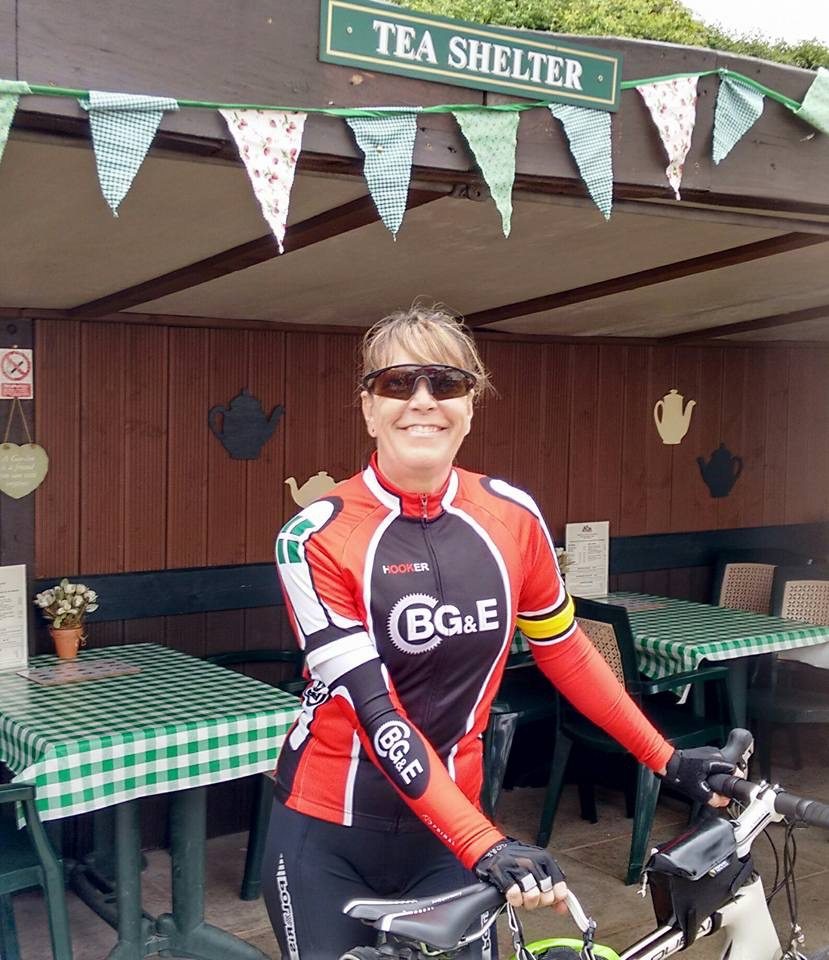 “It’s a fantastic event, so well organised and for such an amazing charity. Seeing all those cyclists set off is incredible and there’s such a friendly and supportive atmosphere, an ethos that it shares with FORCE,” said Adele, who rides with Exeter’s BG&E Cycling Club.
“This wonderful charity is close to my heart. The help and support it offers, not just to people going through treatment but also those supporting them, is superb. It’s a sad fact that most of us know someone who has been touched by cancer. I am riding in memory of my wonderful mum who battled the disease for 13 years but sadly lost that fight in 2008. She was a very brave and amazing lady, my mum and my best friend, and I miss her every day,” she added.
Adele (pictured right) has already raised £300 in sponsorship for this year’s event, formerly known as The Century Cycle Challenge.
The first ride was held in 2000, in memory of Topsham restaurateur Nello Ghezzo. In 1997 he cycled with friends from Topsham to Venice, raising money for cancer research.
When Nello died of cancer in 1999, his friends decided to organise a ride in his memory. A group of 20 took on the first 100 mile challenge, rising to 200 riders in the second year and by the fourth year it had grown to 400.
That’s when FORCE took over the organisation. Entries are now capped at 1,500 cyclists, showing how support for the event has grown and how popular cycling is across Devon.
The Nello is not a sportive, it’s not chip timed and it’s definitely not a race. Food and water are provided along the route for free.
The event is sponsored by Bike Shed, which has shops in Exeter, Crediton and Barnstaple.
From the start at Topsham Rugby Club, riders head to Tiverton via Poltimore and Killerton, joining the A396 at The Ruffwell Inn.
The first food and drink station is at Tiverton Rugby Club. There the route splits and the 100-mile cyclists head to Dulverton and Comers Gate on Exmoor where there is another refreshment stop.
The riders then pedal through Simonsbath and on to South Molton where they can stop at Quince Honey Farm to refuel before heading to Morchard Road.
Those doing the 55 mile route ride from Tiverton to Withleigh and on to a food and drink station at the Mount Pleasant Inn in Nomansland before travelling through Black Dog and Morchard Bishop.
The routes then converge at the Morchard Road food stop and return to Exeter via Shobrooke, Efford and Shute, avoiding the centre of Crediton. Riders join the A377 again near Cowley Bridge and come back across Exeter to Topsham Rugby Club where a team from Exeter Physio is on hand to offer free treatment, massage and expert advice to any cyclists in need.