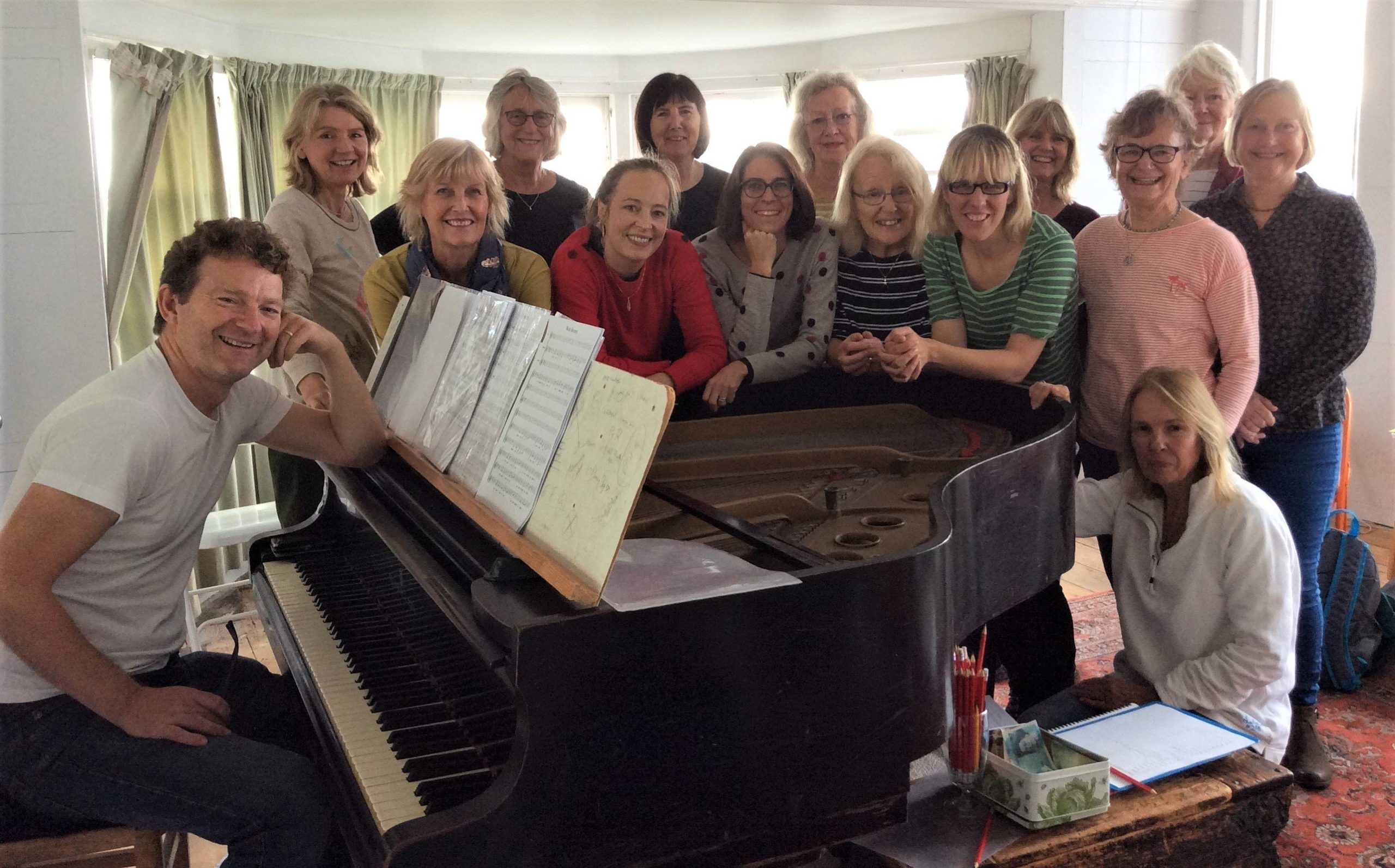 The show will feature a mixture of traditional tunes and modern classics.

The men will be joined by the Decibelles (pictured above), a women’s choir from Topsham, and the Lympstone Training Band.

The concert will be raising money for FORCE Cancer Charity and Haemochromatosis UK.

The musical programme will feature a selection of songs from shows, films and hits from the 1920s to the present day.

Matt Gardner is musical director for both EMVC and the Decibelles and has arranged all their songs, including a six-part piece called Goodnight by The Beatles that they will perform together.

The men’s programme will also include numbers from Coldplay, U2 and Sam Smith along with popular classics like Yes Sir That’s My Baby, Five Foot Two and Eyes of Blue, Carolina in the Morning and Send in the Clowns.

The Decibelles, who describe themselves as a joyous and exuberant all-female choir, will perform songs by Abba, the Rolling Stones and Snow Patrol.

The group has been singing together for more than six years and reformed at the beginning of 2019 as the Decibelles under the musical direction of Matt Gardner.

“Matt is an inspirational choir master and creates original arrangements that showcase the group’s range and musicality with songs that come from a variety of sources,” said choir member Kim Millon.

“We’re going from strength to strength and very much looking forward to our first concert in aid of FORCE in November.

“While the emphasis is always on fun and inclusivity, the Decibelles are rigorous and dedicated and would welcome any who would like to share in the joy of singing amongst like-minded women and also enjoy a glass or two of Prosecco!” she added.

For more information on the Exeter Male Voice Choir, visit www.exetermalevoicechoir.org and to find out more about the Lympstone Training Band go to www.swcommsband.org/training-band