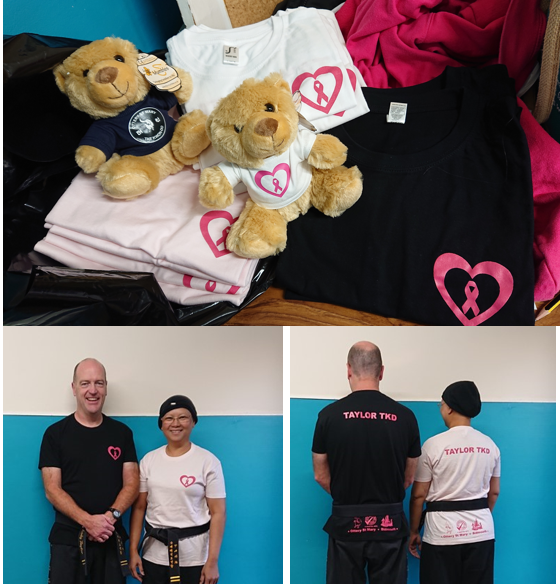 An East Devon mum and martial arts expert has launched a colourful campaign to raise funds for three cancer charities, including FORCE.

Beth, 53, was diagnosed with breast cancer in March after a regular screening appointment.

“It’s been a struggle but I’m OK,” said Beth, who lives at Broadclyst Station.

“In a way lockdown helped because it meant my appointments were pushed through very quickly. But it was difficult being in the hospital on my own at times,” she added.

Beth and husband Andy run two taekwondo clubs in East Devon. They took over the Ottery St Mary group in 2011 and Sidmouth in 2018. 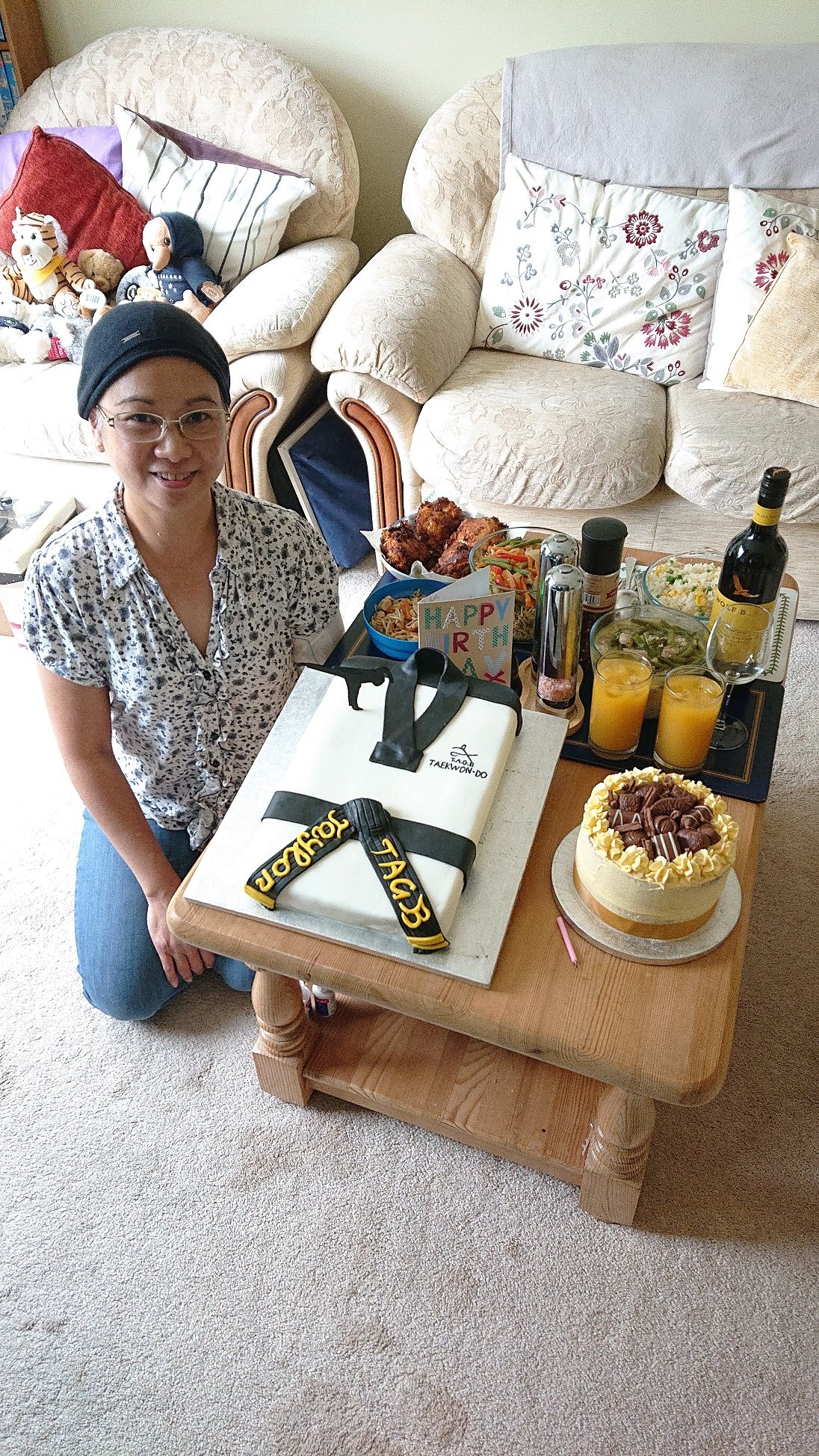 They have set a target of raising £1,000 from their Wear Pink campaign and have also set up an online auction, selling everything from puzzle books to pizzas.

The money will be split between local cancer support charity FORCE, Breast Cancer Now and The Institute of Cancer Research.

“We know that charities have suffered a lot financially since lockdown so we wanted to do something to help,” said Beth.

She has already donated around £600 to FORCE Cancer Charity from a fundraiser to celebrate her birthday during lockdown and an online quiz night.

Since August, she has been receiving exercise advice from FORCE’s specialist oncology physiotherapist Louise Ballagher via video calls.

“It was strange but fun,” she said.

Beth and Andy  known as Mr and Mrs T to their pupils – are both second degree black belts, qualified instructors, referees and umpires. 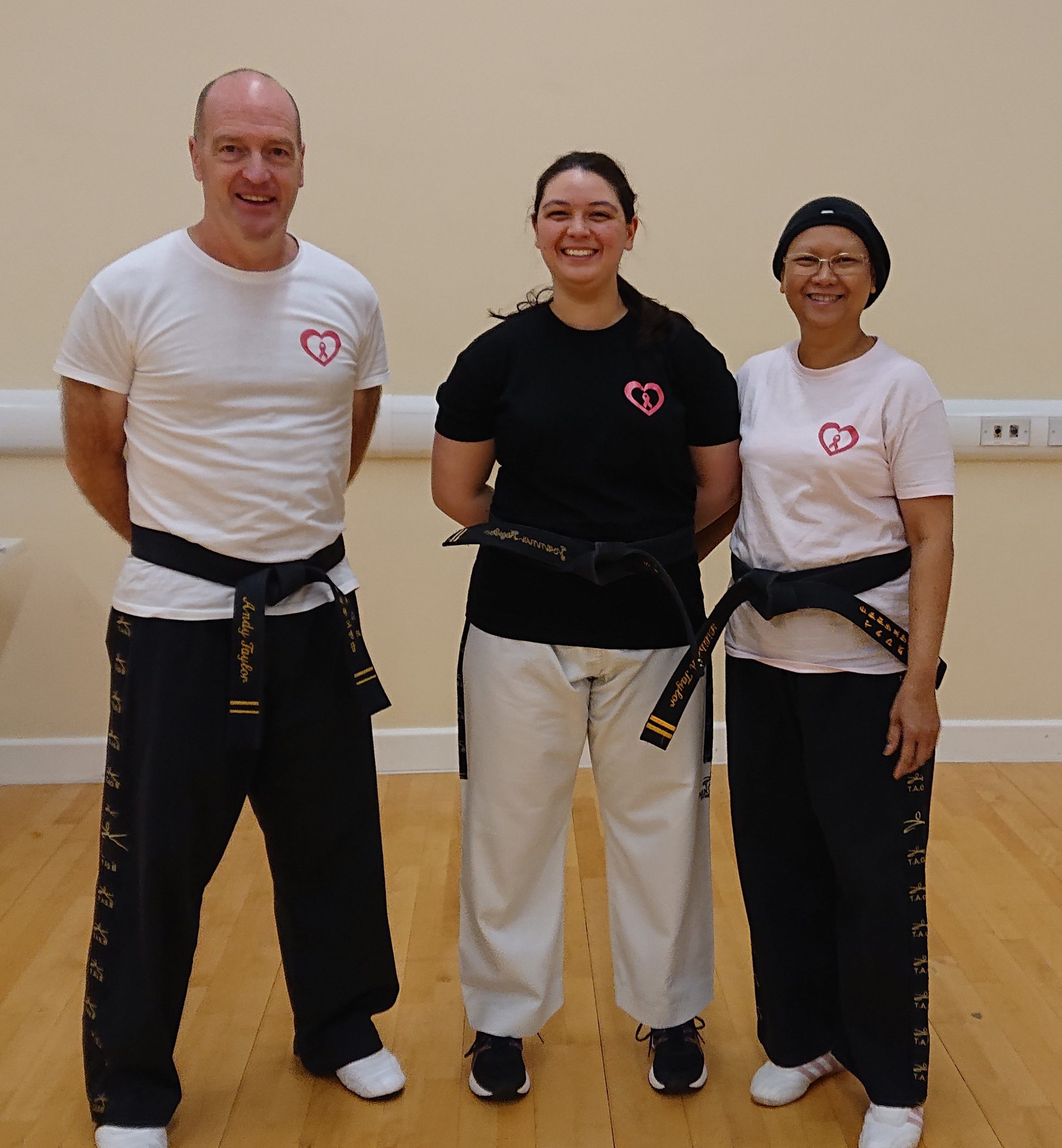 The couple and their daughter, Joanna, took up the Korean martial art in 2003 as a form of fitness exercise for the whole family.

They now run classes at Ottery Scout Centre on Thursdays and Sundays, Stowford Community Centre on Mondays and Sidbury Village Hall on Wednesdays.

Team Taylor has designed special T-shirts and teddy bears for their Wear Pink initiative, available along with other auction and sale items on facebook.com/groups/299001131394117/

Beth is already more than a third along the way to her fundraising target via her online fundraising page –  http://uk.virginmoneygiving.com/BethTaylor17 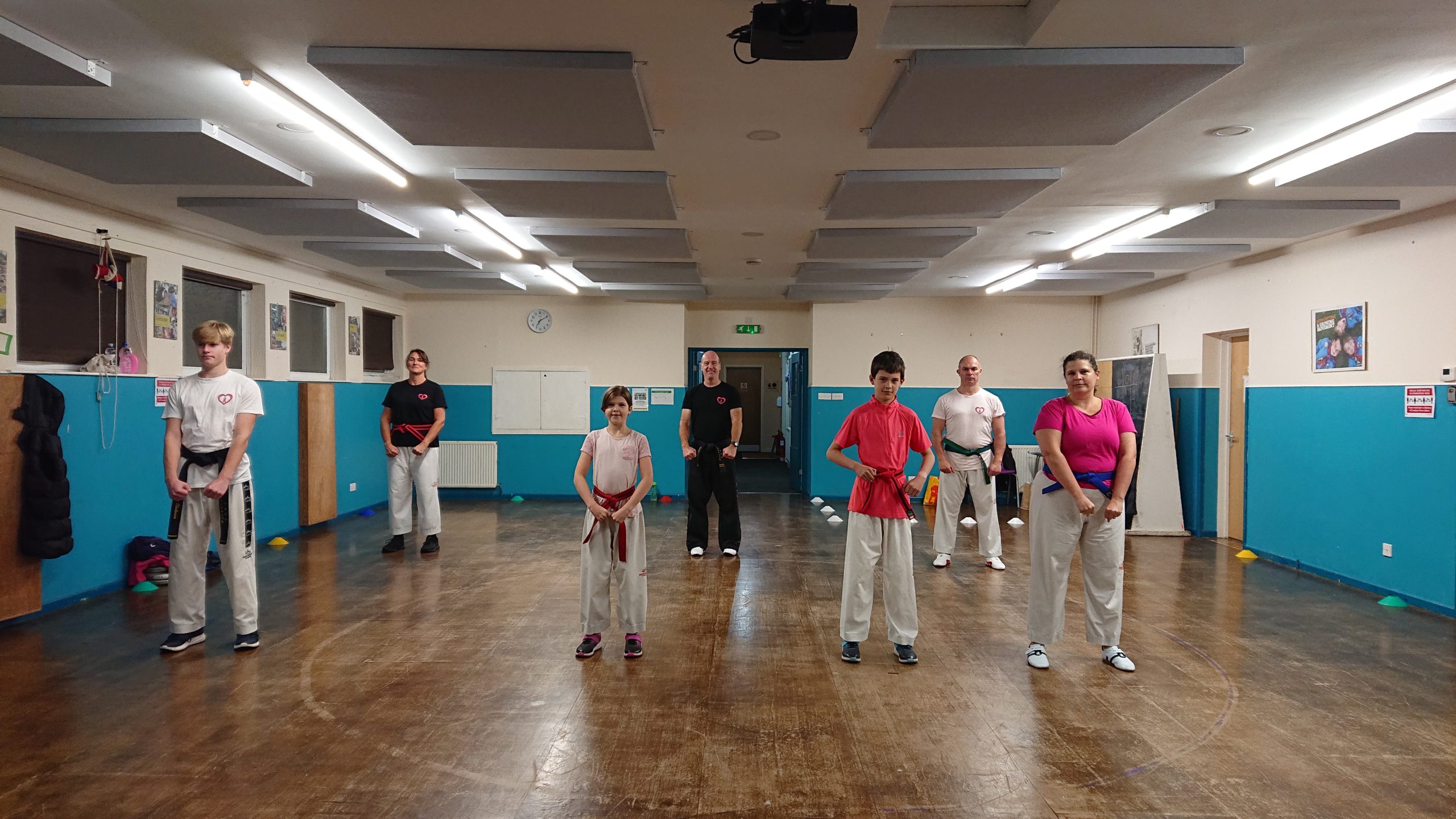