RD&E Applications Trainer Tenzin Wangdi has successfully completed his quest to make one thousand origami paper cranes in the hope of boosting his fundraising total for FORCE to £1,000.

Tenzin decided to take on the challenge in support of his wife Helene, who is currently undergoing chemotherapy. 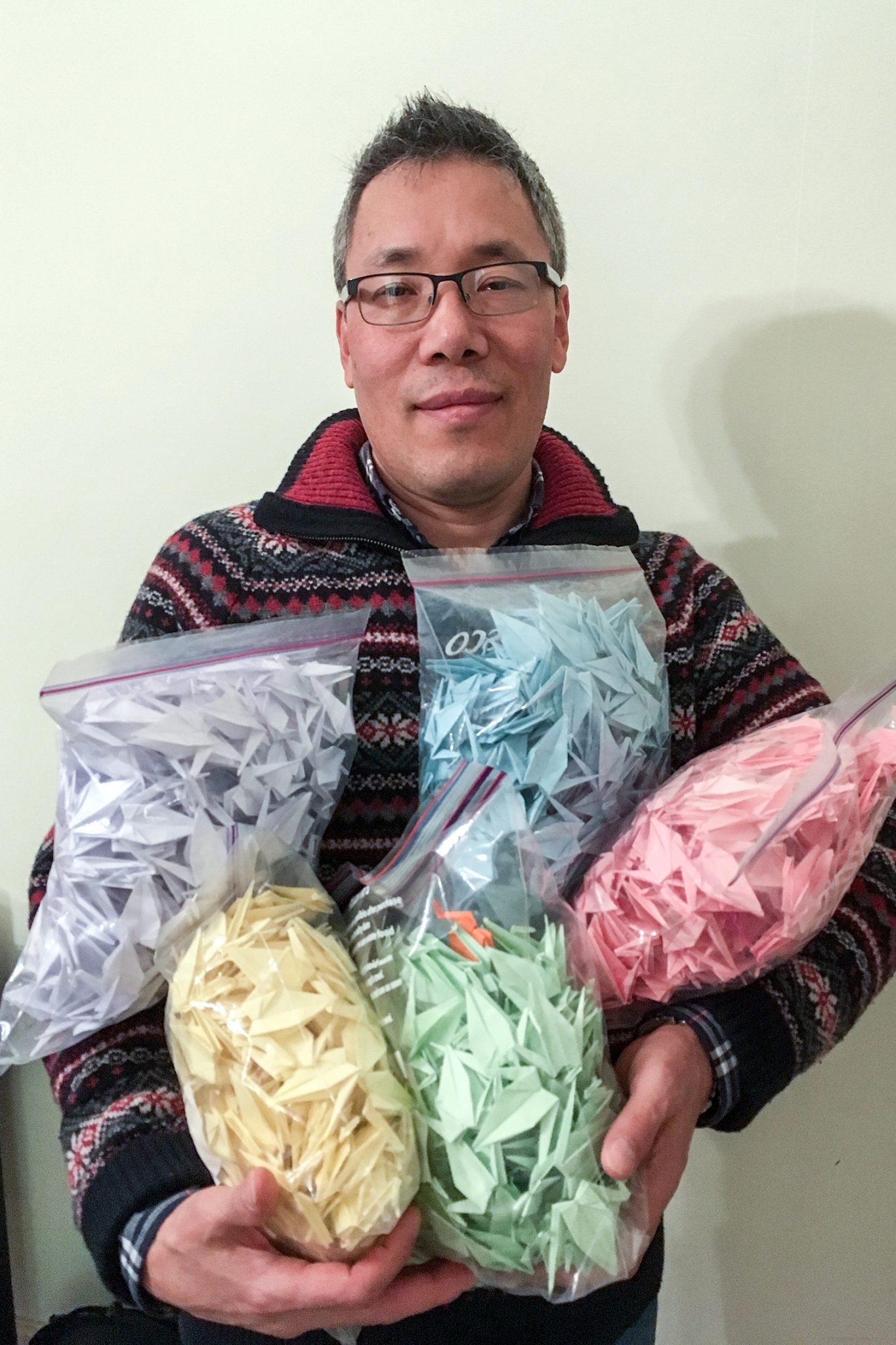 In the summer of 2017, Tenzin shaved his head for the charity and raised almost £900.

To show his appreciation for all those who supported him, he embarked on the task of making the origami cranes and now hopes to raise even more money for the local cancer charity.

Tenzin explained: “I have no words to describe how grateful I am for all your kind messages and generous donations of your hard earned cash to a worthy cause. You are all truly amazing and very kind. Time to sayThank You!

“To show my appreciation for your generosity, I offered to fold one thousand origami cranes to help reach one thousand pounds. The challenge was to make the target amount and complete the Origami Cranes by the time my wife finished the course of her treatments.

“She completed all her treatments in early December 2017 and so far all looking good. I however, have not achieved to raise £1,000 yet and hopefully, my origami cranes will help do that.”

After several months of folding, Tenzin has just finished folding all his origami cranes, (plus a few extra just in case he’s miscounted!), and now he needs your help to turn the cranes into donations for FORCE.

“Now I need your suggestions on how I can turn these cranes into a donation for FORCE Cancer Support, who are at the forefront of helping people get through this dreadful illness. We have benefited from this charity so much and this is but a small gesture of gratitude from all of us,” he added.

If you’ve got a bright idea of how Tenzin can turn his cranes into cash for FORCE please get in touch tenzinwangdi@nhs.net

You can also still support Tenzin via his fundraising page until the end of January 2018 and follow his progress on his blog.