The award-winning FORCE cancer charity shop in Heavitree has celebrated its 20th birthday with a two-day party.
The shop in Fore Street had more than its usual range of bargains with lots of special offers on the theme of 20.
There was:
20 per cent off shoes and some 20p flip flops;
a 20p clothes rail and 20p T-shirts;
a selection of romance, thriller and mystery books at 20p;
a kids clothes rail with 20p items;
20p kids goodie bags;
at least 20 golden ticket items hidden around the store each day offering great knock down prices.
Music from the 90s was also playing and there was a bake sale each day from 11am to 1pm.
“We had some really good deals on offer,” said FORCE Shop Manager Anna Heard. “We had a bit of birthday fun to say a huge thank you to all the volunteers who have put in such hard work over the years and a great big thank you to all our customers and the local community for their continued support. I hope they can all make it to join in the celebrations.”
Since it first opened in 1995, the FORCE shop has achieved a turnover of nearly £4m and a net profit of more than £2m. It has also won every Charity Retail Association award as the most profitable in its category since 1999. 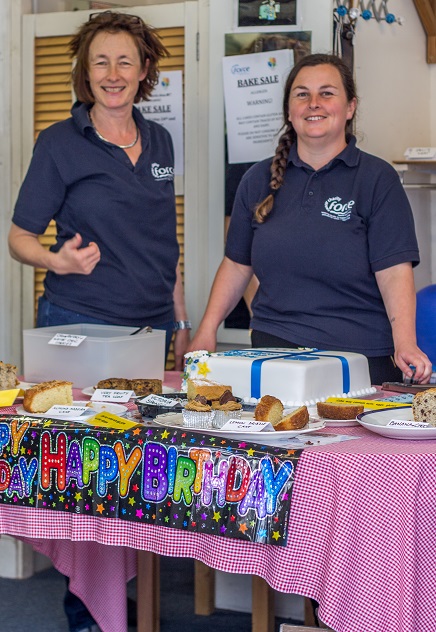