Police dog handler Andi Darbey from Exeter took part in the FORCE Autumn Series cycle ride on Sunday, just 48 hours after her latest round of chemotherapy for breast cancer.

Andi was diagnosed in June and in July she began a treatment plan that involves chemo, surgery and radiotherapy.

But she is determined to stay active and continue raising money for a charity she has supported for many years and is now supporting her.

Andi was joined by more than 20 family members, friends and colleagues from Devon and Cornwall Police on the FORCE ride. 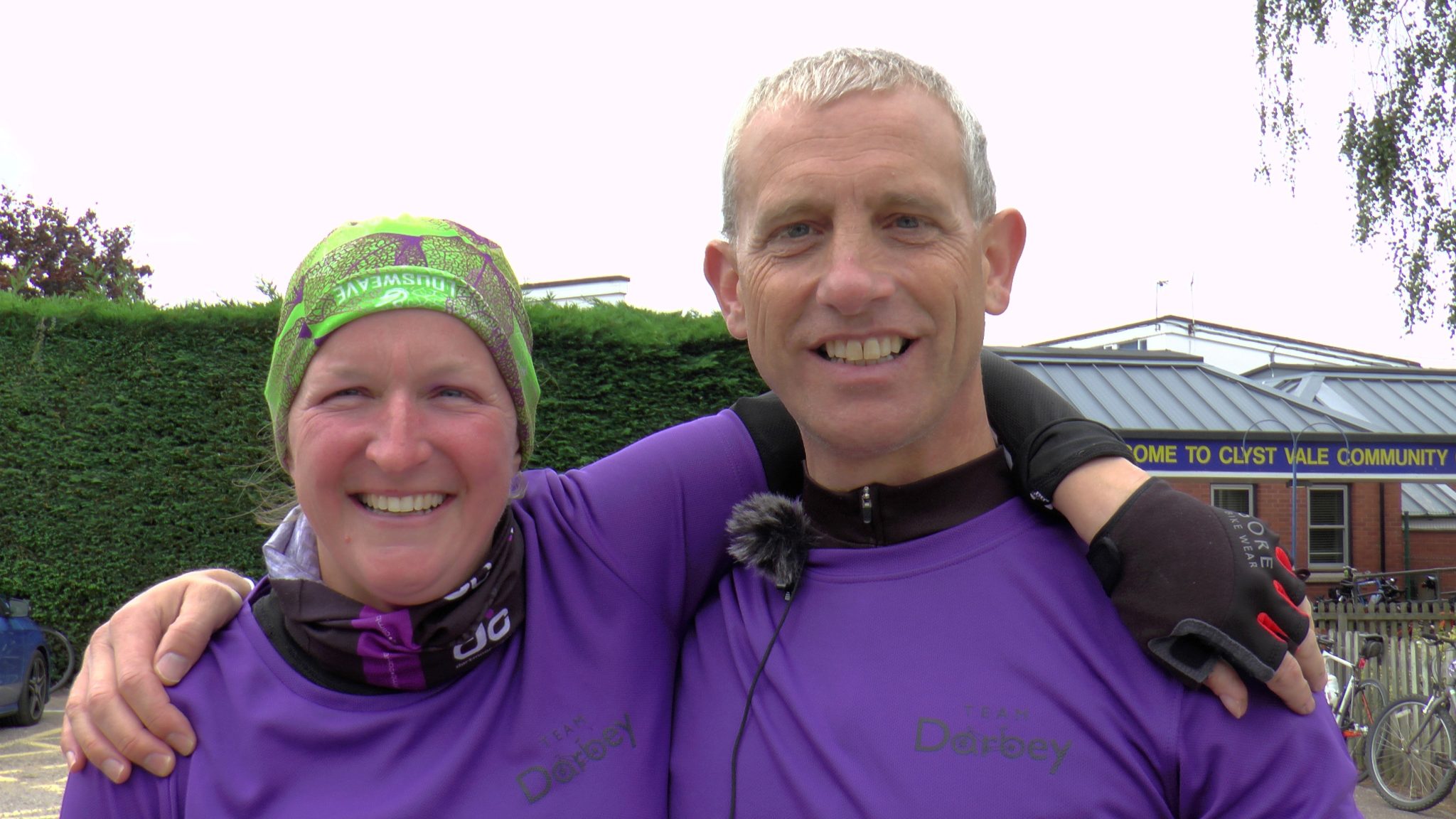 Team Darbey, as they called themselves for the day, were decked out in distinctive purple T-shirts with Andi on the back of a tandem dubbed the Purple Princess with fellow policeman Steve Cruwys, both wearing matching tutus.

“All these kind friends and family have come along to support me and hopefully we’ll raise lots of money for FORCE,” said Andi, who lives near Whimple with partner Simon and two-year-old son William.

She and her team lined up with more than 220 other cyclists for the Autumn Series event, sponsored by Bike Shed, which started and finished at Clyst Vale Community College in Broadclyst.

Both routes went via Whimple, Talaton and Payhembury before a breakfast stop at Broadhembury Village Hall.

The longer ride then tooks cyclists on a 23-mile loop around Smeatharpe, Churchstanton, Hemyock and Dunkeswell before returning to Broadhembury for a second refreshment stop.

The two routes then converged to return to Broadclyst via Kentisbeare, Clyst Hydon, Talaton and Whimple.

“Some of us have ridden lots, some haven’t ridden a bicycle for many years, some have only ridden a few miles, so the 30 miler was no walk in the park,” said Steve. “Today was all about supporting Andi and other people going through the same treatment and to raise money for FORCE to allow their brilliant work to continue.”

Andi and Steve have taken part in a number of FORCE cycle events and have also run together over various distances from 10k races, the Great West Run and the multi-terrain Grizzly in East Devon.

Next year Andi and some other female dog handlers will be taking part in a women-only breast cancer ride in London, also raising money for FORCE.

Team Darbey has already raised more than £1,700 from Sunday’s ride. You can support them at uk.virginmoneygiving.com/Team/TeamDarbey