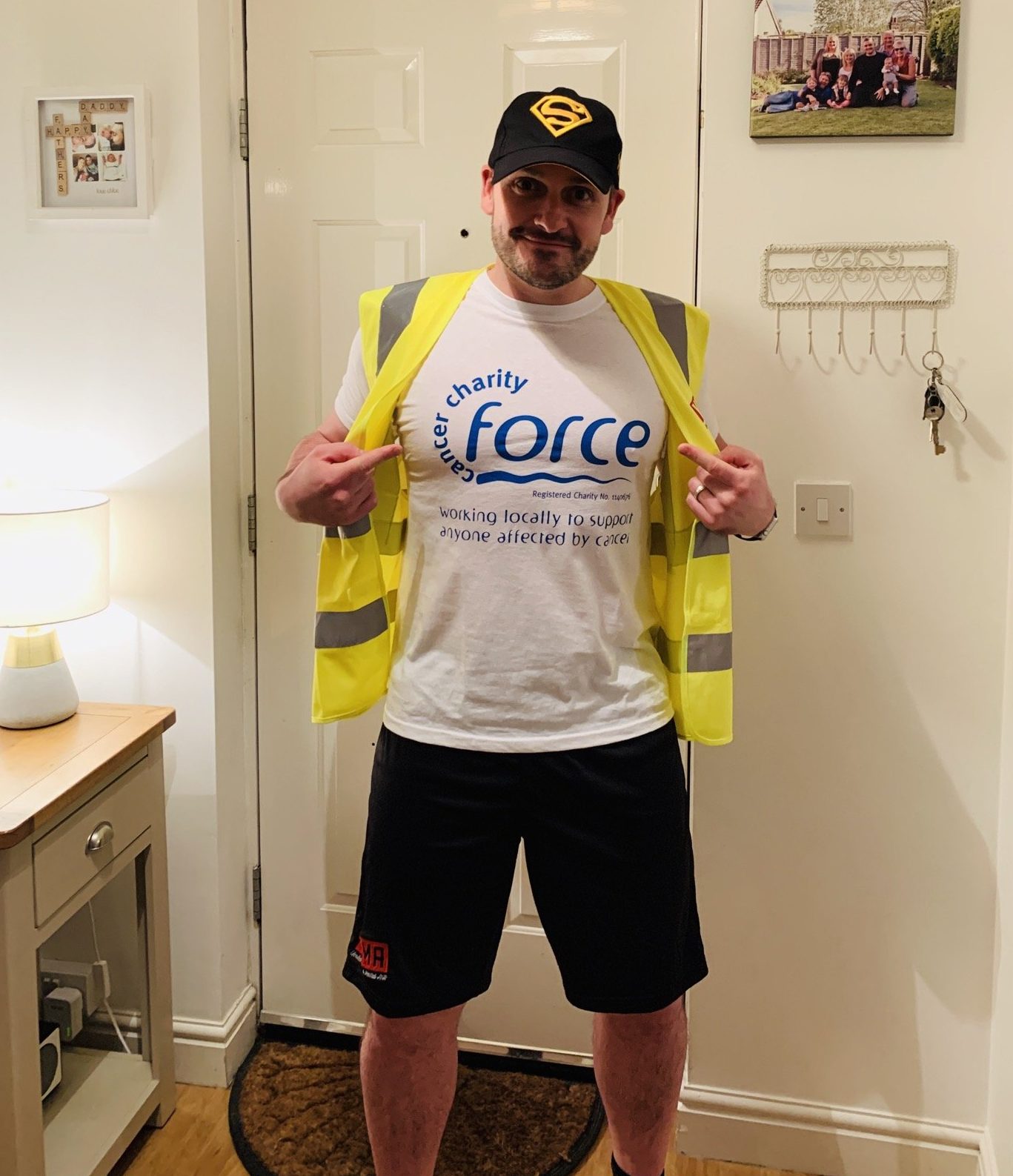 A Devon martial arts teacher is running the equivalent of nearly five marathons in December to raise money for FORCE, the area’s leading cancer support charity.

Dad of two Stuart Youles from Tiverton aims to complete his 130-mile challenge on Christmas Eve.

He set himself a fundraising target of £2 for every mile but smashed through the £260 mark within a week of launching his appeal.

The total on his sponsorship page –https://uk.virginmoneygiving.com/StuartYoules – now sits at over £1,500 including Gift Aid.

Stuart, 37, runs the Youles Academy of Martial Arts -YAMA  with classes in Exmouth, Sidmouth and Tiverton. 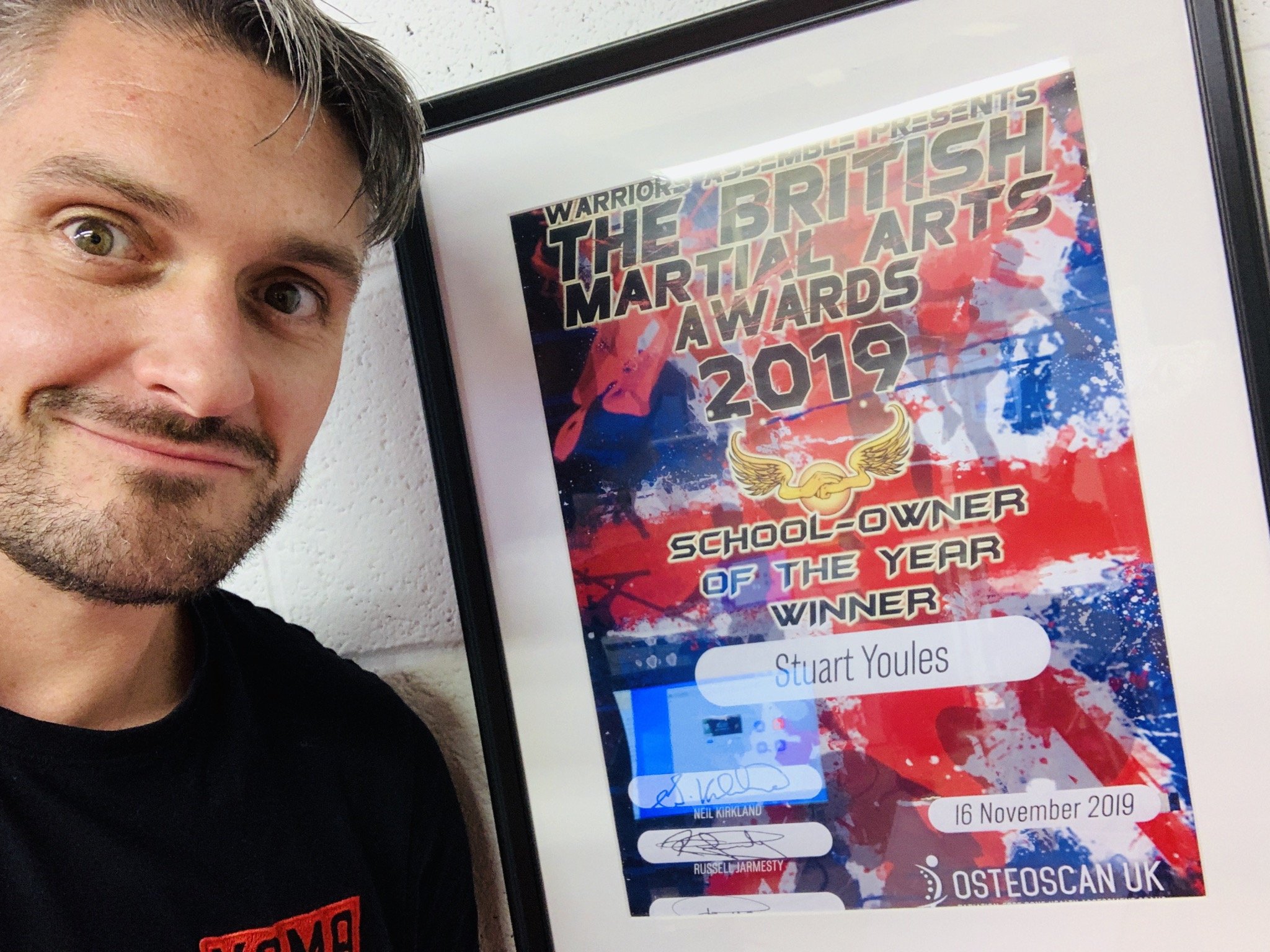 He has been training in martial arts for 30 years and teaching for 18. After being involved at lots of different local clubs, he set up his own academy and his efforts have been rewarded by winning the School Owner of the Year category at the British Martial Arts Awards two years running.

“This year has been so crazy,” said Stuart, a fourth degree black belt. “I’ve been working really hard to get new members and growing the YAMA classes and I feel I’ve done that.

“I needed a challenge to focus on rather than work and getting people into training, excited as I am about that.

“I wanted to help people outside of my club and support a local charity rather than a big, national one. I also I wanted to do something out of my comfort zone.

“I’ve jumped out of a plane before. It was wonderful but I wanted something that would physically challenge me, that I’m going to have to put effort in to make it happen. That’s why I’m doing a run. I’m not a massive fan of running!”

“FORCE is a remarkable charity and the support they give cancer patients and their families is amazing,” said Stuart, who is running around six and a half miles at a time with occasional rest days in between.

“I haven’t set myself a time limit for each run, I’ll just keep battling through until it’s done. Any pain will be nothing compared to what it must be like dealing with a cancer diagnosis,” he said. 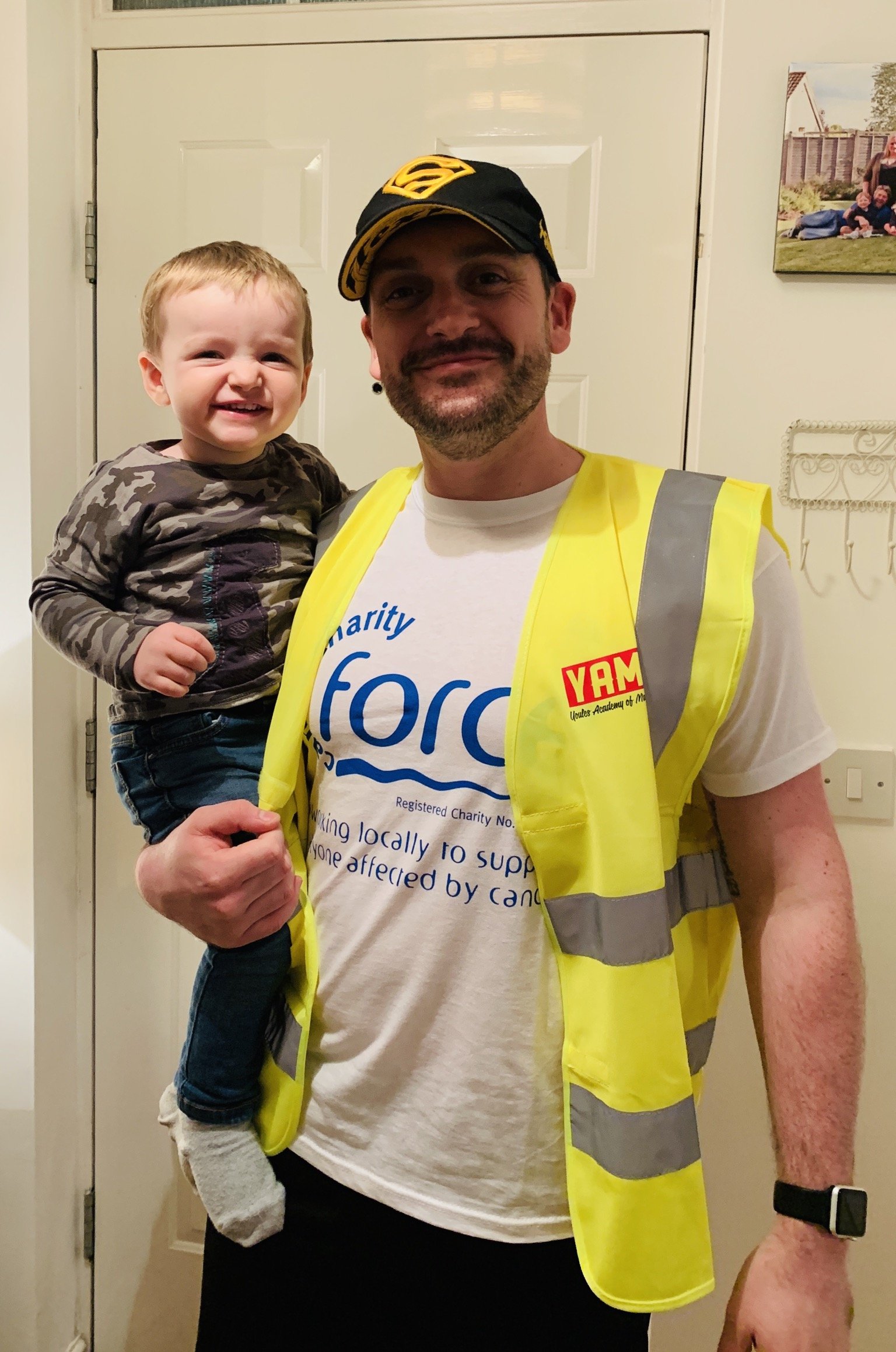 Stuart posted his challenge on Facebook and chose the overall mileage to match the number of “likes” he received.

He plans to finish on Exmouth seafront on Christmas Eve and hopes some of his students will run the last mile with him in their martial arts gear.

“Some of them are already getting sponsorship to run with me, which is brilliant,” said Stuart. “I’ll hopefully finish near a pub so that I can have a pint as I’m off the booze while I take on the challenge!”

He’s fitting his runs around family commitments  he and wife Aimee have a four-year-old daughter, Chloe, and one year-old son, Bobby  and teaching martial arts to around 200 students from as young as four.

He was just about to open a school in Exeter when the first national lockdown came.