Women Can Marathon a perfect fit

The first women only marathon in Devon, which this year is raising money for FORCE, has been found by university researchers to be a perfect fit for the modern active woman’s lifestyle in its challenging off-road route, supportive atmosphere and part in social history.

The study by a team from Cardiff University into the inaugural Women Can event last year said participants had found it a positive alternative to a mixed gender race, reporting direct health and wellbeing benefits to the 300 plus women who took part.

It backs up the overwhelming feedback from runners who praised the atmosphere, support and challenge of the race, and the inspiration behind it. Some participants concluded that it met a niche market, widening participation for women in sport and empowering those who might have otherwise felt excluded from off-road or long-distance running. A relay element enabled women to compete as teams of four or in pairs.

The multi-terrain event, based at Tipton St John, near Sidmouth, was planned as one-off tribute to an icon of endurance running, Kathrine Switzer – the first woman to run the Boston Marathon in 1967 when it was men only.

The race caught the eye of lead researcher Dr Sara MacBride-Stewart when it received national publicity on International Women’s Day 2017.

As an off-road runner herself, she devised a study looking at the wellbeing effects of a women only endurance event in the scenic surroundings of the East Devon Area of Outstanding Natural Beauty and a challenging Jurassic World Heritage site section of the South West Coast Path.

“I’m really interested in how girls and women use outdoor space and some of the myths there are. Not all women are scared of off-road space. Not all want paths cleared. But women do want to run” she said.

“The history of women’s running has been about training and competitiveness. These women run for themselves, enjoying the natural environment around them, taking photographs, running in company and with support from others. It’s OK for them to be non-competitive. 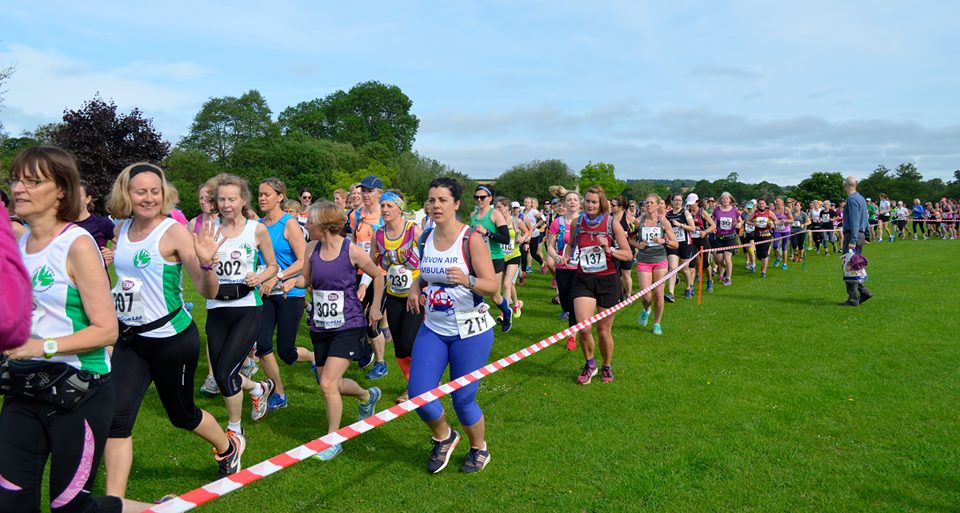 “Some of these women get up at 4am to go out on a run because this is the only time they can fit in away from their families and work. They might meet up with others who have a sense of shared community with this kind of idea. What some women achieve to get out on a training run on a regular basis is no small feat.”

The research found that whilst a lot of entrants had been running for more than 10 years, the event provided an opportunity for many first-time women marathoners.

One participant said: “I’ve been kind of overwhelmed by the number of women here today, it’s been incredible. I know a lot of my friends do run, but this – these are just normal women doing these incredible things and it’s really inspiring I think. That’s my general feeling about the whole thing. It’s great that it’s all off-road and gave us the opportunity to experience amazing countryside round here. It’s more that kind of feeling of being part of something with some amazing cool people, that’s what I really loved. Quite emotional actually especially when you were coming across the line!”

“We looked at why these women run off road and asked what they get from the experience,” said Dr MacBride-Stewart. “We found nature absolutely matters. It’s about the aesthetic, this feeling of being in the beauty of the natural world, almost a sensorial space, what they see and hear, the changing terrain.

“This sense of being surrounded by nature, the more you can be immersed in it, explore, have a sense of adventure, it’s really beneficial. Running off road teaches you flexibility, it requires you to be adaptive. It reflects how we have to be in our modern world as working women.”

The 26.2-mile route was devised by marathon runner Jo Earlam, who lives in Tipton St John, the start and finishing point for the race. As a trustee of the village playing field association she’d organised a 10km race for the last 10 years and wanted to do something special to celebrate the association’s 50th anniversary.

“I’ve taken part in many off-road events around the country, and I knew that the scenery, challenging hill and coastal path experience I had on my own doorstep was pretty special. It was fantastic last year to be taking part as a runner and to hear women commenting on how incredible the route was and how much they were enjoying taking part, despite the pain of the hills and exhaustion from the miles.

“Women Can was about enabling women of all abilities to compete. We had the relay element and long cut off times for this reason. Our winner Lizzy Dyson crossed the line in 3:20, our final women took nine and a half hours, it was an incredible achievement for them and all of those in between. The pictures from the finish line really capture the emotion of the highs and lows and overcoming them. It was a magical day.

“The research by Sara and her colleagues is excellent. It’s thorough, informative, very valuable to us, and great that it shows what an event like this can offer that’s different to what’s already out there.”

The race was intended as one-off to celebrate the 50th anniversary of Kathrine Switzer’s pioneering and empowering Boston run. Feedback was so positive, organisers decided to schedule a repeat, taking place on the same course, again with a relay element, on Sunday May 27 2018.

Researchers asked runners if they felt there was a place for a woman only marathon.

“When I first started I was nervous to run in front of men,” said one participant. “That sounds ridiculous and funny now I’m used to it, but a lot of people starting out get nervous to run in front of men, especially if they’re trying to lose weight. For that reason, they can feel embarrassed. Having races like this makes women feel empowered to get up and do it. More things like this would be good.”

Another commented: “More publicity for off-road running. People think it is the province of men with 2% body fat. Complete nonsense, it’s beneficial to everybody. More publicity for it, more high-profile people endorsing it, which tend to get people engaged with it, but also more races like this.” 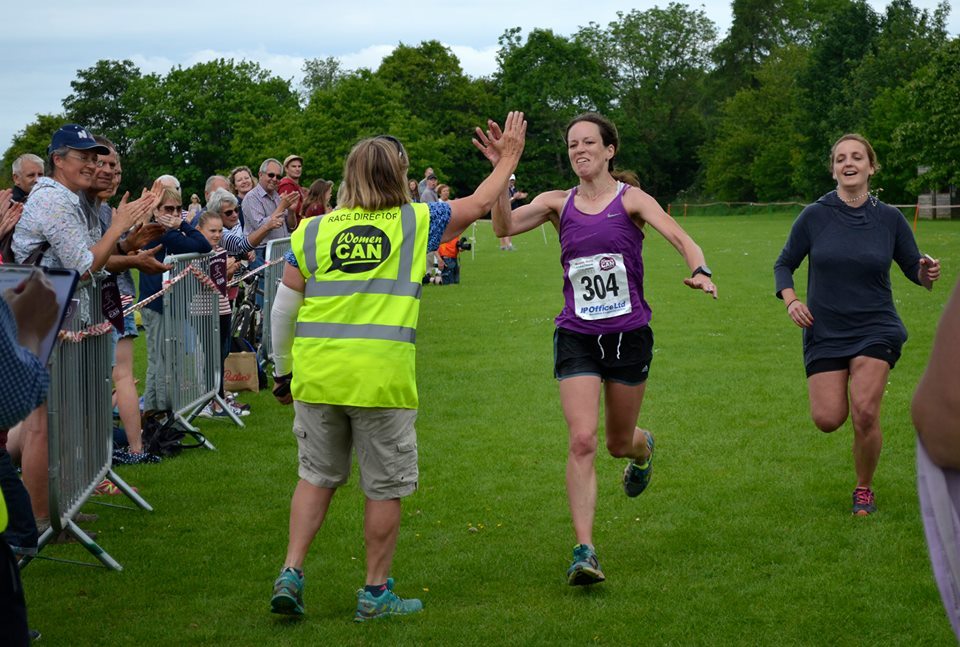 Dr MacBride-Stewart and report co-author Dr Jenny Barnett said: “Any events that challenge perceptions and increase participation are generally viewed in a positive light, fitting with wider activity agendas. While there are other models that can generate the atmosphere and feeling experienced here, the participants of this event verify that there is something a bit different about it being women only.

“It may not be necessarily desired by all, and does inevitably exclude men from participating (although not from marshalling), but the event uptake and the scope of responses describing the atmosphere and participants being motivated to partake by the celebration of women suggest that there is both demand and a unique role for such events as one kind of event within a diverse network.”

For more about the Women Can Marathon, go to womencan.co.uk